WASHINGTON – The war in Ukraine has worsened a difficult period for women, who have seen major economic and social setbacks prompted by the COVID-19 pandemic, International Monetary Fund Managing Director Kristalina Georgieva told the U.N. Security Council on Tuesday.

Speaking via video link to a special Security Council meeting on International Women’s Day, Georgieva said that women disproportionately bear the devastation of war but are the best hope for peace — often as the first to bridge conflict divides.

“My heart goes to all the women bracing the horror of war, protecting their children, caring for the wounded, sacrificing for their countries, their communities, their families,” Georgieva said. “Today this is the fate of our sisters in Ukraine — we admire your courage, we share your pain, we stand with you.”

She said the conflict, along with the COVID-19 pandemic and other crises, are threatening to set back years of progress in gender equality.

“Take the pandemic. Globally, twice as many women as men lost their jobs due to the precarity of their employment, lower social protection, and often the burden of child care and unpaid work,” Georgieva said.

Some 20 million girls in developing countries may never return to school in the pandemic’s aftermath, which will likely significantly reduce their lifetime earnings potential.

Gender-based violence also has been on the rise in sub-Saharan Africa, and Georgieva said if countries in the region could reduce incidences to the global average, this could boost long-term economic output by some 30%.

“When women and girls can reach their full potential, they do better, economies do better, and that is to the benefit of everyone,” she added.


The IMF is planning to present new strategies on fragile and conflict-affected states to its executive board on Wednesday, which will include gender inequality in identifying drivers of country instability, along with food insecurity, forced displacement and climate change, Georgieva said. 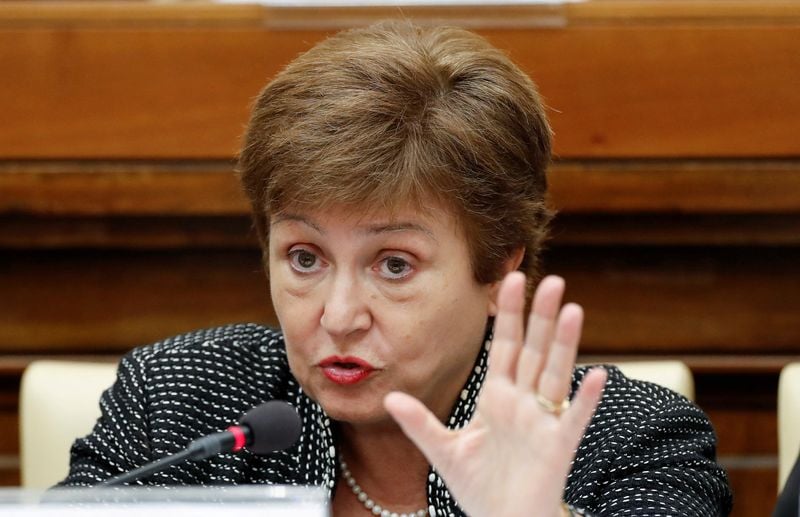