LONDON – A global food crisis sparked by Russia’s invasion of Ukraine escalated on Wednesday as Indonesia tightened curbs on palm oil exports, adding to a growing list of key producing countries seeking to keep vital food supplies within their borders.

The conflict in Ukraine is threatening global grain production, the supply of edible oils and fertiliser exports, sending basic commodity prices rocketing and mirroring the crisis in energy markets.

Palm oil is the world’s most widely used vegetable oil and is used in the manufacture of many products including biscuits, margarine, laundry detergents and chocolate. Palm oil prices have risen by more than 50% this year.

The rise in prices comes at a time when affordability of food is a major challenge as economies seek to recover from the coronavirus crisis and is also helping to fuel a broader surge in inflation across the globe.

Russia and Ukraine are also important suppliers of edible oils as well as contributing nearly 30% of global wheat exports.

Ukraine announced on Wednesday it had banned a wide range of agricultural exports including barley, sugar and meat until the end of the year.

The conflict has not only disrupted shipments from the Black Sea region but is also jeopardising prospects for harvests as fertilizer prices soar and supplies shrink in response to a sharp rise in the cost of natural gas – a key component in the manufacturing process for many products.

World food prices rose to a record high in February to post a year-on-year increase of 20.7%, according to the United Nations food agency, while many markets have continued to climb this month.

Soybean oil prices have climbed by almost 40% this year.

Russia and Ukraine are both major producers of sunflower oil and the two countries account for almost 80% of global exports, leaving customers such as India scrambling to secure supplies of alternatives such as palm oil and soyoil.

Chicago wheat futures have climbed around 60% so far this year, threatening to raise the cost of key food staples such as bread.

The loss of two major exporters in Ukraine and Russia has been compounded by news that the condition of the wheat crop in the world’s top producer, China, may be the “worst in history” according to the country’s agriculture minister.

Serbia announced on Wednesday it will ban exports of wheat, corn, flour and cooking oil as of Thursday to counter price increases while Hungary banned all grain exports last week.

Bulgaria has also announced it will increase its grain reserves and might restrict exports until it has carried out planned purchases.

Grain supplies in Romania, a major exporter, have also tightened as international buyers seek alternatives to Russia or Ukrainian supplies although there are currently no plans to restrict shipments.

Global grain production could also decline as the production of fertilizers, which help to boost crop yields, is curtailed following a rise in natural gas prices.

Yara, one of the world’s largest fertiliser makers, said on Wednesday it was curtailing its ammonia and urea output in Italy and France.

Russia, which calls its actions in Ukraine a “special operation” rather than an invasion, had been a major supplier of fertilisers but the country’s trade and industry ministry recommended on Friday that producers temporarily halt exports. 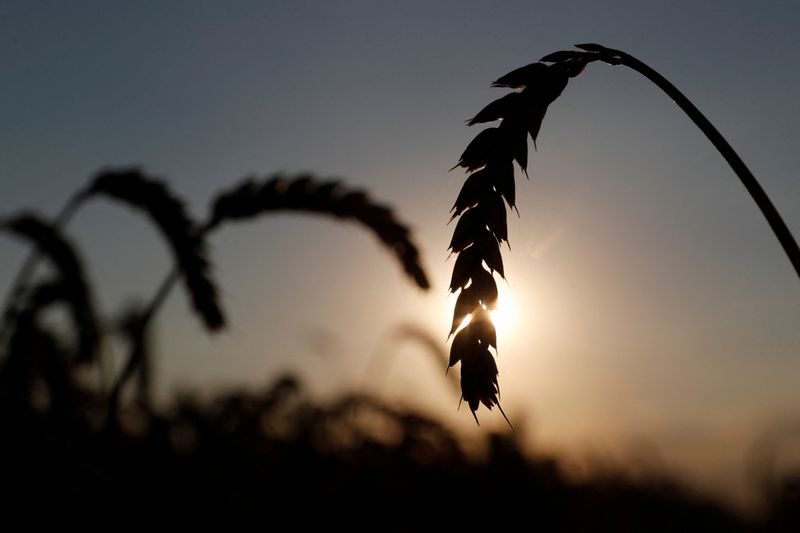