WASHINGTON – The International Monetary Fund’s executive board is poised to approve on Wednesday $1.4 billion in emergency funding for Ukraine to help it respond to Russia’s invasion, IMF Managing Director Kristalina Georgieva said on Tuesday.

Georgieva told a forum hosted by the Financial Times that the funding came on top of $700 million disbursed to Ukraine by the IMF in December, and $2.7 billion in emergency reserves it received as part of an IMF allocation in August.

She said IMF staff were engaged in daily discussions with the Ukrainian authorities to help them manage the economic crisis triggered by the Russian invasion and mobilize financial support and resources.

The IMF chief said the war had delivered a shock to the world economy, sending energy and food prices higher, displacing millions of people and eroding business confidence.

“The unthinkable happened with Russia’s attack on Ukraine,” she said. “It is tragic, and it is also consequential.”

The global lender was looking at how best to support some of Ukraine’s immediate neighbors, including Moldova, which is seeking help, Georgieva said.

She said it was too early to predict the impact on the global economy of the war and the sweeping sanctions that the United States and its allies have imposed on Russia.

It was unclear how much the Russian economy could shrink, but a recession was “a very likely outcome,” she said.

The World Bank’s executive board on Monday approved a $723 million package of loans and grants for Ukraine, providing desperately needed government budget support as the country battles a Russian invasion. 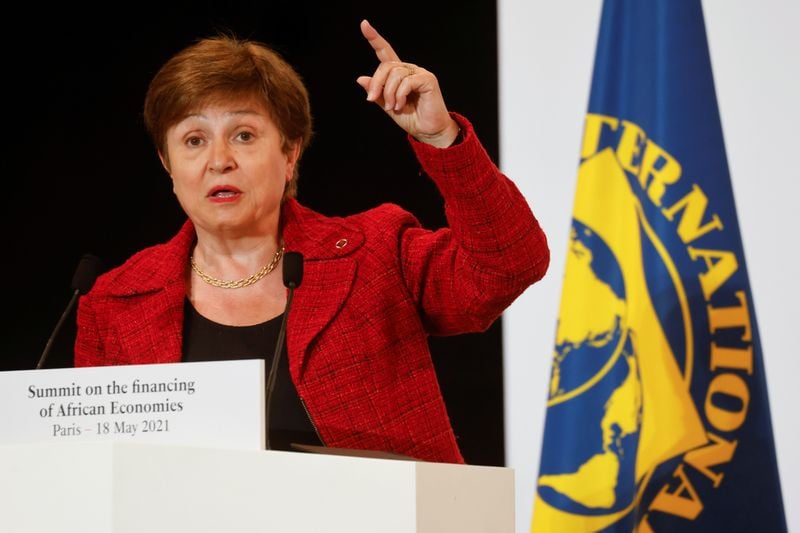