ROME – Italian industrial output posted its steepest fall for more than a year in January, data showed on Wednesday, as the growth outlook for the euro zone’s third largest economy weakens amid surging energy prices.

Industrial production declined by 3.4% from the month before, Italy’s statistics bureau ISTAT reported. That followed a 1.1% drop in December and was the largest fall since September 2020.

Italy had not posted two consecutive monthly declines since March and April 2020, at the height of its coronavirus crisis.

The data gets this year off to a weak start even before the economic headwinds generated by the rising energy costs, Russia’s invasion of Ukraine and the sanctions imposed on Moscow by Western nations.

In a separate report, ISTAT said the recent rise in energy costs, which crimps the purchasing power of households and the competitiveness of companies, will reduce Italy’s economic growth this year by around 0.7 percentage points.

The Italian economy expanded by 6.6% in 2021 following a record contraction of 9.0% in 2020, a year hobbled by coronavirus lockdowns.

For this year Prime Minister Mario Draghi’s government officially forecasts a rise in gross domestic product (GDP) of 4.7%, but the outlook has worsened significantly since that projection was made last autumn.

Draghi acknowledged this on Monday, telling reporters the geopolitical tensions linked to Russia’s invasion of Ukraine “will clearly influence economic growth this year”.


Amid mounting signs of a slowdown, the Bank of Italy reported on Monday that bad loans at Italian banks rose in January from the month before and bank lending to firms slowed.

Bologna-based think-tank Prometeia said after January’s data it now expected a 2.2% fall in industrial output in the first quarter from the previous three months.

That would be the first quarterly drop since the fourth quarter of 2020.

On a work-day adjusted year-on-year basis, industry output fell 2.6% in January, and ISTAT reported that it was 1.9% below the level of February 2020, before the pandemic hit the economy. 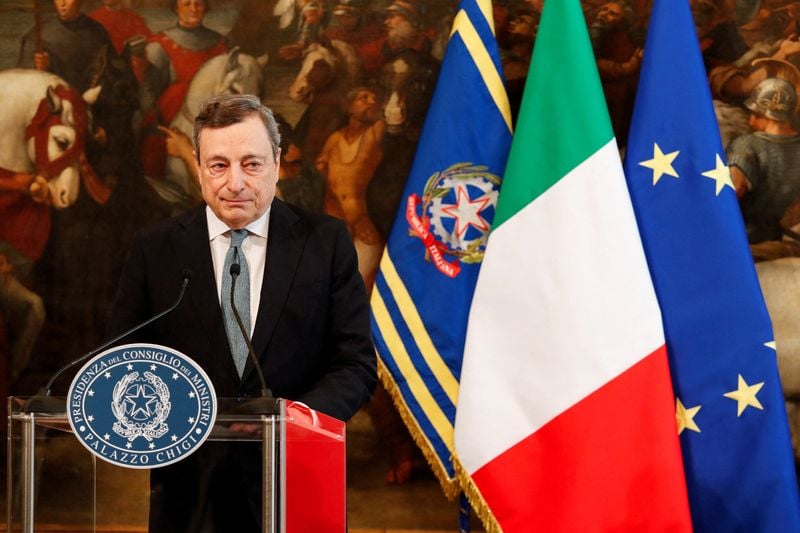