TAIPEI – China is too busy with ensuring stability for a key Communist Party congress at the end of the year where President Xi Jinping will likely get a third term in office to suddenly escalate tensions with Taiwan, Taipei’s government said on Wednesday.

Taiwan, claimed by China as its own territory, has raised its alert level since Russia invaded Ukraine, wary of Beijing making a move on the island at the same time, though it has reported no unusual Chinese military movements.

In a report to parliament on the security implications of the war, Taiwan’s China-policy making Mainland Affairs Council said Beijing would continue to “increase its unilateral actions” against the island.

“But the current priority is to ensure the stability of the internal and external environment before the 20th Party Congress, to pave the way for Xi’s reappointment, and not to suddenly escalate tensions in the short term,” it said.

The congress is likely to take place towards the end of the year, where Xi is widely expected to be confirmed for a third term as China’s leader, an event unprecedented in modern times.

Over the past two years China has increased military activity around Taiwan, mostly by sending fighter jets into its air defence identification zone.

Taiwan calls these incursions “grey zone” warfare designed to test its pilots’ response times and wear them out with constantly having to scramble.

The Mainland Affairs Council said China’s failure to condemn the invasion, which Russia calls a “special operation”, or to place any sanctions on the country was in contravention of the United Nations Charter and rules of international relations.

“It will also become a security risk for the Taiwan Strait,” it added.


China has never renounced the use of force to bring Taiwan under its control, and stand-off between the two remains a potentially dangerous military flashpoint. China recognises no claims of sovereignty by Taiwan.

Speaking in Beijing earlier on Wednesday, the Communist Party’s fourth-ranked leader Wang Yang said “uncertainties and instabilities” over the Taiwan Strait had increased.

“But the times, momentum and righteousness are always on our side,” said Wang, who heads China’s top political advisory body.

“We have the overall strength and sure-win confidence to cope with various complex situations.” 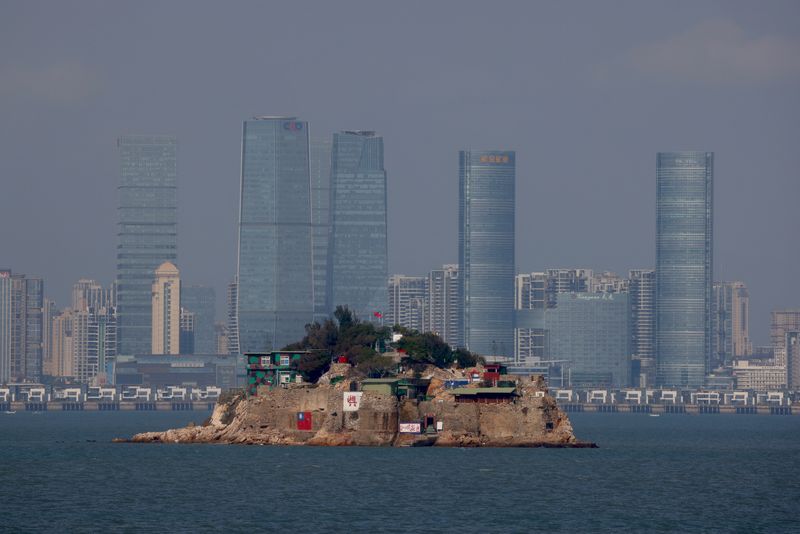 Israel heads to Nov 1 election with Lapid as caretaker PM