LVIV, Ukraine – Ukrainian President Volodymyr Zelenskiy said on Wednesday the international community would be responsible for a mass “humanitarian catastrophe” if it did not agree a no-fly zone to protect his country.

In a daily televised address, he said the threat level in Ukraine was at a maximum nearly two weeks into Russia’s invasion but Ukrainians had shown they would never give in.

“Russia uses missiles, aircraft and helicopters against us, against civilians, against our cities, against our infrastructure. It is the humanitarian duty of the world to respond,” he said.

Related News:   Germany would not block Poland from sending tanks to Ukraine - minister 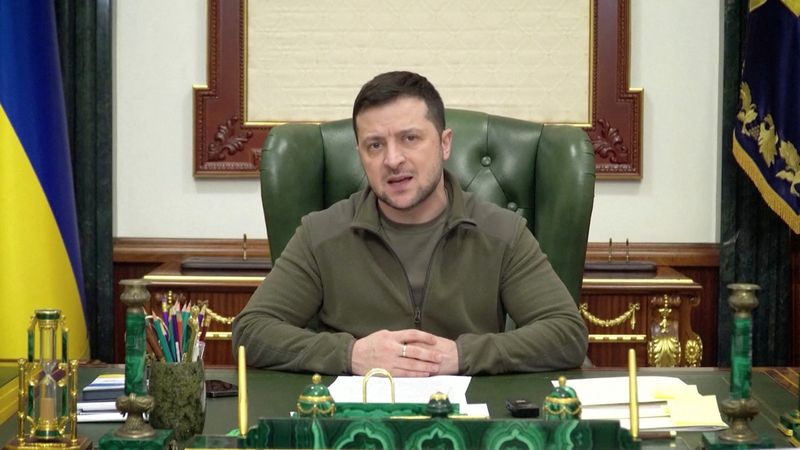