By Valerie Volcovici and Nichola Groom

– The U.S. oil industry and President Joe Biden’s administration are clashing over who is to blame for tight energy supplies that have driven up U.S. pump prices to record highs.

Big Oil blames the problem on Biden’s tighter regulations and push for renewable energy, which it says threaten to constrain output. The White House says the U.S. drilling industry is quick to ask for concessions but slow to open the spigot when consumers need it.

“What permits do they need? I don’t think they need an embroidered invitation to drill,” White House press secretary Jen Psaki told a press briefing on Wednesday.

U.S. oil prices have surged in recent months due to a rebound in demand from the early days of the coronavirus pandemic and supply disruptions from Russia since its invasion of Ukraine. Even after falling sharply on Wednesday, U.S. crude settled at $108.70 a barrel, compared to about $75 at the end of 2021. [O/R]

On Tuesday, Biden banned U.S. imports from Russia, the world’s third biggest producer. Traders around the globe had already been shunning shipments from the country since it invaded Ukraine, an action Moscow calls a “special operation.”

Retail gasoline prices in the United States spiked to a record $4.17 a gallon this week, posing a major problem for the administration as it battles inflation ahead of the November mid-term elections.

“It’s time now for the administration to partner with domestic energy producers to leverage America’s ability to produce more oil and gas and focus on pro-growth policies to benefit our economy and the world’s security,” said the U.S. Chamber of Commerce, a pro-business lobby group.

Oil executives this week mentioned another factor that has limited production but has nothing to do with government: pressure from shareholders to hold back spending on exploration and drilling and boost investor returns through share buybacks and dividends.

The Biden administration has said it wants to decarbonize the nation’s economy by 2050, in part by transitioning off fossil fuels. It has sought to suspend issuing new federal oil and gas leases while it studies their climate impacts, an effort that has triggered a legal battle.

It has also said over the last few days that its policies are not hindering the oil industry’s production, noting this week that U.S. oil producers have more than 9,100 unused permits to drill on federal acres.

Drilling permits are still being issued for federal lands, according to Interior Department records, and the pace of approvals since Biden took office is faster than it was during the administration of Republican Donald Trump.

The administration noted that 90% of drilling takes place on private land that would be unaffected by delays in new federal leasing. It also said it wants more oil, not less.

“In this moment of crisis we need more supply,” U.S. Energy Secretary Jennifer Granholm told attendees at the CERAWeek energy conference in Houston on Wednesday. “Right now we need oil and gas production to rise to meet current demand.”

Indeed, oil production in the country is on the upswing. The Energy Information Administration has projected U.S. oil production will hit a record over 12.2 million barrels per day in 2023 as drillers ramp up output.

WHERE IS THE CONSTRAINT?

Four of the companies – EOG, Occidental, ConocoPhillips and Devon – declined to comment on whether they will raise production by tapping those unused leases. Matador did not respond to requests for comment.

EOG, the largest holder of unused permits with more than 1,000, said it’s “standard practice is to maintain a healthy inventory of the permits necessary to provide flexibility for current and future development plans.”

Labor and supply constraints can also make it difficult for companies to boost production beyond what they had previously planned, Occidental Petroleum Chief Executive Vicki Hollub said at the CERAWeek conference.

She added that oil and gas companies have been limiting costs and spending to return more cash to shareholders. “Capital discipline today for oil companies is basically no (production) growth,” Hollub said.

Her view was echoed by another executive at the conference.

“As an industry, we can’t lose sight of the returns,” said ConocoPhillips CEO Ryan Lance, and he also blamed the administration’s “poor energy policy, poor regulatory policy” for creating the current squeeze. The company has nearly 400 unused federal permits.

For Jesse Prentice-Dunn, policy director for the Center for Western Priorities, this adds up to an oil industry dragging its feet, rather than an administration clamping down on drilling.

“The constraint is not access to public lands, it’s that oil companies are prioritizing shareholders over consumers,” he said. 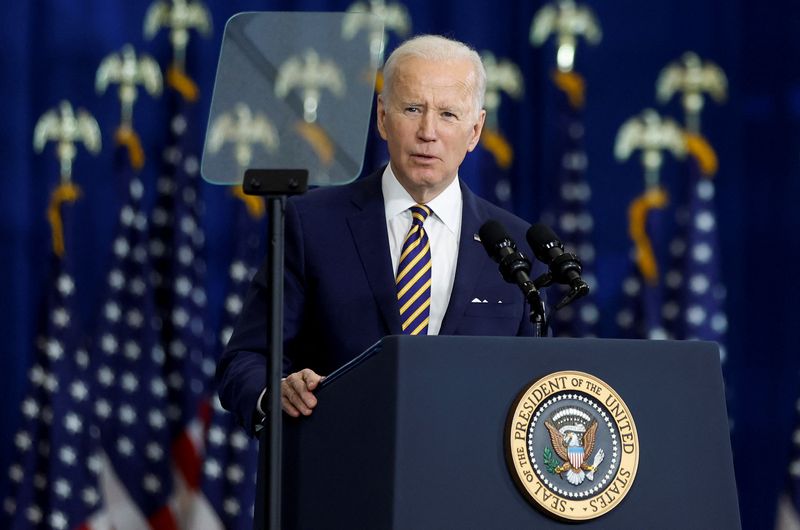