– U.S. shale producers and OPEC, who not long ago were waging a price war, this week found themselves on similar sides as oil prices have surged well above $100 a barrel: in no rush to rapidly boost production.

Less than a decade ago, OPEC was flooding the market with oil in a bid to drive out U.S. producers, who were enjoying surging production as improvements in hydraulic fracturing brought on the so-called “shale boom.”

But on Monday night, at an oil conference in Houston, both sides gathered in a private room at a restaurant and U.S. producers presented OPEC Secretary General Mohammad Barkindo with a bottle labeled “Genuine Barnett Shale” – from the oilfield that launched the shale revolution.

Barkindo proudly displayed the memento as he left the meeting, which included executives from Hess Corp, EQT Corp and Chesapeake Energy. OPEC began hosting the annual dinners in 2017 to better understand its rivals.

While high prices should boost profits for OPEC and U.S. producers alike, drillers fear expensive oil could also sap demand, especially with governments pushing plans to ramp up alternative energy. Both sides also fret that huge new investments in drilling will produce oil only after the crisis has passed.

“What we don’t want to do as a company, and I don’t think anyone in the industry wants to do, is try to chase prices up in the short term and have that run-up be ultimately ineffective,” Chesapeake CEO Domenic Dell’Osso said in an interview.

Were shale to ramp up output only to have prices fall, “we have destroyed a lot of value for shareholders and haven’t helped the problem,” he added.

The gathering of oil barons did not include Russia’s oil minister, a regular attendee of such meetings. Russia’s invasion of Ukraine, which Moscow calls a “special military operation,” has global buyers steering clear of its cargoes for fear being hit by sanctions.

Oil is up 30% since the year began, U.S. diesel is at its highest price since 2014, and fuel shortages are cropping up in Germany. On Thursday, the global benchmark Brent crude settled above $109 per barrel. [O/R]

Scott Sheffield, CEO of Pioneer Natural Resources and the elder statesman of U.S. shale, this week said the Biden administration should reach out to OPEC leader Saudi Arabia to boost production instead of trying to reach agreements with Iran and Venezuela, oil producers that Washington has sanctioned.

Biden has called on the Organization of the Petroleum Exporting Countries to boost production faster but the group and its allies in OPEC+ have stuck to a plan to boost monthly output by 400,000 barrels per day after cutting back when demand fell during the pandemic.

“We need help from Saudi Arabia,” Sheffield told Reuters referring to the need for more Middle East oil. “I’d rather see him go down that direction, versus reaching out to the Iranians and the Venezuelans asking for more oil,” he said.

He did not attend this year’s OPEC dinner but has said he also believes soaring oil prices could lead to another collapse of demand.

Some U.S. producers are under pressure from shareholders pushing for share buybacks and dividend payments rather than more spending for exploration and drilling. Larger companies including Pioneer Natural have committed to limiting new output.

That may change, said Artem Abramov, head of shale research at consultancy Rystad Energy. He believes the high prices will be irresistible to some drillers.

A coordinated industry response and some luck navigating supply chain challenges could add as much as 1.7 million bpd this year, Abramov said. Getting there would “result in unprecedented labor bottlenecks and incremental cost inflation” that investors have not been willing to shoulder, he warned.

OPEC’s state-run oil companies started hosting the annual dinner because they wanted to better understand private sources of financing that allowed new companies to emerge from near collapse and begin drilling again. They got help from energy bankers and advisors interested in keeping new market share battles from erupting.

In the beginning, “We had low expectations that we would even be welcomed by the U.S. independents or even listened to,” Barkindo said this week. Over time, the dinners grew more collegial.

Both sides shared an interest in stabilizing prices after the 2014-16 price war. Prices crashed even more sharply when demand collapsed during the pandemic in 2020. Global exploration spending sank last year to about $51 billion, according to Morgan Stanley estimates, the same as 2005, even though oil consumption last year was 24% higher.

The last time oil topped $120 per barrel as it did earlier this month, a global recession followed six months later. Each 10% increase in oil price will cost consumers $23 billion, estimates JPMorgan.

“Nobody really anticipated needing to grow significantly” this year, said Occidental Petroleum CEO Vicki Hollub this week. Companies that had not budgeted for production increases, she said, cannot now turn on a dime and pump more.

“You would wait several months for a new rig, the service provider would have to go find new employees to man that rig. Labor is super short in the oilfield,” said Chesapeake’s Dell’Osso.


(Reporting by Liz Hampton in Houston; editing by Gary McWilliams and David Gregorio) 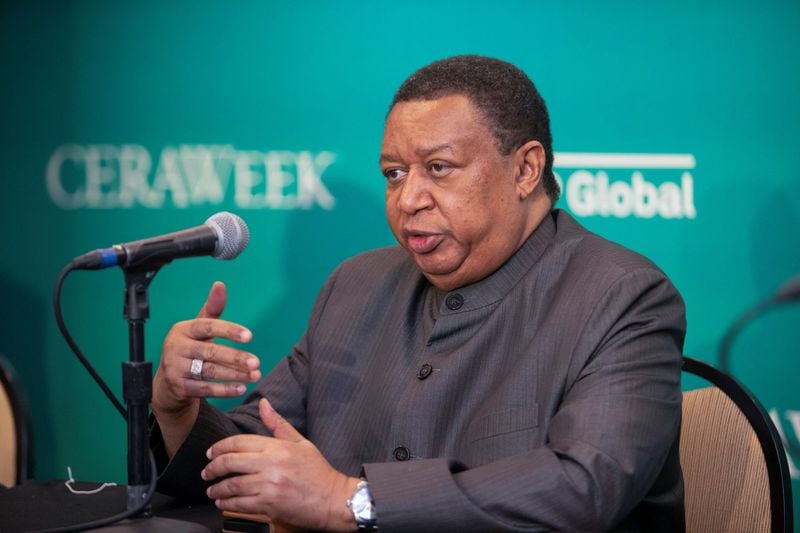