By Saikat Chatterjee and Dhara Ranasinghe

LONDON -The euro’s fall of as much as 4% against the dollar and Swiss franc in two weeks is raising the question of what – if anything – the European Central Bank will do about it.

Euro weakness, in normal times, would be welcomed by an export-reliant bloc that has long struggled to meet a 2% inflation target. But in days of 5%-plus inflation, record energy import bills and a looming Russia-linked growth hit, it is something the policymakers cannot ignore.

Given that the decline is down primarily to the diminishing likelihood of a near-term ECB interest rate rise, investors will want to see how far policymakers are willing to tolerate currency weakness.

What the ECB says is in focus after the Swiss National Bank on Monday pledged to curb franc strength – while the SNB frequently steps in to buy euros and dollars, it has not intervened verbally since 2016.

Analysts speculate that Thursday’s ECB statement may throw in a mention of monitoring exchange rates, a line omitted in recent months. It may also signal rate hikes remain an option. Some even suggest the possibility of direct currency intervention – an extremely rare event.

“The ECB should intervene in EUR/USD,” is the title of a note by Deutsche Bank’s head of global currency strategy George Saravelos, who said euro depreciation was already inflicting economic damage via the import price channel.

“The single most efficient way to ease inflationary pressures in the euro zone at the moment is via a stronger euro,” Saravelos wrote, adding “the more oil and natural gas push higher, the more the euro drops, pushing commodities priced in euros even higher – a vicious inflationary spiral”.

Commodity markets have seen eye-watering price surges this year, with Brent crude touching 14-year highs around $140 a barrel or, in euros, a record-high of around 128 euros per barrel.

European gas prices, up 150% this year, are projected by some to rise by another third to 300 euros a megawatt hour.

Saravelos does not see FX intervention as the most likely outcome, although he does not rule out a coordinated move involving G7 central banks if “things get disorderly”.

Instead he suggested lifting interest rates to 0% from the current -0.5% and a further bond-buying boost as the most effective solution.

Currency market ructions are worrying many central banks, with several, from Poland to South Korea, intervening to support exchange rates.

But the ECB, which has said repeatedly it does not target the exchange rate, has not intervened in the $6.6 trillion a day forex market since 2011, when it joined a concerted G7 effort to weaken the yen following the Fukushima disaster and earthquake.

Its last solo intervention happened in 2000 when it conducted seven bouts of euro-buying amounting to 10 billion euros to prop up the single currency soon after its launch.

One reason for reluctance may be the view that exchange rate pass-through (ERPT) to inflation may have declined: a paper published by the ECB in September estimates the ERPT linked to import prices from outside the bloc at around 0.3%, compared to 0.8% in 1999.

So while a 1% euro depreciation raises import prices on average by 0.3% over a year, headline HICP increases around 0.04%, the paper added.

“The current environment has to worsen significantly and the currency has to fall more rapidly for them to intervene,” said Aaron Hurd, senior portfolio manager, currency, at State Street Global Advisors.

He reckons the euro would have to fall to parity versus the dollar – a further 8% drop – for the ECB to step in.

Moreover, to move the currency significantly, an intervention would have to be sizeable. Daily euro-dollar turnover averaged almost $770 billion in October 2021 in London, a Bank of England survey found.

ING Bank analysts also do not consider the euro “screamingly undervalued”, attributing its fall to diverging rate-hike expectations with the Fed, and hefty outflows from equity markets.

So for now, the ECB may merely talk about “monitoring the exchange rate,” which would “introduce the notion that the ECB may consider measures to support the currency should it fall further” it said.

A further energy price shock could see the currency fall towards the 2020 lows around $1.0640, the bank added. 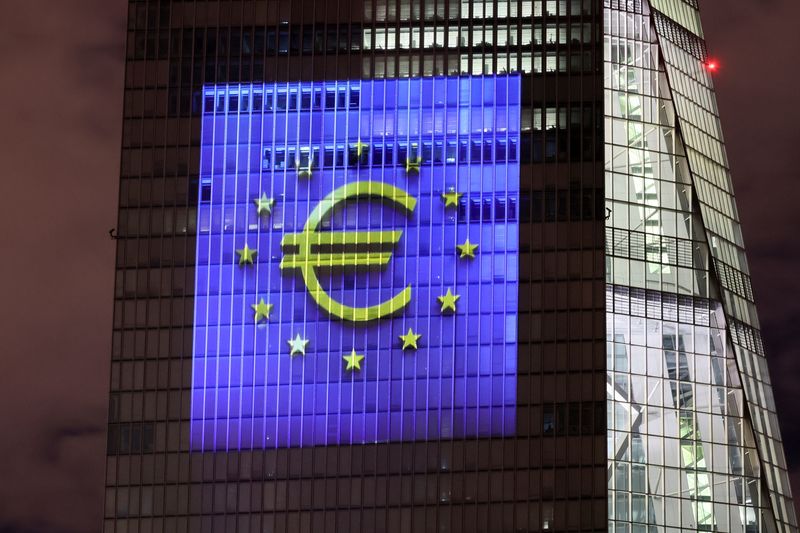