BOSTON – A former University of Southern California water polo coach accepted bribes to help secure spots for wealthy parents’ children as fake athletic recruits at the school , a prosecutor said on Thursday at the start of the second trial in the U.S. college admissions scandal.

Vavic, who was fired in 2019, was among dozens of parents and coaches charged during an investigation dubbed “Operation Varsity Blues” into a vast scheme in which executives and celebrities illicitly secured spots for their children at prestigious universities.

“They would never play for his team,” Stearns said in his opening statement. “It was a lie. And the only reason he was recruiting them was in exchange for the money.”

He said that money came from William “Rick” Singer, a “corrupt” college admissions consultant who made payments to a USC account that funded Vavic’s team and paid nearly $120,000 to cover his own children’s private school tuition.

But Stephen Larson, Vavic’s lawyer, argued Singer was a “con man” who kept the coach in the dark about the scheme. Vavic, 60, never sought bribes but instead was trying to recruit legitimate water polo players whose families could donate to USC, he said.

“While the college admissions scandal was real, Jovan Vavic was not part of it,” Larson said.

Singer, the mastermind of the operation, pleaded guilty in 2019 to facilitating the admission of students through cheating on college entrance exams and by bribing coaches at USC, a central focus of the scheme, and schools like Stanford and Yale to help them gain entrance as phony athletic recruits.


Overall, 51 of the 57 defendants have pleaded guilty, including the actresses Lori Loughlin and Felicity Huffman, among Singer’s many wealthy clients.

Stearns said the students Vavic recruited included the son of private equity financier John Wilson, who was sentenced to 15 months in prison after being convicted in October with another parent in the first trial to stem from the scandal. He plans to appeal.

(Reporting by Nate Raymond in Boston; Editing by Alexia Garamfalvi and Jonathan Oatis) 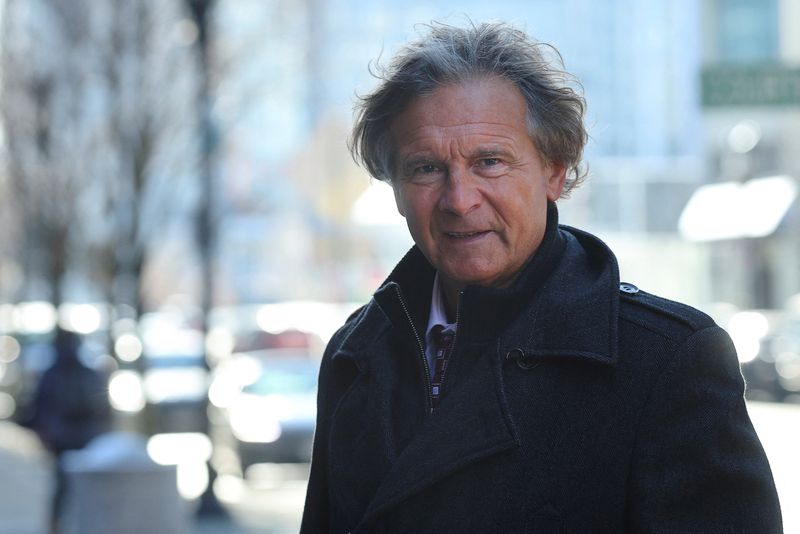