NEW YORK – Investors are bracing for a hit to U.S. earnings as oil and other commodity costs skyrocket and major U.S. companies including McDonald’s begin to halt sales in Russia following Moscow’s invasion of Ukraine.

Estimates of the earnings growth for S&P 500 companies have barely budged since the invasion began two weeks ago, but strategists expect that to change as more companies give guidance on earnings for this year.

The surge in commodity prices remains the biggest risk to profit growth, they said, since overall S&P 500 companies’ revenue exposure to Russia is relatively small.

That means forecasts are likely to “come down across the board for everything but energy.” Also, he said, “you’re seeing a lot of companies back away from Russia.”

In addition to McDonald’s Corp, companies including PepsiCo Inc, Coca-Cola Co and Starbucks Corp stopped sales of their best-known products in Russia on Tuesday. McDonald’s on Wednesday said the temporary closure of its 847 stores in Russia will cost the fast-food chain about $50 million a month. A list of companies that have cut Russia operations and trade can be found here:

One-time costs related to the closures “could be significant on cash flow” for some companies, said Howard Silverblatt, senior index analyst at S&P Dow Jones Indices in New York.

The recent sharp selloff in stock prices suggests investors already are pricing in an earnings impact, strategists said. The S&P 500 is down about 12% from its Jan. 3 record closing high and the Nasdaq Composite Index earlier this week finished down more than 20% from its November record closing high, confirming it is in a bear market.

The forward price-to-earnings ratio on the S&P 500 is now at about 19, down from more than 22 at the start of the year.

Oil prices this week hit a 14-year high at over $139 a barrel, with the United States and other countries imposing a raft of sanctions aimed at stopping energy exports from Russia, the world’s second-largest oil exporter.

While higher oil prices benefit energy companies, they are a negative for consumers and businesses alike and are likely to affect a wide range of companies.

Some strategists have estimated that benefits to energy firms from higher oil prices typically outweigh the drag on earnings of airlines and other companies potentially hurt by higher crude costs, but surging prices for gasoline and other commodities are hitting consumers hard.

A broad rise in consumer prices reported by the Labor Department on Thursday led to the largest annual increase in inflation in 40 years, and inflation is set to accelerate further in the months ahead amid Russia’s war against Ukraine.

Investors expect the U.S. Federal Reserve to raise interest rates this month to try to combat inflation, which would leave the economic and profit growth outlook more uncertain.

The Russia-Ukraine crisis also comes just as many businesses and consumers had begun to operate more normally after two years of living with the coronavirus pandemic. But U.S. profit growth for 2022 already was slated to be much lower than in 2021 when companies experienced a massive bounceback from the pandemic lows.

U.S. companies next month are expected to begin reporting results on the first quarter. Analysts expect first-quarter S&P 500 earnings to increase 6.2% from a year ago, while they expect second-quarter earnings to grow 5.7%, according to IBES data from Refinitiv. S&P 500 profit growth for all of 2022 is estimated at just 8% compared with 52% growth in 2021.

For the second quarter, “it’s going to come really close to no growth,” said Nick Raich, CEO of independent research firm the Earnings Scout. “And third- and fourth-quarter numbers are going to have to come down, too.” 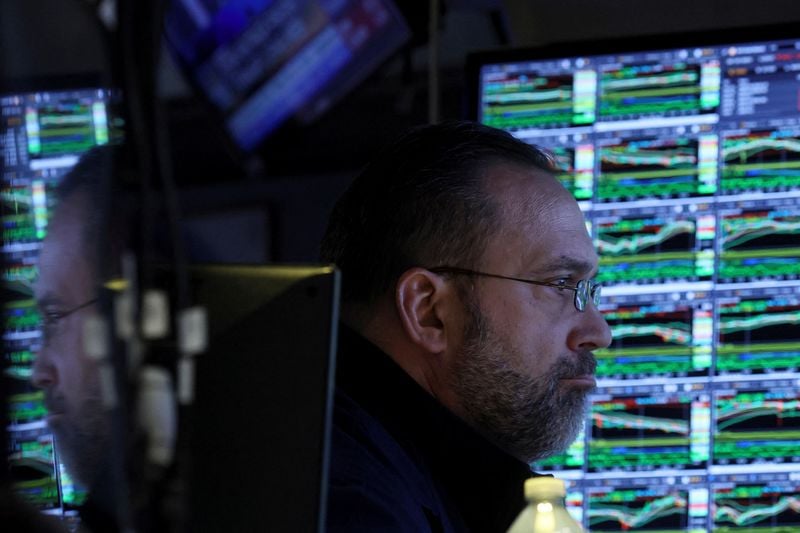