By Tuvan Gumrukcu and Ece Toksabay

ANTALYA, Turkey – Talks between Russia and Ukraine’s foreign ministers on Thursday made no apparent progress towards a ceasefire in the two-week-old conflict or on a humanitarian corridor from the southern Ukrainian port of Mariupol.

Ukraine’s Dmytro Kuleba said after the talks that he had sought a 24-hour ceasefire across the whole combat zone as well as the opening of a Mariupol corridor, but that his Russian counterpart Sergei Lavrov did not commit to either.

Lavrov said he reminded Kuleba that Moscow had presented proposals to Kyiv, and that Russia wanted to see what he called a friendly, demilitarised Ukraine.

The meeting, in the southern Turkish resort of Antalya was the highest-level contact between the two sides since Russia invaded Ukraine on Feb. 24. It lasted just under an hour and a half.

Both Kuleba and Turkish Foreign Minister Mevlut Cavusoglu, who hosted the talks, said it was not an easy meeting.

“I made a simple proposal to Minister Lavrov: I can call my Ukrainian ministers, authorities, president now and give you 100% assurances on security guarantees for humanitarian corridors,” Kuleba told a news conference.

“I asked him ‘Can you do the same?’ and he did not respond.”

At a separate news conference Lavrov said there had been no discussion of a ceasefire, and that the talks in Turkey could not be an alternative to the “real, main diplomatic track”, referring to lower-level meetings in Belarus, an ally of Moscow.

“I am not surprised that Mr Kuleba said that it was not possible to agree about a ceasefire. Here, no one was intending to agree a ceasefire,” he said.

Responding to Kyiv’s condemnation of Wednesday’s bombing of a maternity hospital in Mariupol, Lavrov said the building was no longer used as a hospital and had been occupied by Ukrainian forces, though the Kremlin separately said the incident was being investigated.

“Three days ago at the U.N. Security Council meeting our delegation presented facts that this maternity hospital had long been seized by the Azov battalion and other radicals,” he said.

Russia’s invasion has uprooted more than 2 million people in what the United Nations calls the fastest-developing humanitarian crisis in Europe since World War Two.

Moscow has said that all of its demands – including that Kyiv takes a neutral position and drops aspirations of joining the NATO alliance – must be met to end its assault.

Moscow calls its incursion a “special military operation” to disarm Ukraine and dislodge leaders it calls “neo-Nazis.” Kyiv and its Western allies dismiss that as baseless pretext for an unprovoked war against a democratic country of 44 million people.

Lavrov said he did not believe the conflict would spiral into a nuclear war but he cautioned the United States and Europe that Moscow never again wanted to be reliant on the West.

“We will do everything to ensure that we never again depend on the West in those areas of our life which have a significant meaning for our people,” he said.

Turkey, which hosted Thursday’s meeting, shares a maritime border with Russia and Ukraine in the Black Sea and has good ties with both. It has called Russia’s invasion unacceptable and appealed for a ceasefire but has opposed sanctions on Moscow. 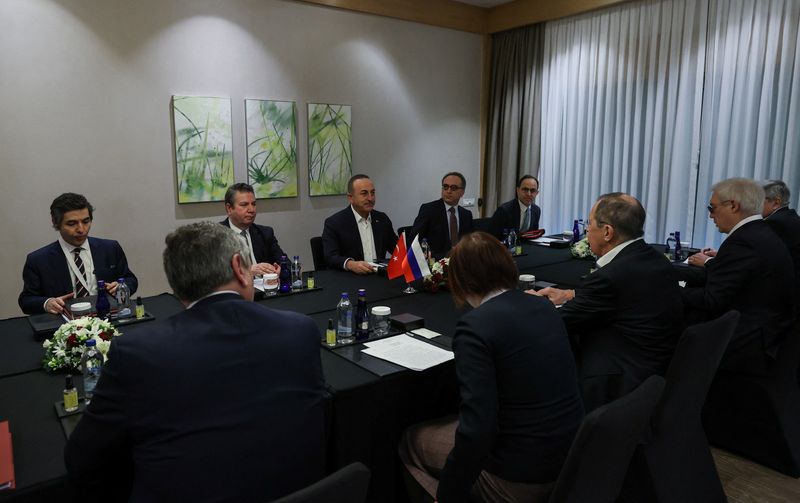 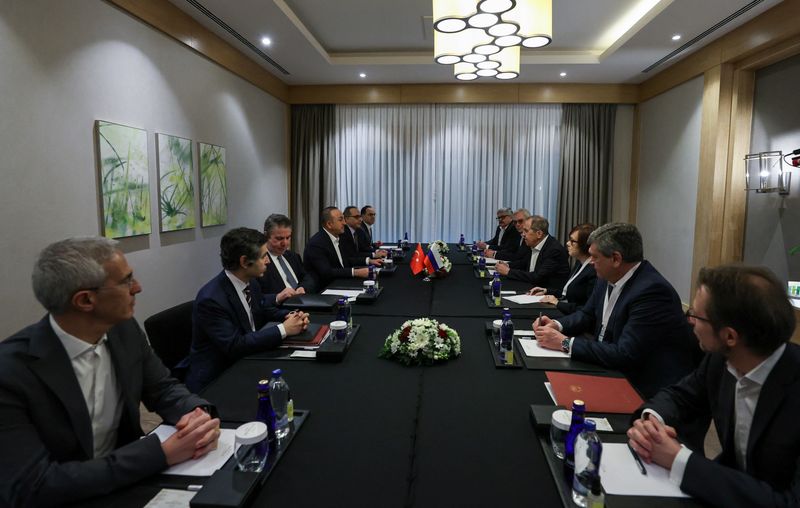 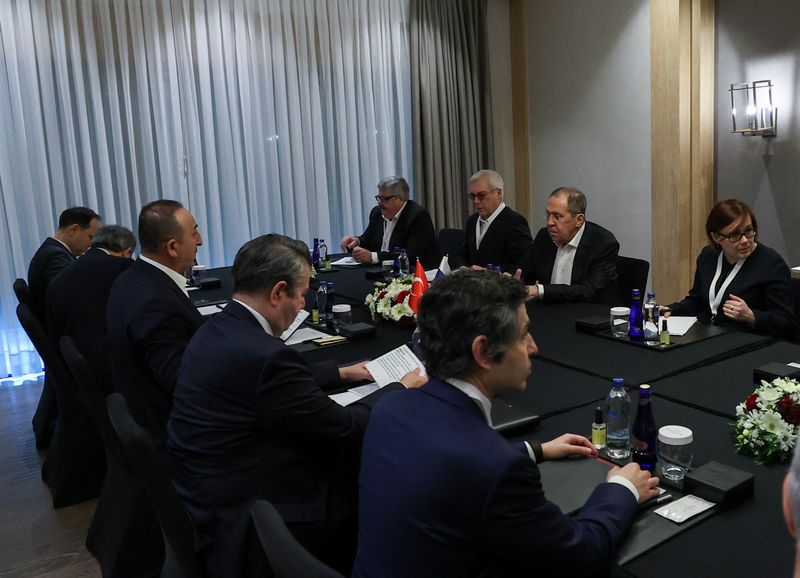 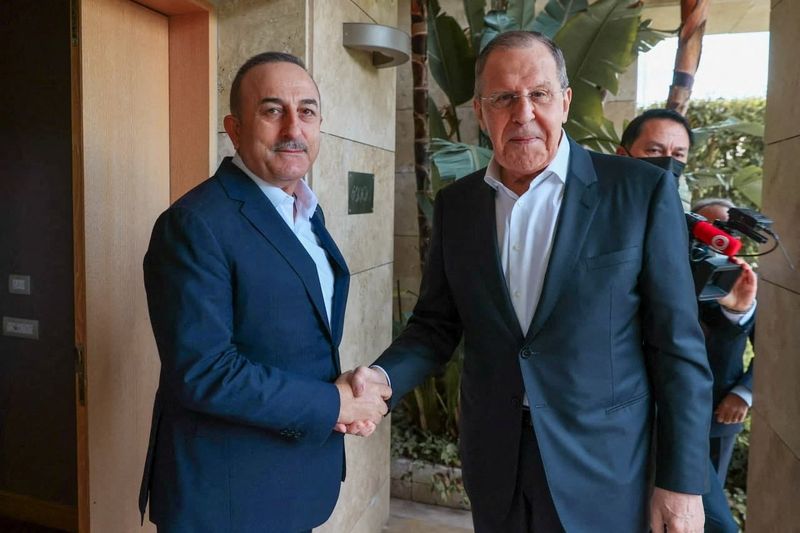