– Employees at three Starbucks Corp cafes in Buffalo, New York voted to unionize on Wednesday, bringing the total number of the coffee chain’s stores with a union in the country to six.

The move comes against the backdrop of unionization efforts gaining momentum at large U.S. corporations, including Amazon.com Inc.

In Buffalo, Walden Anderson, Sheridan and Bailey, and Depew stores won the vote 8-7, 15-12 and 15-12, respectively, Workers United, an affiliate of the Service Employees International Union, said in a Facebook post on Wednesday.

“Starbucks workers have now voted to join unions 6 out of 7 times. Union elections will soon be held in over 120 more shops. The movement to unionize Starbucks is spreading like wildfire,” he said in a tweet.

Starbucks, which has roughly 9,000 U.S. locations, did not immediately respond to Reuters’ request for comment.

In the last six months, Starbucks employees from more than 100 stores in at least 26 states have petitioned the National Labor Relations Board to hold union elections in their locations – including flagship Reserve Roastery locations in New York and Seattle.

Two other stores in Buffalo voted to unionize in December and January, and have begun negotiating contracts. Workers at a third location in the city voted down the union.

Last month, Starbucks workers in Mesa, Arizona, won their bid to join a labor union, marking the first company-owned U.S. location outside of New York state to do so.

(Reporting by Jose Joseph and Shubham Kalia in Bengaluru; Editing by Sherry Jacob-Phillips) 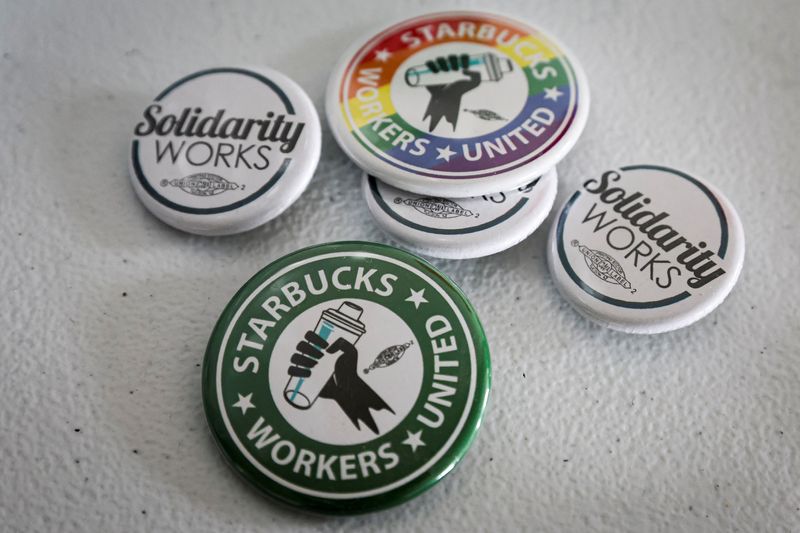 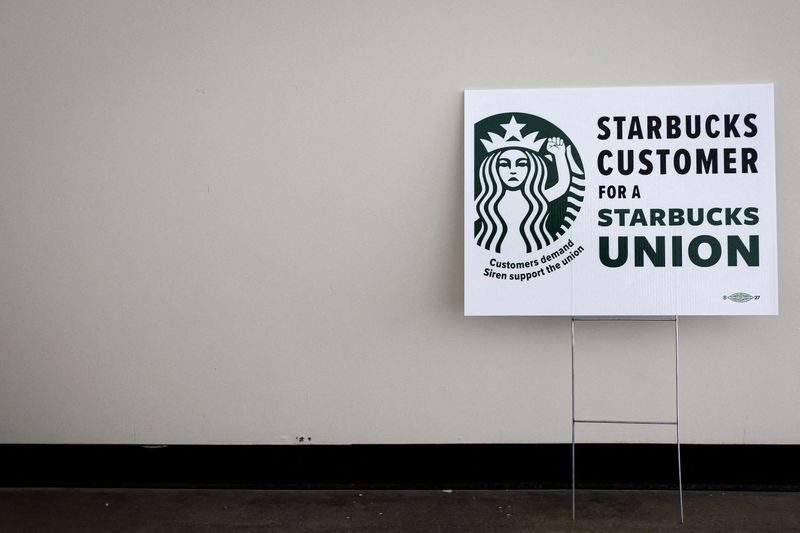