Tremors from the Russian government’s last rouble debt default in August 1998 contributed to what was, up to then, one of the biggest financial quakes – involving a near collapse and rescue of mega U.S. hedge fund Long-Term Capital Management.

Would default in 2022 – even a technical foreign currency default as soon as next week – have similarly deep and far-reaching consequences?

Russia has coupon payments due on March 16 on two sovereign U.S. dollar bonds that don’t have clauses allowing it to pay in roubles or any alternative currencies. But a decree from President Vladimir Putin last week bans the payment of foreign debts in anything other than roubles.

The upshot is that Russia could technically default on two regular interest payments on dollar-denominated bonds totaling $117 million, once a grace period of 30 days has passed.

If Russia does default, it will do so against the backdrop of widespread global market volatility since the invasion of Ukraine on Feb. 24 and near-unprecedented financial, trade and economic sanctions imposed upon Moscow as a result.

The global banking system was greatly strengthened after the 2008-2009 Great Financial Crisis and we know policymakers will do “whatever it takes” if faced with a serious financial crisis. Systemic risk must surely be low.

But the global financial system, markets, and investment flows have never been more inter-connected. The risk of severe volatility, stress, or dislocation in certain areas – as seen in the global nickel market this week – must surely be high.

The only trouble is, there is almost no way of knowing where, in advance, with any certainty. Fear of contagion is likely to permeate investor thinking for months to come.

Minds are cast back to August 1998 when Russia stunned the financial world by devaluing its currency and defaulting on some of its rouble-denominated debt.

Coming so soon after the Asian financial crisis, contagion spread like wildfire. LTCM, at the time a huge and highly-leveraged fund betting on the convergence of a range of spreads, including Danish mortgage bonds, got badly burned just weeks later.

The 1998 failure of LTCM, a subsequent $3.6 billion bailout coordinated by the Federal Reserve, and the scars it left – the dollar’s 10% plunge against the Japanese yen over two days in October of that year is still the largest in almost half a century – are part of market folklore.

Willem Buiter was an external member of the Bank of England’s Monetary Policy Committee at that time. He notes the clear and important differences between now and then, but warns there will be casualties.

“We always have the butterfly effect. The bad news is, we don’t know a lot about the web of direct and indirect exposures of financial and non-financial entities to asset and commodity markets that are in so much turmoil right now,” he said.

The web runs deep and far.

Some entities are reported to have suffered losses running into billions of dollars after being wrong-footed by the surge in nickel prices to more than $100,000 per tonne that prompted the London Metal Exchange to halt trading in the metal.

Charlie Robertson, global chief economist at Renaissance Capital, was cutting his teeth in the market in 1998. He warns that the magnitude of recent price moves and volatility mean the ripple effects could be felt where you least expect it.

“Markets cannot price all of the implications of this. Who is owed money by the airline leasing companies that have 500 planes stranded on Russian soil? Which bank will be exposed? What about all these firms up to their necks in commodities trades? Which country will see a prime minister overthrown because of soaring food prices?,” he ponders.

If that’s not already enough cause for concern, a Russian default would likely add to the downward pressures already building on the world economy. According to Goldman Sachs, global financial conditions are the tightest since 2009.

“It’s a plausible scenario that we have a global recession within six months,” Robertson posits. 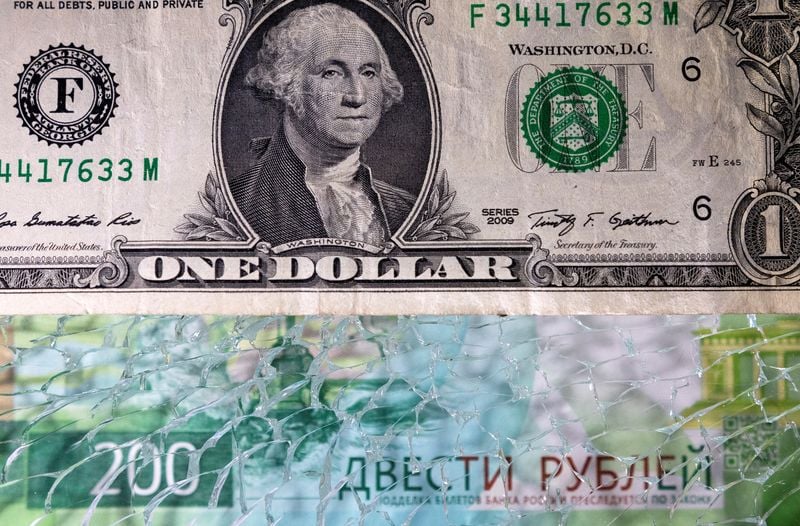 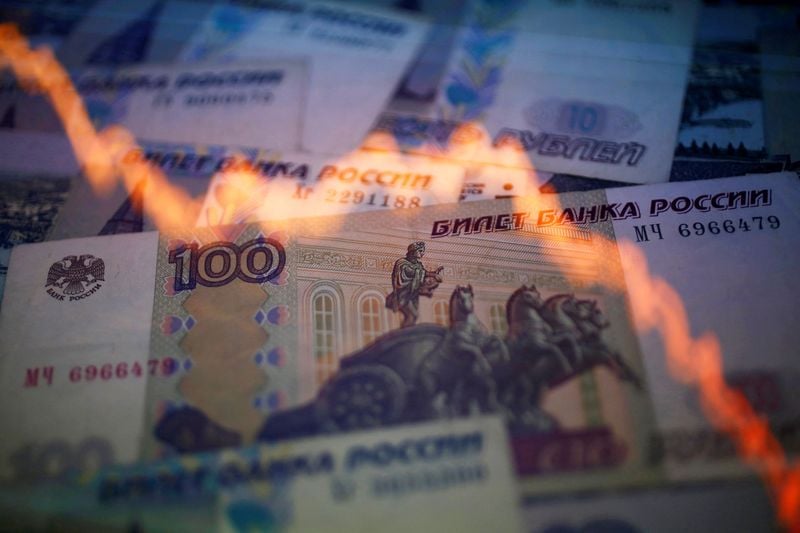