LONDON – Gold prices are likely to rise to record highs as the risk that Russia’s attack on Ukraine will stifle the global economy increases demand for the metal traditionally seen as a safe store of wealth, analysts said.

Russia is a major producer of commodities and its invasion of Ukraine has triggered sanctions, boycotts on Russian goods and huge price rises for oil, gas, metals and crops that will hit global growth.

This should help gold, which is often used as a hedge against inflation as well as economic and political uncertainty. Gold is also more popular when returns on bonds, a competing asset, are low.

Goldman Sachs raised its forecasts, saying all three main groups of buyers — investors, central banks and consumers of jewellery and gold products — were stepping up purchases and gold could reach $2,500 in six months.

“The last time that we saw all major demand drivers accelerate simultaneously was in 2010-2011 when gold rallied by almost 70%,” Goldman analysts said.

By March 2, the latest data available, speculators had increased their net long position on the COMEX exchange to 16.8 million ounces (520 tonnes) worth some $33 billion — the highest since August 2020 — from 6.25 million ounces in early February.

Investors also poured money into exchange traded funds whose stockpile of gold bars swelled by 3 million ounces (94 tonnes) worth nearly $5 billion in the first 10 days of March, according to the World Gold Council.

But UBS’s Staunovo cautioned against betting on big price gains. An easing of the situation in Ukraine or a smaller-than-feared economic impact could see money flow back into equities markets and bond yields rise.

“To turn bullish on gold, we would need to see a stagflation-type event that sends global growth sharply lower,” Staunovo said. 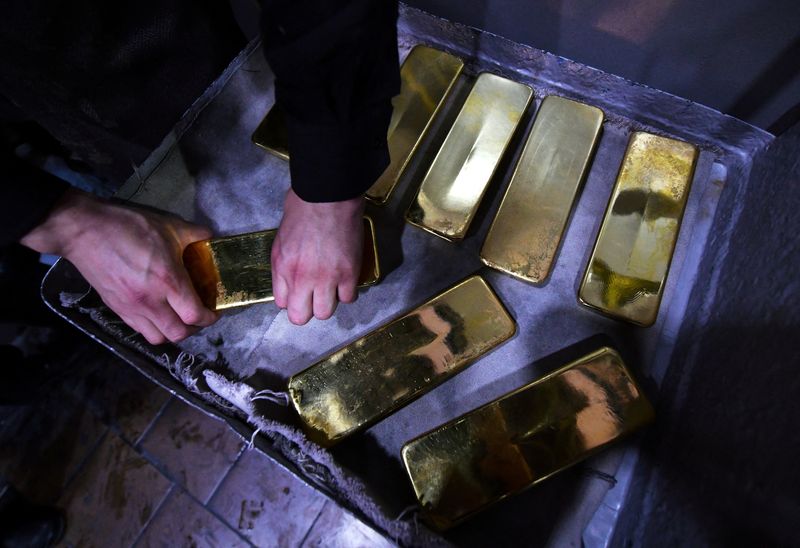