NEW YORK – A Museum of Modern Art patron whose membership card was recently revoked for unruly behavior stabbed two MoMA employees on Saturday when they denied him admission to the famed midtown Manhattan site and then fled, police said.

The two victims, both women, were rushed to a local hospital for treatment of multiple stab wounds to their upper bodies, but “we’re told they’re going to be OK,” John Miller, deputy New York City police commissioner, told a news briefing afterward.

New York City Police Department (NYPD) officers launched a manhunt for the suspect, whom Miller said was familiar to MoMA staff as a museum “regular” and to police from previous “disorderly conduct” incidents, including at least one at MoMA, in recent days.

NYPD was not aware of any record of arrests or other brushes with the law, Miller said.

A letter revoking the man’s MoMA membership card was sent to him on Friday, and he showed up late on Saturday afternoon “with the stated intention” of seeing a film being screened at the museum, Miller said.

When he was told that his membership card had expired and was refused entrance, he became upset, jumped over the reception desk and stabbed the two employees, according to Miller. Surveillance video footage showed him fleeing the museum moments afterward on foot.

The New York Post posted photographs showing each of the two women being moved on gurneys to waiting ambulances outside the museum. The Post said the stabbings triggered a chaotic scene that sent visitors scurrying from the museum, renowned for one of the world’s largest and most influential collections of modern art. 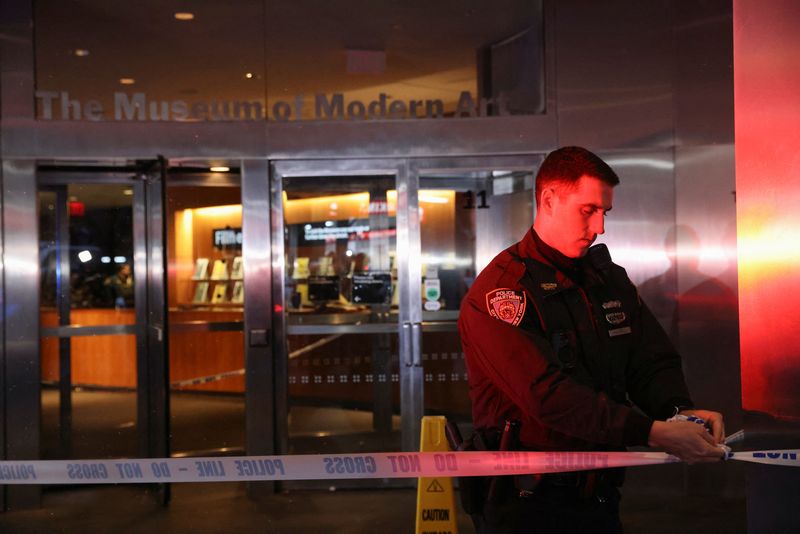 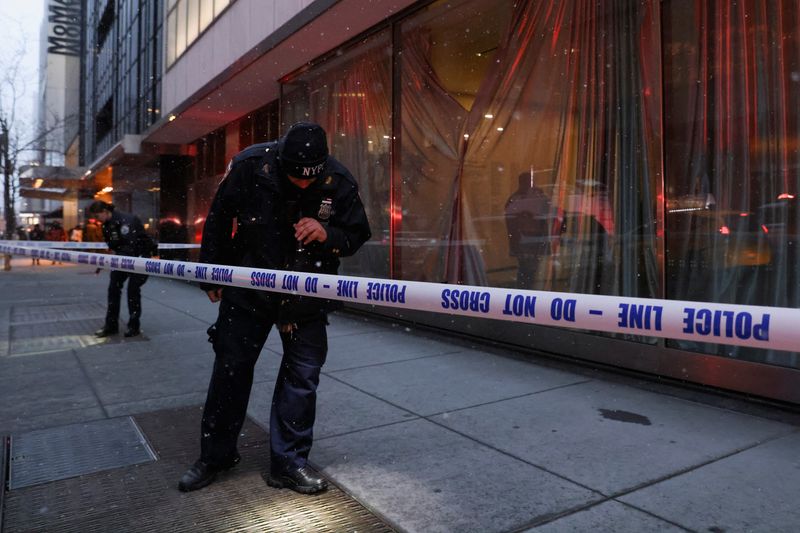 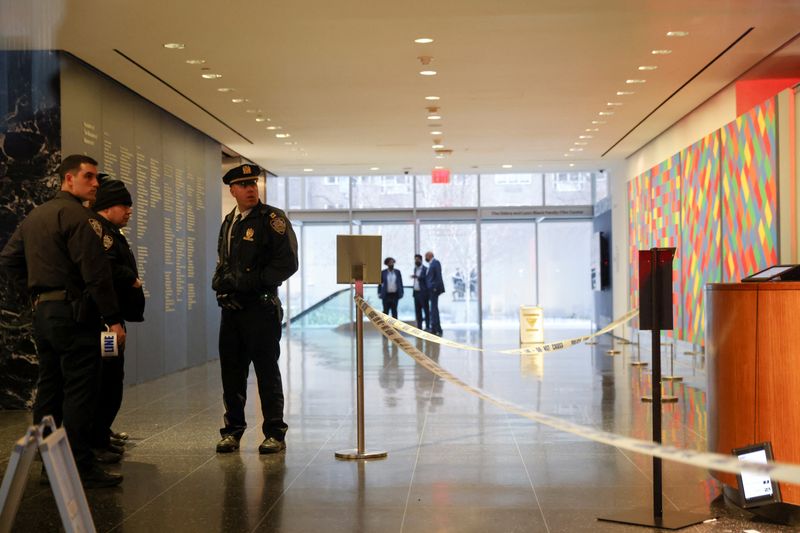