By Jorge Iorio and Eliana Raszewski

BUENOS AIRES – Argentina has halted registration of export sales of soy oil and meal, the South American country’s government said in a statement on Sunday, drawing swift condemnation from the industry in the world’s top exporter of processed soy products.

The move stops sales and exports of the 2021/22 crop, but physical shipments have not started because no harvesting has taken place. The decision by Argentina, the top global exporter of both soybean meal and oil, will likely roil the world soy market, which has seen prices spike on Russia’s invasion of Ukraine.

U.S. soymeal futures prices jumped more than 2.2% in the wake of the announcement, while soyoil futures eased 1.26%.

Argentina’s average monthly exports stood at 1.5 million tonnes of meal and 300,000 tonnes of soy oil in 2021, according to shipping agency NABSA.

The country is forecast to account for 41% of global soymeal exports and 48% of world soy oil exports in the 2021-22 crop year, according to the U.S. Department of Agriculture.

The sub-secretary of agricultural markets said in a statement that export registrations of soybean oil, soymeal and other related products would immediately be halted, a move which comes ahead of the 2021/22 harvest starting within weeks. Around 5 million tonnes of soy oil and other soy byproducts from the 2021/22 campaign have so far been formally registered for export, government data showed.

The local CIARA chamber of oilseed processors and exporters, which represents the industry, said that the government had closed export registration because, the chamber alleged, the government wanted to raise tariffs “by two points” on exports.

“It is totally contrary to the export interest of Argentina,” the chamber said on Twitter. “In addition to being illegal, it will affect the income of foreign currency and employment in the agroindustrial chain.”

The government statement made no mention of export tariffs though these have long been a point of tension with farmers and exporters. The government, battling high debts, needs the dollar income and tax revenues from soy sales, Argentina’s top export.

Argentina’s soy oil and meal exports are currently taxed at 31%. The country’s 2021/22 soy crop is estimated at between 40 million-42 million tonnes, though was hit hard by drought at the start of the year.

Soy traders said the sudden halt in Argentine supplies will steer importers toward the United States and Brazil for replacement supplies.

“Buyers have no choice but to reduce consumption or go to alternative sources for supplies,” said one Singapore-based trader.

“We expect higher demand for U.S. meal. In Southeast Asia, buyers such as Indonesia, Malaysia and Thailand were heavily reliant on Argentine meal.” 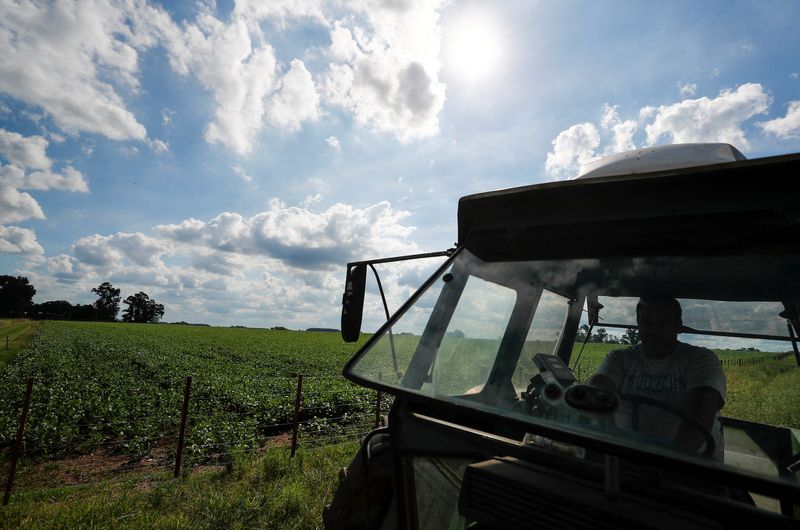