WASHINGTON -Sarah Bloom Raskin’s nomination to become the top bank regulator at the Federal Reserve, already stalled by Republicans, was dealt a heavy blow on Monday after she lost the backing of a senator from President Joe Biden’s Democratic Party.

Raskin’s “previous public statements have failed to satisfactorily address my concerns about the critical importance of financing an all-of-the-above energy policy to meet our nation’s critical energy needs,” Senator Joe Manchin, a conservative Democrat from West Virginia, said in a statement.

“I have come to the conclusion that I am unable to support her nomination,” he said.

With Manchin casting a thumbs down on her nomination, Raskin would need to win over at least one Republican in the evenly divided U.S. Senate to have a hope of being confirmed.

Raskin, however, is the most contentious of Biden’s five nominees to the Fed’s Board of Governors and faces strong Republican opposition. The Democratic president also has nominated Fed Chair Jerome Powell for a second term.

After Manchin’s statement, the White House signaled it was sticking with her and was trying to line up Republican support.

Senator Susan Collins, a moderate Republican whose support Democrats have courted on key votes in the past, told reporters she also would not vote for Raskin, citing “gaps in experience” among other issues.

Toomey and his fellow Republicans on the banking committee have blocked Raskin’s nomination from advancing by refusing to appear for a panel vote on the Fed nominees. They say past remarks indicate she would further a green energy policy that they fear could reduce fossil fuel companies’ access to capital.

Manchin, who represents the country’s second-biggest coal producing state and one that voted overwhelmingly for former President Donald Trump in the 2020 election, has been a persistent roadblock for Biden administration initiatives.

Powell, expected this week to announce the first in a series of interest rate hikes to combat soaring inflation, has broad bipartisan support. Several Republicans have also said they will vote to confirm a second Fed nominee, Davidson College’s Philip Jefferson.

Toomey on Monday told Bloomberg TV he would vote against Biden’s pick for Fed vice chair, current Fed Governor Lael Brainard, as well as against Michigan State University’s Lisa Cook, who if seated would be the first Black female Fed governor. 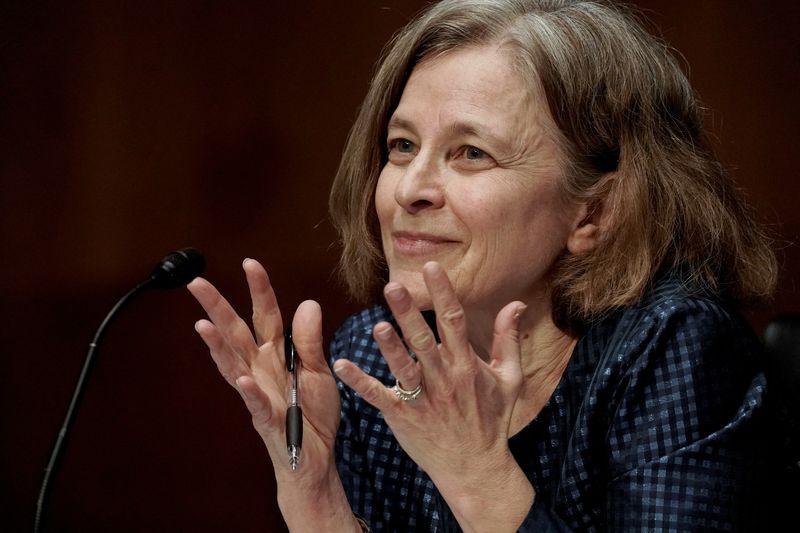 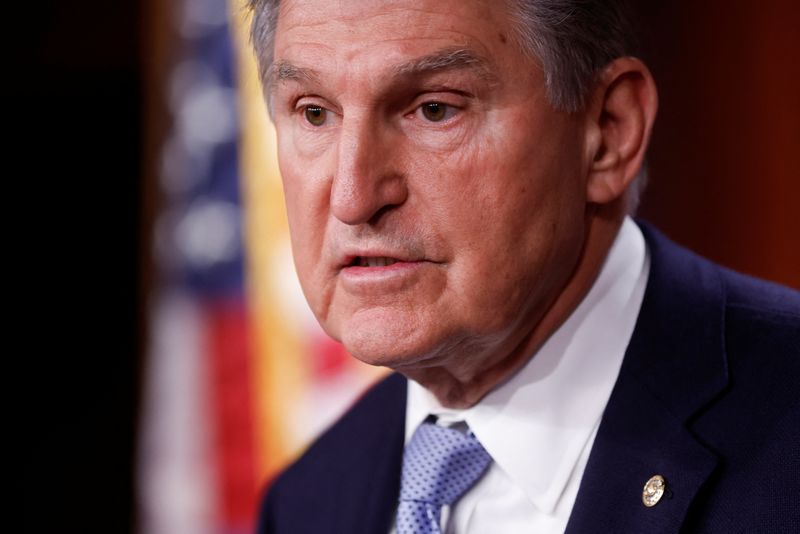