LONDON/PARIS -Largely ignored by the growing ranks of Europe’s socially minded investors, defence firms see a fresh chance to argue for a place in portfolios after Russia’s invasion of Ukraine.

One asset manager announced last week that it would re-allow investment in defence, a sign that cracks are emerging in widespread opposition to owning defence firms from sustainable investors in Europe.

Analysts expect more to follow. But for many with a sustainable tilt – defined by some as investing in companies that aim to have a positive impact on the world – it will prove a tough ask.

Rolls Royce, Thales and Airbus have joined a chorus of companies over the last two weeks calling for investors to treat the sector more favourably, arguing security and stability are key to sustainability.

That comes after a year of the industry lobbying European authorities not to exclude defence from an upcoming framework or “taxonomy” on socially good investments.

It also follows years in which investors across Europe have avoided the sector in favour of firms with stronger environmental, social and governance (ESG) profiles, hurting defence shares and raising financing costs.

Most of the funds focused on sustainability that Reuters has spoken to remain cold on defence. But some are eyeing the returns on offer from the region’s push to raise security spending.

Sweden’s SEB Investment Management announced last week it had overturned a blanket ban on any company deriving more than 5% of its revenue from defence for six of its funds, although the majority of its product range is unchanged, including sustainable funds.

SEB attributed the change to pressure from customers for exposure to defence as Russian troops amassed on the Ukraine border, underlining that fund houses must answer to clients as well as their own sustainability promises.

“We are seeing evidence that a number of large European asset managers are re-evaluating the sector,” said Luke Sussams, head of ESG in Europe, the Middle East and Africa for investment bank Jefferies. “The Ukraine-Russia conflict has been a real wake-up call for ESG investors in general.”

Yet others say the sudden redrawing of Europe’s security architecture does not mean makers of fighters, missiles and tanks are suddenly sustainable.

“Sustainable investments must fulfil the criterion “Do no significant harm” – this is not the case with armaments,” said Henrik Pontzen, head of ESG at Union Investment. It is sticking to excluding from its sustainable funds any company that earns more than 5% of revenue from arms.

Sasja Beslik, head of sustainability at Danish pension fund PFA, said investors were wrong if they believed they could ensure that any investment in defence went solely towards defending borders.

“What are we going to include tomorrow? Let’s include chemical companies that are polluting certain parts of the world, but not the rest. Come on, it’s ridiculous,” he told Reuters.

While funds with a specific sustainable or ethical mandate may find it hard to change tack, others with a looser requirement to “integrate ESG risks” have more flexibility.

Sustainable managers typically avoid businesses that earn 5%-plus of revenue from defence, while the vast majority of risk-focused funds just ban those involved with unconventional weapons such as cluster munitions.

UBS analysts noted that rather than outright exclusions some ESG managers prefer engagement.

According to Morningstar, sustainable funds have a 0.2% weighting to aerospace and defence against the Vanguard Total World Stock ETF’s 1.1%. In Europe the underweighting is starker — 0.2% against 1.6%.

Still, defence lobbyists believe they are now winning the argument, especially after a strong indication that Europe’s drive to help funnel investment to socially and environmentally friendly activities would not exclude their industry.

A report prepared for the European Commission on its ‘Social Taxonomy’ last month omitted an earlier reference of defence as socially harmful. Lobbyists had feared it would lead to widespread fund exclusions.

With Germany, Sweden and others announcing bigger defence spending since the war in Ukraine, analysts have rushed to upgrade forecasts and share prices have soared.

Calling ESG concerns “spurious and morally weak”, Agency Partners said in a note that the EU taxonomy debate had clouded the investability and valuations of defence stocks.

And French warplane manufacturer Dassault Aviation hit out at a “schizophrenic” situation that saw European defence spending rising only for U.S. rivals to benefit, because European suppliers were being harmed by the EU taxonomy drive.

“Taxonomy is not an effective weapon against current threats,” CEO Eric Trappier, who also represents the French defence industry, told reporters. “It is a weapon used against us, the defence industry, and the proof is that… its small suppliers are starting to have problems with their banks.”

The defence industry’s fight is far from over, however.

Including defence in the EU social’s taxonomy would “fly in the face of the ‘Do No Significant Harm principle'”, said Hortense Bioy, sustainable research director at Morningstar.

A spokesperson said the Commission would “carefully reflect on all the implications of those exclusions for defence-related activities”, but stressed no final decision had been made.

For a fragmented industry that can struggle to compete against rivals in the United States where ESG concerns are less commonplace, winning hearts and minds of investors is crucial.

“Even if some banks and investors are coming back to defence, it doesn’t mean they all are,” said Jan Pie, secretary general of European defence industry lobby ASD, arguing that longer term, defence needed more reliable financial backers.

“It shouldn’t be public opinion that decides whether to finance the defence industry.” 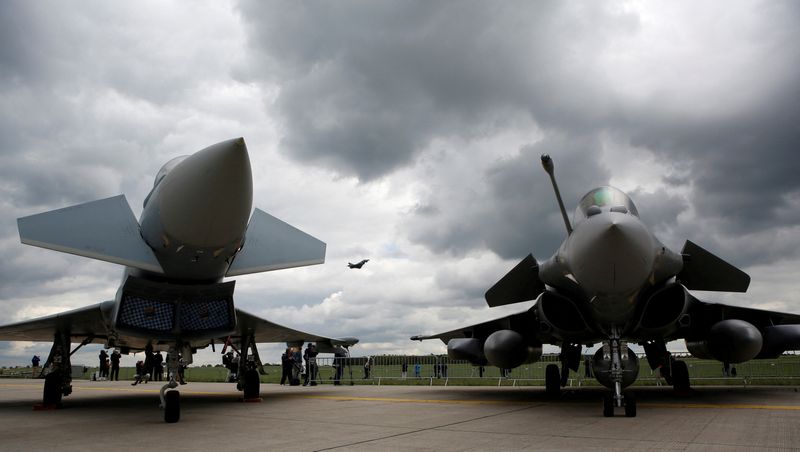