– A worsening drought in the southern U.S. Plains is threatening the region’s winter wheat crop just as the Ukraine crisis dents global supplies.

Some farmers in southwestern Kansas, the top U.S. wheat producing state, have not received much measurable rain or snow since October. Winter wheat is planted in autumn, lays dormant in winter and begins sending up green shoots in spring. Proper soil moisture is critical at this stage for the crop to thrive.

More than half of Kansas was classified as under severe drought or worse as of March 8, the driest conditions since 2018, according to the National Drought Mitigation Center. Severe drought is also covering three-quarters of Oklahoma and more than two-thirds of Texas, both of which also are large wheat producers.

Water woes follow a freak December wind storm that swept away some topsoil in parts of the U.S. wheat belt, damaging some cropland.

U.S. hard red winter wheat represents nearly half of the country’s overall wheat production and is milled mainly for bread flour. A reduced crop could further stoke food inflation that the United Nations Food and Agriculture Organization (FAO) said was the highest-ever in February. The FAO’s Food Price Index averaged 140.7 points last month, a 20.7% increase from a year earlier and surpassing the 2011 record.

U.S. wheat futures soared to the highest levels in 14 years early last week as the Russia-Ukraine conflict pushed two of the world’s largest wheat exporters out of the market, leaving importing countries scrambling for replacement sources.

Meanwhile, the winter wheat crop in China, the world’s largest producer of the grain, is expected to be among the worst ever after heavy rainfall delayed planting.

U.S. hard red winter wheat is harvested in June and July. Normally, farmers would sell about half their crop before harvest, but some Kansas farmers are proceeding cautiously, unable to fully capitalize on soaring futures prices due to concerns they might not be able to fulfill such contracts.

“There’s just no way I can make any crop sales until I know I’ll have a crop to sell,” said Gary Millershaski, a farmer near Garden City, in southwest Kansas.

This is the second straight U.S. wheat crop stalked by drought. The 2021 harvest of spring wheat, which typically is planted from March to May, also was crimped by dry conditions.

As of March 13, just 23% of Kansas’ wheat crop was in good condition or better, 15 points below a year ago, while 38% of was rated poor to very poor, up 16 points over the same period, according to the U.S. Department of Agriculture. That is the lowest rating for this point of the season in four years, the agency’s data shows.

In Grigston, Kansas, farmer Ron Suppes worries that his wheat lacks enough moisture to produce even an average grain crop. Since getting just over an inch of rain in late October, his fields have received scant additional rain. A light snow last week contained very little moisture, he said.

“Any moisture is welcome, but this was certainly not a drought buster. Far from it,” he said.

The coming weeks will be critical for the southern Plains wheat crop, said Lucas Haag, extension agronomist at Kansas State University. Many farmers apply fertilizer to maximize crop potential, but moisture is needed to carry nutrients to plant roots, he said.

Wheat plants damaged by the December wind storm that brought “Dust Bowl” conditions to Kansas face additional drought problems because plants have been weakened either by the sand-blast effect of blowing dust and dirt or by soil nutrient loss from the 100 mph (161 kph) winds.

“It’s just one more stress that the plant has to overcome,” Haag said.

Light rain fell in parts of western Kansas on Monday. But crop-stressing dryness was expected to persist across half of the Plains wheat belt over the 16- to 30-day period, according to Commodity Weather Group. 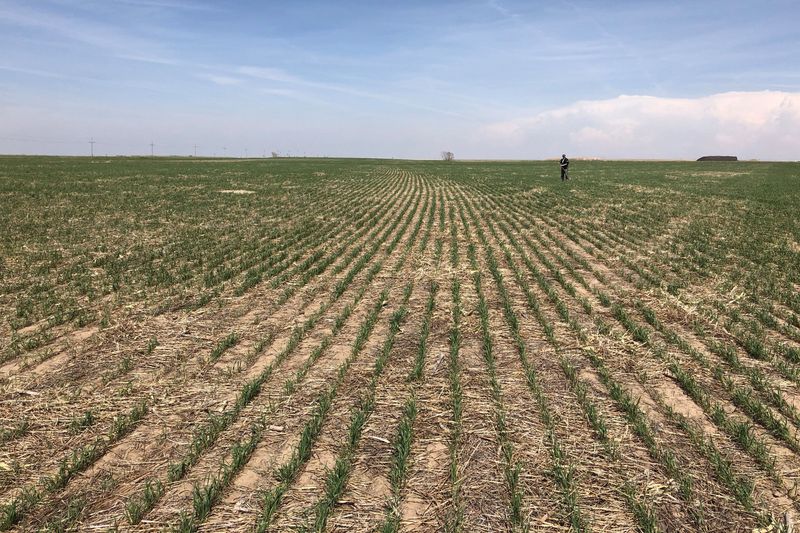 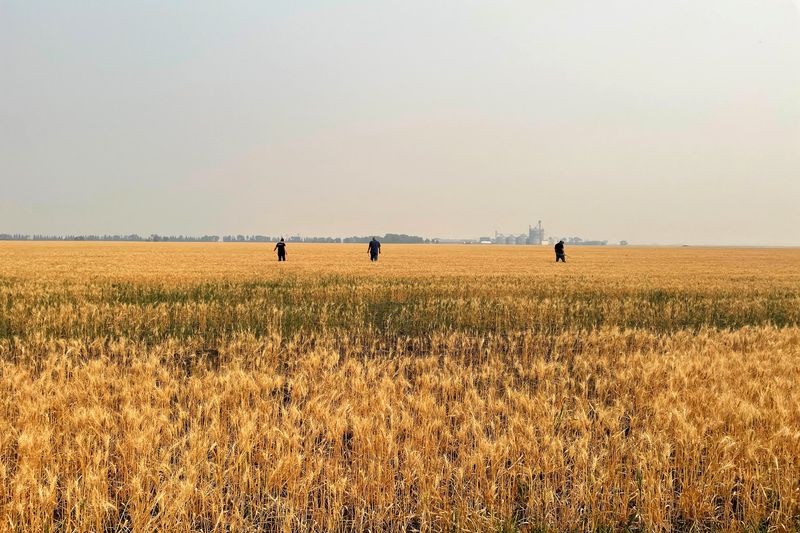