– The Russian central bank is expected to hold its key interest rate unchanged at 20% on Friday after a sharp emergency rate hike in late February designed to support financial stability, a Reuters poll found on Monday.

The central bank raised the key rate from 9.5% on Feb. 28 as the rouble crashed to record lows and people rushed to withdraw money from banks after the West imposed unprecedented sanctions against Russia for what it calls a “special military operation” in Ukraine.

Sixteen out of 17 analysts and economists polled by Reuters predicted that Russia will hold the key rate at 20%, above the 17% level seen in 2014 when Russia annexed Crimea from Ukraine. One expert said he expected a rate hike to 25%.

“The level of geopolitical uncertainty remains too high for a decisive action,” said Sofya Donets, chief economist at Renaissance Capital, who previously worked at the central bank’s monetary policy department.

There is no need to raise rates now as money flowing into foreign currencies has been blocked by other restrictions, while it is too early to speak about rate cuts that would be needed to limit the depth of economic recession, Donets said.

Russia has introduced commissions on buying foreign currency online and banned selling of cash dollars and euros, while also limiting the maximum amount of FX that can be withdrawn from banks’ accounts to the equivalent of $10,000 for at least six months.

Without taking geopolitical issues into account, the level of rates in Russia is shaped by inflation and the need to extinguish panic on the currency market, said Konstantin Svyatny, chief portfolio manager at Aton Management brokerage.

Inflation in Russia is forecast to accelerate to 20% and its economy could fall by as much as 8% this year, an independent survey of analysts requested by the central bank showed last week.

Russians are no strangers to currency crises, having seen hyperinflation destroy their savings after the collapse of the Soviet Union, before President Vladimir Putin came to power.

The Bank of Russia targets inflation at 4% and had gradually raised rates since 2020 to limit a rise in consumer prices, which is denting living standards. 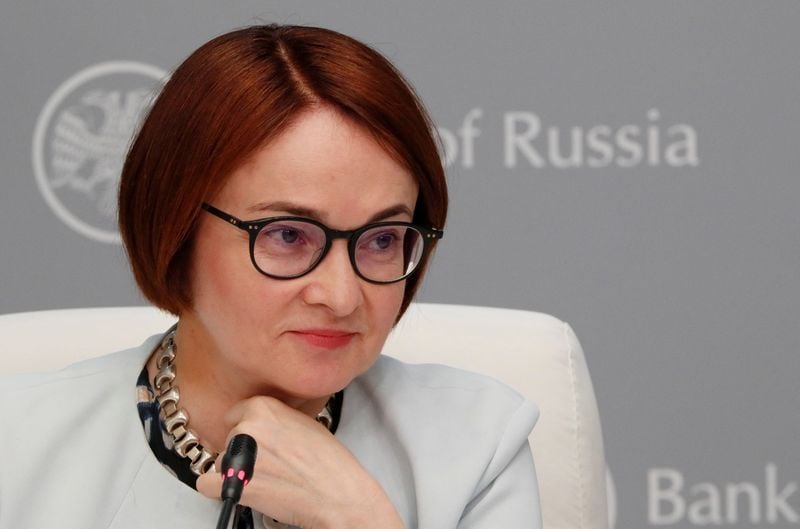