Tension on the Korean peninsula has been rising amid growing signs that Pyongyang could soon follow through on its threats to restart such tests, breaking a self-imposed 2017 moratorium.

The office of outgoing President Moon Jae-in has told president-elect Yoon Suk-yeol a test launch was imminent and that it would not be a surprise if it took place on Monday, the Chosun Ilbo newspaper said.

Yonhap news agency said separately that both South Korea and the United States had detected signs of an upcoming test.

The comment was made as Moon’s national security adviser, Suh Hoon, briefed Yoon on Saturday about foreign policy and security issues, the report said, citing an unnamed official at the president-elect’s office.

“It is so imminent that it would be no surprise if they fire it on Monday,” it quoted Suh as saying. “We are taking the situation seriously.”

A spokesperson for Moon’s office said Suh had briefed Yoon on North Korea’s recent movements, including recent missile launches, and the Ukraine crisis, among other issues, but declined to comment on the Chosun Ilbo report.

Yoon spokesperson Kim Eun-hye told reporters that there could be additional briefings for the president-elect but did not confirm details of security issues.

At a meeting with senior aides, Moon called for Pyongyang to stop escalating tensions and seek diplomacy, and vowed to keep up a solid security posture.

On Friday, the United States and South Korea said in a rare joint announcement that the North had used its largest-ever ICBM in two recent launches, in the guise of satellite launch preparations.

The missile system, the Hwasong-17, was unveiled at a military parade in Pyongyang in 2020 and reappeared at a defence exhibition in October 2021.

The Dong-A Ilbo newspaper also reported on Monday, citing unnamed government sources, that a transporter-erector-launcher used to fire road-mobile missiles such as the Hwasong-17 had been spotted around the Pyongyang airport, where the two recent tests were held.

Yoon, who was elected president last week, had signalled a tougher line against Pyongyang.

While staying open to restarting stalled denuclearisation talks, he has said pre-emptive strikes might be needed to counter an imminent North Korean missile attack, and vowed to buy additional U.S. THAAD missile interceptors.

Before the election, Yoon also warned of “even stronger pressure from the international community if North Korea fires an ICBM under colour of a satellite launch”. 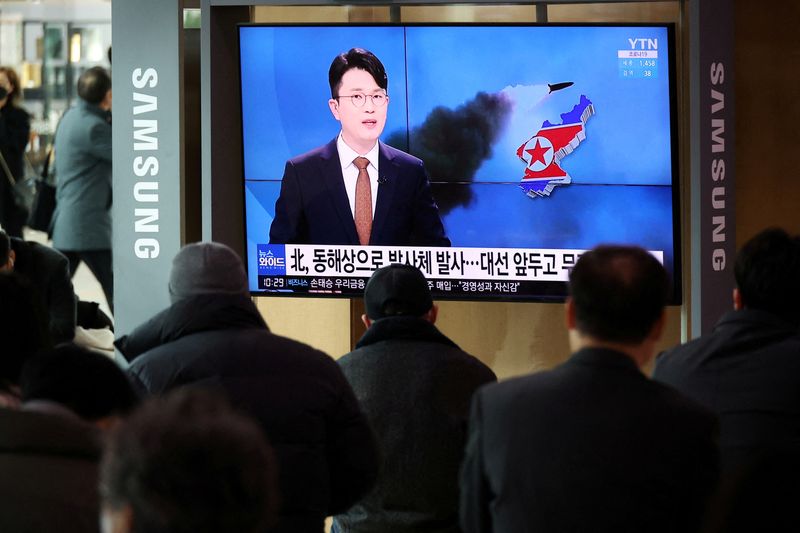 Swiss inflation steady at 3.0% in November as expected