Asked if the Biden administration would meet Ukrainian President Volodymyr Zelenskiy’s demands to close international waterways for Russia and to implement a full trade embargo against Moscow, Adeyemo said the United States would take actions consistent with Zelenskiy’s goals, but declined to be specific.

“So you’re going to see us continue to put pressure on the Russian economy to stop their ability to project power. We’re going to continue to go after Russian elites in order to take away resources from President Putin,” Adeyemo said.

“And then we’re going to use export controls to degrade their ability to project power into the future, all of which are consistent with what President Zelenskiy has been asking us to do,” Adeyemo added.

The Treasury’s No. 2 official said that Western sanctions were already causing a “financial crisis” in Russia that is forcing difficult decisions on how it finances its war efforts. Russia has two dollar-denominated bond payments due on Wednesday and has said it is prepared to pay in roubles – a move tantamount to a default.

“They’re in a position where they’re going to have to make choices about what debts they pay going forward and those choices will ultimately put (Putin) in a position where he has to make a decision about whether he continues the invasion or stops that invasion,” Adeyemo said. 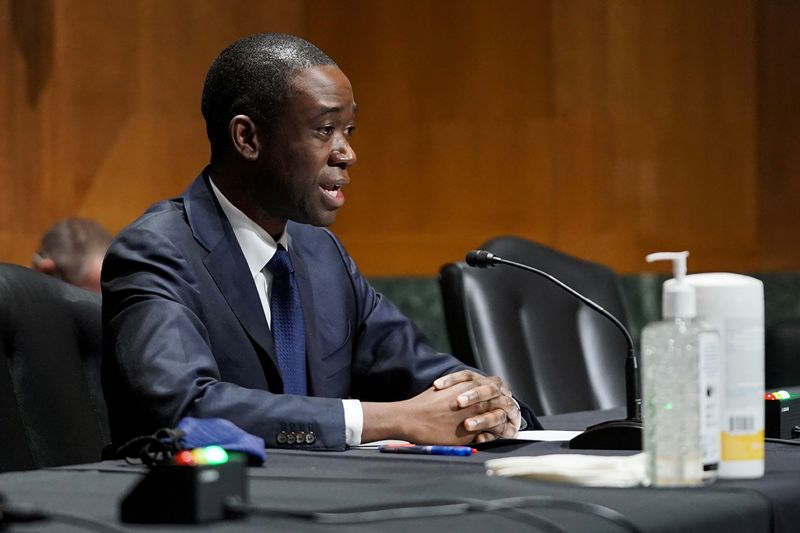