NEW YORK – A Ukraine-born U.S. businessman convicted last year of campaign finance violations alongside a former associate of Rudy Giuliani is seeking to help relief efforts for the war in Ukraine as an alternative to prison, a court filing showed on Monday.

Prosecutors are seeking a sentence of between 51 and 63 months for Andrey Kukushkin, a California-based businessman found guilty of helping funnel money from a Russian billionaire to U.S. political candidates who could help a fledgling cannabis company he was building with Lev Parnas, the Giuliani associate.

Kukushkin, who was convicted in October on two counts of campaign finance violations, is scheduled to be sentenced in Manhattan federal court on Tuesday.

In a letter on Monday, Kukushkin attorney Gerald Lefcourt asked U.S. District Judge Paul Oetken to consider a “community service and counseling program” as an alternative to prison for Kukushkin. Lefcourt said the plan was developed by the Aleph Institute, a Jewish nonprofit working with Kukushkin.

“The proposal includes working to assist with local and worldwide humanitarian relief efforts as a result of the war in Ukraine and one-on-one counseling regarding business/legal ethics,” Lefcourt wrote, arguing the proposal would allow Kukushkin to help his community “during this time of intense crisis.”

Parnas was found guilty on all six counts of campaign finance violations he faced during the October trial, and is awaiting sentencing. He is known for helping Giuliani, former President Donald Trump’s personal attorney, investigate Democrat Joe Biden during the 2020 presidential election.

Giuliani, also a former New York City mayor, has not been charged with any crimes and denies wrongdoing. 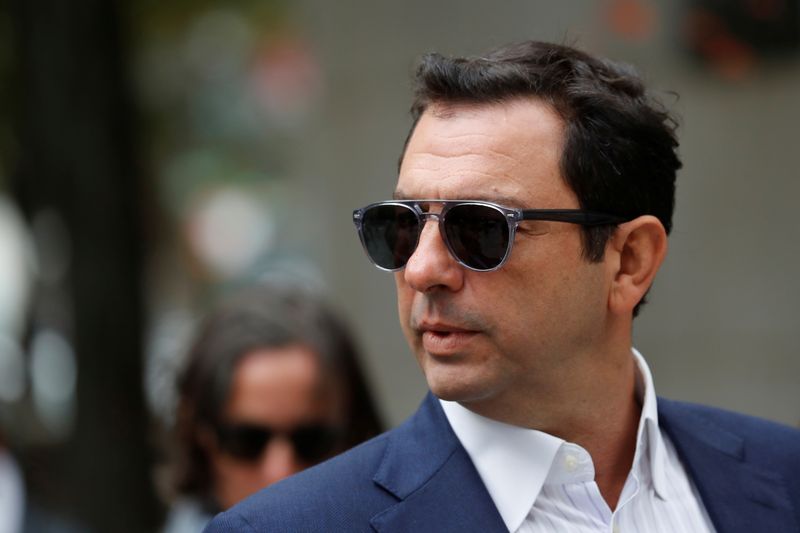