Abramovich landed in Moscow early on Tuesday after taking off from Istanbul in his private jet, according to FLIGHTRADAR24 data. A source familiar with the matter said he was not in Russia to meet with President Vladimir Putin.

It was the second trip a jet linked to the oligarch has made between the Turkish city of Istanbul and the Russian capital in the past three days, the FLIGHTRADAR24 data showed. On Monday, he was spotted in the VIP lounge at Tel Aviv airport before the jet took off for Istanbul.

Abramovich was among several Russian billionaires added on Tuesday to an EU blacklist that already includes dozens of wealthy Russians. World governments are seeking to isolate Putin and his allies over the invasion of Ukraine, which Russia calls a “special operation.”

The latest sanctions follow three rounds of punitive measures which included freezing of assets of the Russian central bank, exclusion from the SWIFT banking system of some Russian and Belarusian banks, and the asset freeze of oligarchs and top politicians, including Putin and Foreign Minister Sergei Lavrov.

EU companies will also be no longer allowed to export to Russia any luxury goods worth more than 300 euros ($330), including precious stones, crystal, caviar, wine, handbags, leather products, shoes and coats. Exports of cars costing more than 50,000 euros will also be banned.

This is intended to impact on the lifestyle of Russia’s elites, an EU official said.

Britain also imposed fresh sanctions on hundreds of Russian individuals and entities on Tuesday, using a new law to catch up with the EU and United States in targeting people accused of propping up Putin.

Britain said the latest round of sanctions included elites with a net worth of 100 billion pounds ($130 billion).

“We are going further and faster than ever in hitting those closest to Putin – from major oligarchs, to his prime minister, and the propagandists who peddle his lies and disinformation. We are holding them to account for their complicity in Russia’s crimes in Ukraine,” foreign minister Liz Truss said.

Breaking News:  Distant black hole is caught in the act of annihilating a star

Abramovich said last week he was selling Chelsea soccer club, but after being targeted by British sanctions that sale is now on hold. Chelsea is operating under a special government license and the Premier League board has disqualified him as a club director.

Germany’s Bild newspaper reported that Abramovich had met with former chancellor Gerhard Schroeder in Moscow on Thursday evening before Schroeder sat down with Putin.

A source familiar with the matter confirmed the meeting with Schroeder to Reuters and said that the oligarch wanted to find a way to stop the war.

The Russian billionaire, who also holds Israeli and Portuguese citizenship, has said he does not have close ties to Putin. Portugal has opened an investigation into how Abramovich was granted citizenship.

Refinitiv ship tracking data showed Abramovich’s $600 million yacht Solaris sailing near the coast of Albania Tuesday morning with the status “awaiting orders.” Its destination had previously been shown as Turkey.

It was unclear how the fresh EU sanctions would impact the yacht’s progress through European waters.

Authorities in Europe have stepped up seizing yachts and luxury assets of billionaires in Putin’s circle who are on sanctions lists. 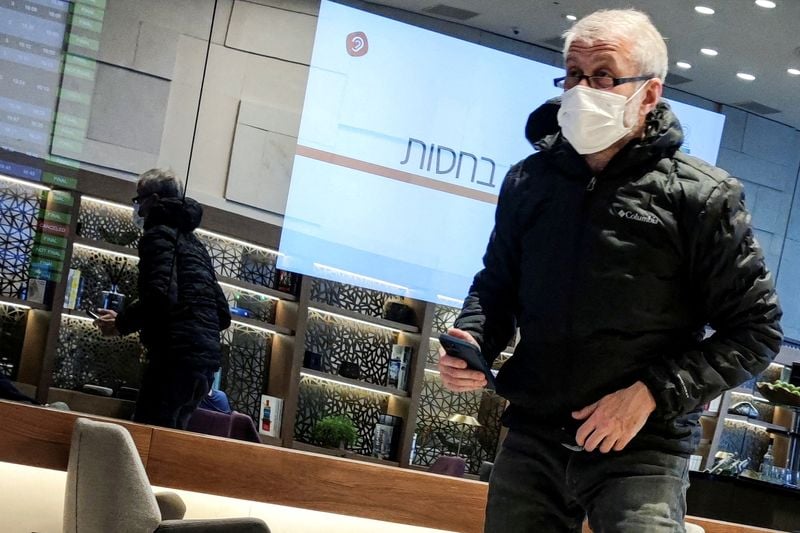