– Canada said on Tuesday it was imposing sanctions on 15 Russian officials who enabled and supported President Vladimir Putin’s invasion of Ukraine to apply additional pressure on Moscow to reverse course.

The new sanctions were announced ahead of Ukrainian President Volodymyr Zelenskiy’s expected virtual address to the Canadian parliament at 11:15 am (1515 GMT).

“President Putin made the choice to further his illegal and unjustifiable invasion, and he can also make the choice to end it by immediately ending the senseless violence and withdrawing his forces,” Canadian Foreign Minister Melanie Joly said.

“Canada will not hesitate to take further action should the Russian leadership fail to change course,” Joly said in a statement.

Canada, like many other Western nations, has imposed broad sanctions on Russia after the invasion of Ukraine on Feb. 24. It has also closed its airspace and ports to Russian vessels, sent lethal military aid to Ukraine and asked the International Criminal Court to probe alleged war crimes by Russian forces.

Moscow calls its actions in Ukraine a “special operation” to demilitarise and “denazify” the country. Ukraine and the West have dismissed that justification as baseless propaganda.

(Reporting by Ismail Shakil in Bengaluru and Steve Scherer in Ottawa, Editing by Chizu Nomiyama and Franklin Paul) 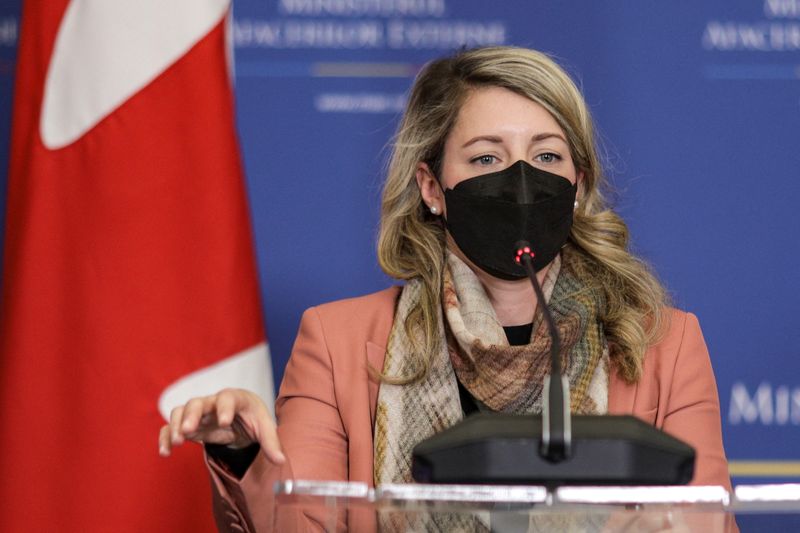