– Gold extended its slide on Tuesday as ceasefire talks between Russia and Ukraine reduced demand for safe-haven assets, while bets that the U.S. Federal Reserve may raise interest rates for the first time in three years added to pressure on bullion.

“Some faint hopes that talks between Ukraine and Russia may somehow lead to a de-escalation has affected safe-haven demand for gold,” ActivTrades senior analyst Ricardo Evangelista said.

While gold is seeing a bit of a lull, the Ukraine situation is still unfolding, with market volatility and uncertainty likely to remain quite high, Evangelista added.

European stocks fell more than 2% as concerns about surging coronavirus cases in China added to nerves ahead of Fed policy meeting. [.EU] [MKTS/GLOB]

The Fed is expected to raise borrowing costs by a quarter of a percentage point at the end of its two-day meeting on Wednesday.


“The first rate hike move from the U.S. quite often signals a low point in gold, so we’ll see what kind of signal they send tomorrow, and how hawkish their statement is, which will probably determine the short-term outlook from here,” said Saxo Bank analyst Ole Hansen.

Meanwhile, spot palladium was up 1.1% at $2,412.55 per ounce, after its weakest session in two years on Monday on easing supply fears.

Palladium is a notoriously low-liquidity market, Hansen said, and with the war premium being taken out of commodity markets, palladium has not been shielded. [O/R] 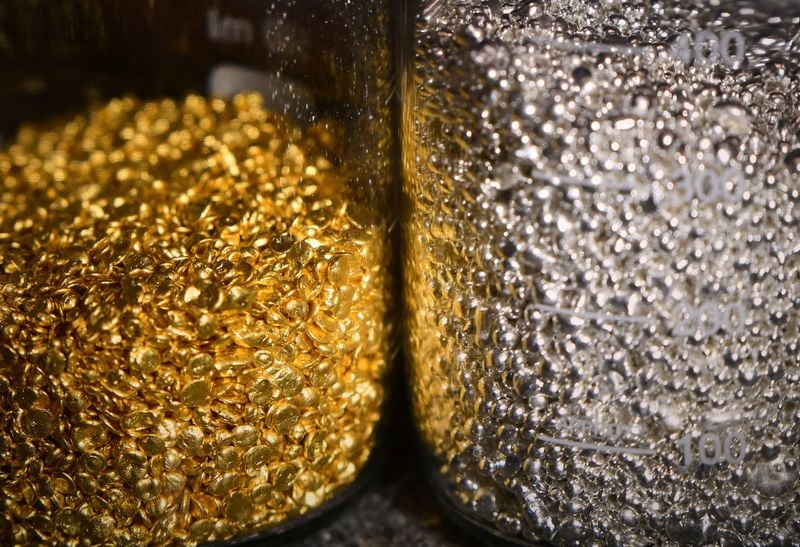