NEW YORK -Oil prices tumbled more than 6% on Tuesday to their lowest in almost three weeks, as Russia suggested it would allow a revival of the Iran nuclear deal to go forward and as traders worried growing pandemic lockdowns in China could dent demand.

Both Brent and U.S. crude futures benchmarks settled below $100 per barrel for the first time since late February. Since reaching 14-year highs on March 7, Brent has slid nearly $40 and WTI more than $30. Trading has been extremely volatile since Russia invaded Ukraine more than two weeks ago.

On technical charts, both contracts moved the closest to oversold territory since December. They had been in overbought conditions during early March. Brent at one point topped $139 a barrel.

Russia is the world’s largest exporter of crude and fuels. Numerous buyers have shunned Russian barrels since the invasion, sparking fears of a disruption of millions barrels of daily crude supply. Those fears now look overdone.

On Tuesday a Ukrainian negotiator said talks with Russia over a ceasefire and withdrawal of Russian troops from Ukraine are ongoing. The ensuing sell-off drove prices lower but many expect volatility to continue.

Also on Tuesday, Russia said it has written guarantees it can carry out its work as a party to the Iran nuclear deal, suggesting Moscow would allow a revival of the tattered 2015 pact to go ahead.

The talks to revive the nuclear accord could lead to the lifting of sanctions on Iran’s oil sector and allow Tehran to resume crude exports. They had stalled because of Russian demands.

In the fallout from Russia’s invasion, which it calls a “special operation,” Western sanctions have failed to deter China and India from buying Russian crude.

The Organization of the Petroleum Exporting Countries said oil demand in 2022 faced challenges from the invasion and rising inflation as crude prices soar, increasing the likelihood of reductions to its forecast for robust demand this year.

China saw a steep jump in daily COVID-19 infections, which could slow the current pace of consumption as that nation shifts to lockdowns.

“It is estimated that a severe lockdown in China could put 0.5 million bpd of oil consumption at risk, which would be further compounded by fuel shortages due to inflated energy prices,” said Louise Dickson, senior oil market analyst for Rystad Energy.

The U.S. Federal Reserve is widely expected to raise interest rates by 25 basis points on Wednesday for the first time in four years to fight soaring inflation. This could strengthen the U.S. dollar and dampen demand for oil and other commodities priced in greenbacks.

Official U.S. government inventory data is due on Wednesday. 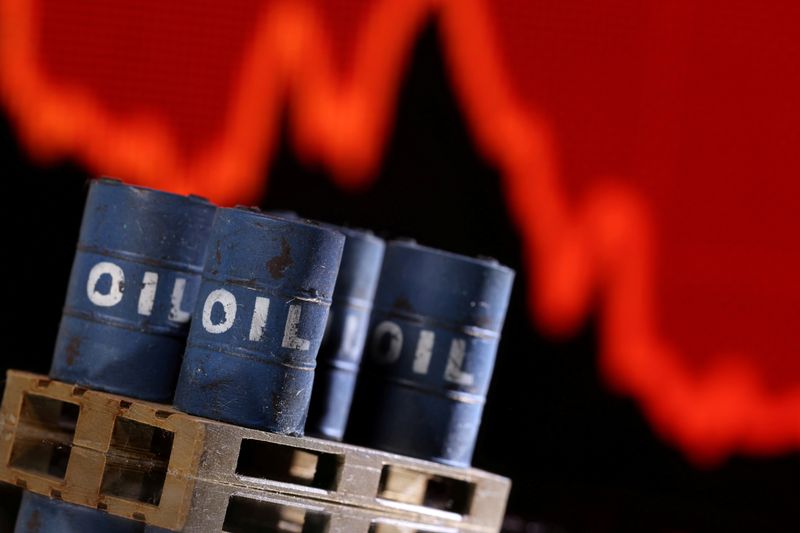