-Russian prosecutors asked a court on Tuesday to sentence jailed Kremlin critic Alexei Navalny to an additional 13 years on fraud and contempt of court charges and to move him to a maximum security prison, Navalny’s spokeswoman said.

Navalny is already serving a two-and-a-half year sentence at a prison camp east of Moscow for parole violations related to charges he says were trumped up to thwart his political ambitions.

In a Twitter post, his spokeswoman, Kira Yarmysh, cited a judge of the Lefortovo court in Moscow as saying the sentence would be announced on March 22.

Navalny used his appearance at the hearing, which was transmitted live from prison to reporters covering the case, to renew his call for an end to Russia’s war in Ukraine but the transmission of his statement was blocked, she added.

“We’ve been saying that (Russian President Vladimir) Putin wants to keep Navalny in prison forever. The upcoming sentence has nothing to do with the law,” Yarmysh wrote.

Navalny himself later struck a typically defiant tone, saying on Instagram: “If the prison term is the price of my human right to say things that need to be said… then they can ask for 113 years. I will not renounce my words or deeds.”

The prosecutors asked for the transfer to a maximum security prison because they said Navalny had committed crimes in the prison camp, thus becoming a repeat offender, Yarmysh said.

Officials at the prosecutor general’s office did not reply to a request for comment.


Navalny, who is able to publish social media posts through his lawyers and allies, renewed his call for protests against Russia’s invasion of Ukraine that began on Feb. 24.

In Tuesday’s Instagram post, he said the war had become “the direct consequence of corruption and degradation, a bloody cover-up of the failure of Putin’s regime”.

Last week Russian authorities put Yarmysh on a wanted list. She left Russia last year after a court imposed 18 months of restrictions on her freedom of movement for breaching COVID-19 safety rules.

Russian authorities have cracked down hard on the opposition, and many of Navalny’s most prominent allies have left Russia rather than face restrictions or jail at home.

Navalny was jailed last year when he returned to Russia after receiving medical treatment in Germany following a poison attack with a nerve agent during a visit to Siberia in 2020.

Navalny blamed Putin for the attack, a charge the Kremlin denies.

(Reporting by ReutersEditing by Gareth Jones) 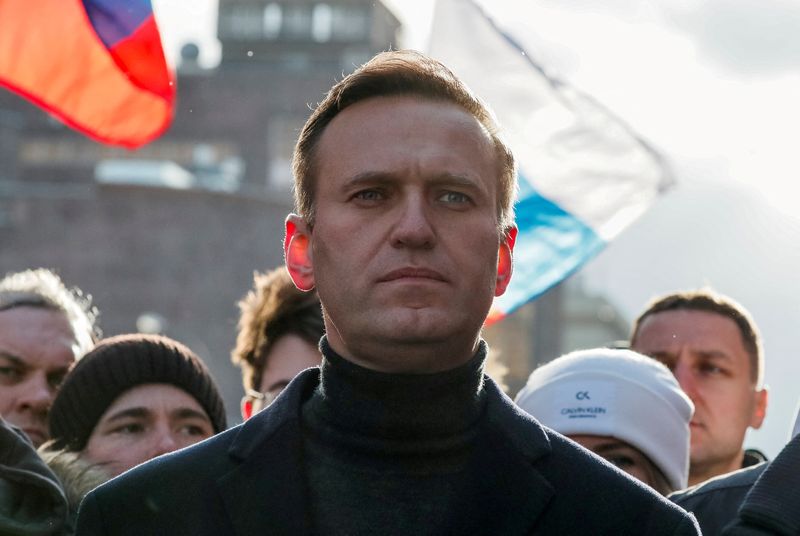