SEOUL – More than 24 hours after a missile test reportedly ended in a fiery failure over Pyongyang on Wednesday, North Korea had yet to say anything about the incident.

South Korea said a presumed ballistic missile exploded mid-air shortly after it was launched from the international airport near Pyongyang on Wednesday morning.

North Korea’s government did not immediately comment on the South’s report, and state media had made no mention of a test a day later.

Strikingly, no photos or named eye witnesses had emerged publicly, despite the missile exploding over a city of around three million people.

Human rights activists said the silence underscored the complete control the government wields over communication in the country.

“We shouldn’t become numb to how ridiculous and outrageous that is just because its North Korea,” Sokeel Park, of Liberty in NK, which helps North Korean defectors, said on Twitter.

Debris fell in or near Pyongyang after the failed test, Seoul-based NK News reported, citing unnamed witnesses and a photograph it said it had seen of the test showing a red-tinted ball of smoke at the end of a zig-zagging plume that traced the rocket’s launch trajectory in the sky above the city.

The website did not release the photograph, citing a need to protect the source.


“If it was London, Istanbul or Seoul imagine our newsfeeds – filled with video, images and eyewitness accounts,” Park said. “But it was Pyongyang, so there isn’t a SINGLE public image or video. A complete visual blackout for a huge explosion in the sky above an Asian capital in 2022.”

Cell phones have proliferated in North Korea in recent years, but the government retains tight control of phone networks and internet connections, most of which do not link to the outside world.

The country’s isolation has deepened amid the COVID-19 pandemic, with border closures choking off most cross-border travel and communication with China, and forcing many foreign embassies and international aid organisations to pull their staff from the country. 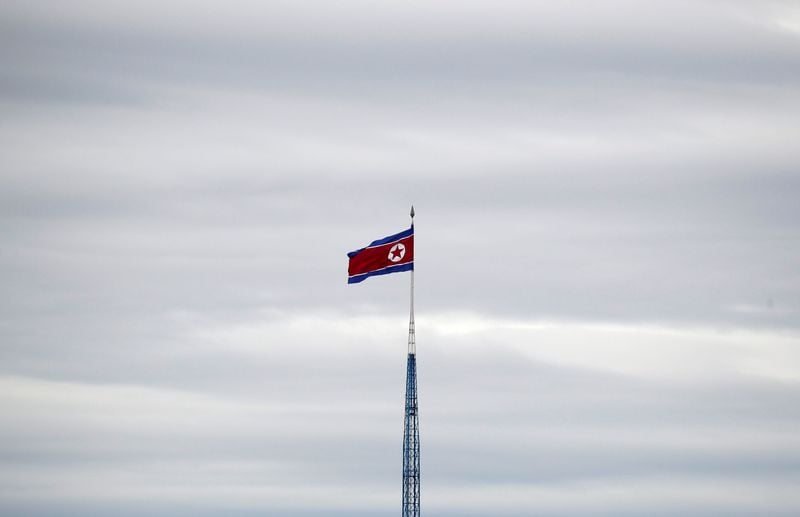