-The Russian rouble rose against the dollar in Moscow and offshore trading on Wednesday, although volumes remained thin and other Russian assets continued to be un-tradable.

Bombs rained down on Ukrainian cities despite talk of compromise from both Moscow and Kyiv in peace negotiations, three weeks after the start of the Russian invasion.

Market participants, meanwhile, focused on whether Russia would pay coupons on sovereign debt due Wednesday, or start the clock on a 30-day grace period, after which it could default on its foreign sovereign debt for the first time in over a century.

“There hasn’t been any liquidity in rouble so very small moves, very small amounts of volume and demand for the currency can cause very big moves up, rather than anything in particular,” said Rachel Ziemba, founder of Ziemba Insights.

“Because of the restrictions of the Central Bank of Russia the rouble is still relatively non convertible, there’s a lot of question marks about what foreigners can do with it. I wouldn’t trust any rally in the rouble to be persistent.”

Russia has $117 million in payments due on Wednesday on two dollar-denominated Eurobonds. Fitch Ratings said on Tuesday that if the payments were done in roubles, it would constitute a sovereign default if not corrected after a 30-day grace period.

Sources said there was no evidence yet of payment as of the end-of-business day in London.


Events in Ukraine and the sanctions against Moscow that followed have triggered the worst economic crisis in Russia since the fall of the Soviet Union in 1991.

The Moscow stock market stayed largely closed by order of the central bank, and will remain so for the rest of the week. Stocks last traded in Moscow on Feb. 25, after which the central bank imposed restrictions.

The European Union on Tuesday launched a new barrage of sanctions, including bans on Russian energy sector investments, luxury goods exports to Moscow and imports of steel products from Russia.

(Reporting by Reuters; Editing by Alex Richardson and Richard Pullin) 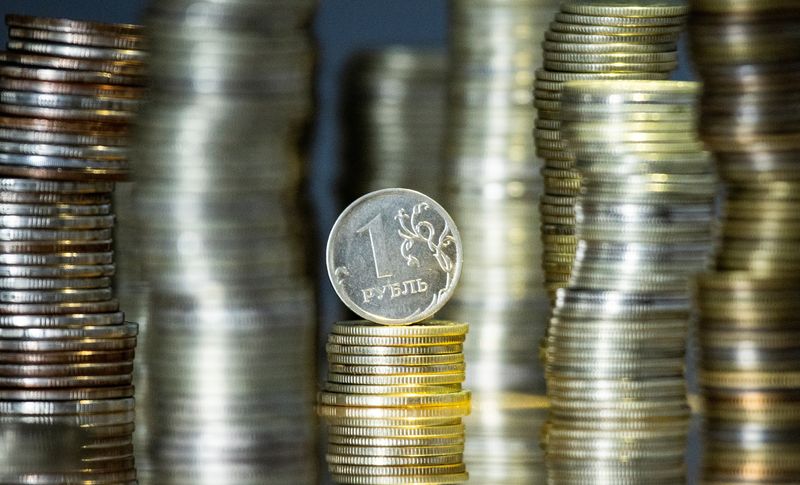