By Emma Thomasson and Helena Soderpalm

BERLIN/STOCKHOLM – Europeans are stocking up on survival gear like sleeping bags and camping cookers, as well as canned and dried food, in part to donate to refugees arriving from Ukraine and also due to fears of supplies being disrupted and conflict spreading.

Sales of products such as plastic cans, camping gear, batteries, flashlights and cell phone solar chargers jumped as much as sixfold in the past two weeks at Swedish hardware store chain Clas Ohlsson, a spokesperson said.

“It’s clear that people want to be prepared for crises. The biggest increase is for products recommended to have at home during a crisis, for example radios,” he said.

Sales of milk powder, pasta, grains, and canned foods rose by up to 20% in the past four weeks, according to Swedish grocery retailer Ica Gruppen.

Consumers are stocking up for themselves while humanitarian organizations are also buying products to send to Ukraine, according to Ica Sweden purchasing director Andreas Sbrodigliga.

In the Netherlands, Jimmy Bakker at outdoor supplier Dumpstore Amsterdam, has seen brisk trade since the war started.

“When the war broke out people were buying emergency blankets, emergency food rations, radios and stoves. Last week, people rented vehicles and they were going to drive to Ukraine to hand out there,” he said.

Russian President Vladimir Putin’s comments that Moscow’s nuclear deterrent is on high alert had already prompted people in Central Europe to rush to buy iodine which they believe may protect them from radiation.


In Poland, which has taken in more than half of the 3 million refugees fleeing Ukraine, convenience store chain Zabka reported higher sales of canned goods, rice, groats and bottled water in some regions due to collections for refugees.

Hygiene products like wet wipes, gels, soaps, toothpastes and porridges are also flying off the shelves in Poland, according to drugstore chain Rossmann.

In Germany, where 175,000 refugees from Ukraine have been registered so far, sales of camping products like sleeping bags and mats have jumped in the past two weeks at sports chain Decathlon, a spokesperson said.

The company said it has also donated camping products to humanitarian organisations helping in Ukraine.

German wholesaler Metro has temporarily set a cap on the amount shoppers can buy of certain products, such as cooking oils and flour, but said it sees no reason for consumers to stockpile, adding fresh supplies are on the way.

“We are currently observing high demand from our commercial customers for various long-life foods, which can be attributed to the purchase of relief supplies, among other things,” a spokesperson said.

Ukraine is a major global producer and exporter of grain and vegetable oils, but officials and farmers expect a decline in the 2022 harvest and exports due to the war.

Germany’s BGA trade association warned last week that the Ukraine war could cause bottlenecks in the food trade as well as threaten supplies of toilet paper and kitchen roll, and chemical cleaning agents.


Transport problems were exacerbated by higher fuel costs and a shortage of Ukrainian truck drivers, it said.

However, most retailers have bolstered their supply chains since COVID-19 lockdowns triggered panic buying in 2020.

“We live in difficult times, but at the moment there is no room for panic,” Dimitar Margaritov, Chairman of Bulgaria’s Consumer Protection Commission, told national radio.

Dutch retailer Ahold Delhaize said it saw higher sales at its stores in the Czech Republic due to people buying donations for refugees, but no cause for concern.

“Our supply chain in Europe is quite robust at this point and we have enough products for our customers in stock and at our suppliers,” the company said. 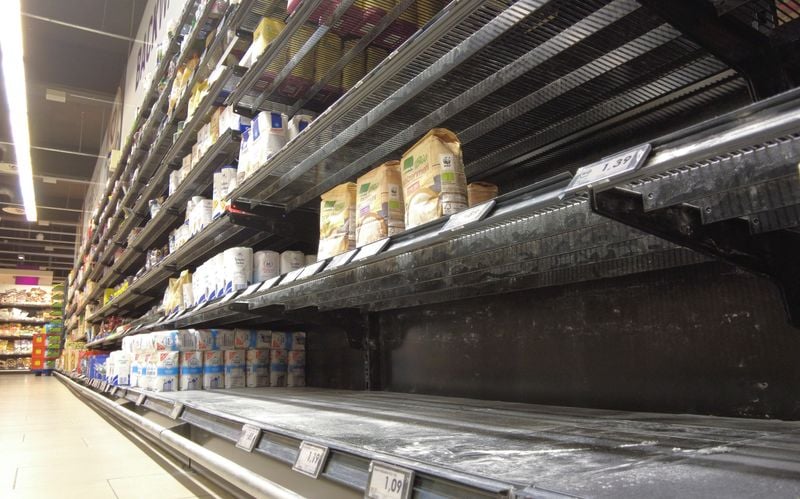 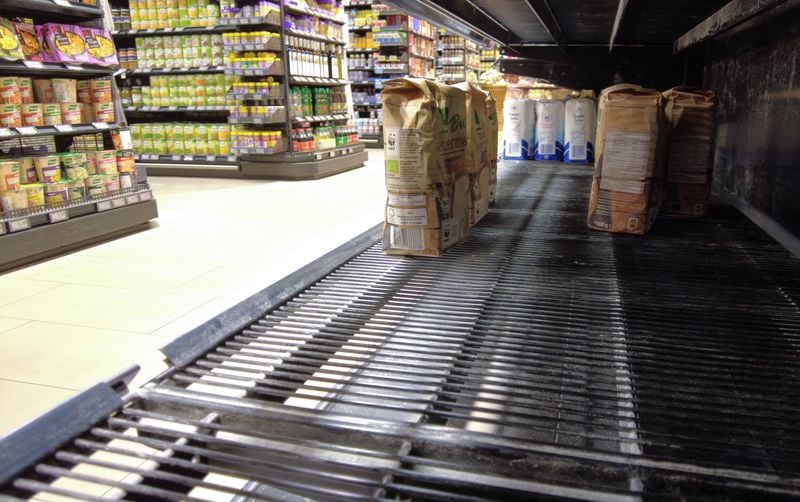