LONDON/BRUSSELS – The European Commission’s plan to cut dependence on Russian gas this year will be hard to achieve and could trigger a competitive and costly dash for the fuel when energy prices are already inflicting economic pain.

The European Union’s executive last week published a blueprint to cut EU dependency on Russian gas by two thirds this year and end all Russian fossil fuel imports well before 2030.

A more detailed proposal will follow in May. The Commission’s initial plan said by the end of this year, the EU could replace the equivalent of 102 billion cubic metres (bcm) of the total 155 bcm of Russian gas it receives every year.

The bulk of the savings would come from importing more liquefied natural gas (LNG) and gas from alternative pipeline suppliers.

A quicker deployment of the renewable energy the EU plans to expand to curb its carbon emissions and encouraging consumers to save energy would further dent demand.

The EU targets exceed what the International Energy Agency (IEA) and analysts estimate is feasible.

Global energy watchdog the IEA says Europe could cut Russian gas imports by 50 bcm this year, or just over 80 bcm if countries switched from gas to burning more high-emitting oil and coal. Jefferies analysts estimate the EU could replace around 65 bcm of Russian gas imports this year.


“In the short term, the EU target is really unrealistic,” said Joel Hancock, vice president of commodities research at investment bank Natixis. “Europe is rather looking at a slow divorce from Russia over the next ten years.”

EU member countries will be unable to simultaneously replenish gas in storage and cut Russian imports this year, Hancock said.

The Commission will by April propose rules requiring EU countries to fill gas storage 90% by Oct. 1 every year. EU storage, which is replenished over summer when demand and prices are typically lower, is 26% full.

One of the biggest hurdles to replacing so much gas this year is securing enough LNG.

The Commission says around 10 bcm of gas imports could come from alternative pipeline suppliers, while 50 bcm would be LNG. That is equivalent to around 10% of annual global LNG supply.

“Obtaining this volume will be difficult: 50 bcm would represent a major additional draw on an already-tight global LNG market and additional demand cannot be met by significant new capacity before the mid-2020s,” Jesse Scott at German-based thinktank Agora Energiewende said.

The global gas market has been tight for a year, driving prices to record levels.

High prices in Europe have attracted supply from elsewhere. U.S. exporters have shipped record volumes of LNG to Europe for three consecutive months, at prices at least 10 times higher than a year ago.

Asia’s LNG demand is also rising quickly every year, adding to Europe’s challenges in securing cargoes. International coordination would be needed to avoid prices climbing further and to ensure poorer countries can afford the LNG they need.

In the months before Russia’s invasion of Ukraine began on Feb. 24, the United States and the EU held talks with companies and governments about increasing gas supplies to Europe in the event of an emergency.

“Otherwise, if we go against each other and we start to compete like crazy for LNG, we will really then play the game of Putin and provide great benefits to the suppliers,” he said.

Internationally, that would require using the EU’s diplomatic firepower to coordinate with other major LNG buyers and to stimulate additional supply, analysts said.

“If this is a strategy about merely buying whatever LNG is out there, I think that’s a very difficult target to meet,” said Nikos Tsafos of the U.S.-based Center for Strategic and International Studies (CSIS).

“If this is a strategy about helping to develop alternative suppliers to bring them to Europe, I think that becomes a lot more realistic.”

Meanwhile, Europe’s LNG import terminals – which take gas that has been chilled and liquefied for transport and reheat it to supply industry, power plants and homes – have limited capacity to receive more cargoes. Some countries plan new terminals, but they are major industrial projects and take years to complete.

Breaching long-term contracts for gas through pipelines from Russia would mean replacing those volumes with higher-priced spot purchases – a cost the EU has acknowledged.

“We have to be aware that the companies who have signed long-term contracts with Gazprom do receive gas at significantly lower prices than we have to pay in the LNG market. So there will be impact on our energy prices,” EU energy commissioner Kadri Simson told EU lawmakers on Tuesday.

It is difficult to estimate the overall cost of the EU plan but it is likely to run into the hundreds of billions of euros, analysts said. The cost of EU gas imports from Russia has fluctuated between around 200-to-800 million euros per day this year so far.

Filling EU gas storage alone could this year cost 65 billion euros at February’s gas prices, or 160 billion euros based on the record-high European gas prices seen earlier this month, according to CSIS.

While Europe’s plan for alternative gas supplies this year may be a stretch, other elements could be more than achieved.


If EU countries spent 240 billion euros over 2022-2025, they could collectively install 65 GW of wind and 150 GW of solar, Bloomberg Intelligence analysts say.

An EU proposal in May will attempt to accelerate permitting and ease bottlenecks that have held up installations. Public funding is also available, including from the EU’s 800-billion-euro COVID-19 recovery fund.

Lisa Fischer, an energy policy expert at thinktank E3G, said the renewables targets were realistic, while Brussels was “completely underestimating what can be done” to displace gas demand using energy efficiency, if countries fast-tracked programmes to expand energy-saving renovations. 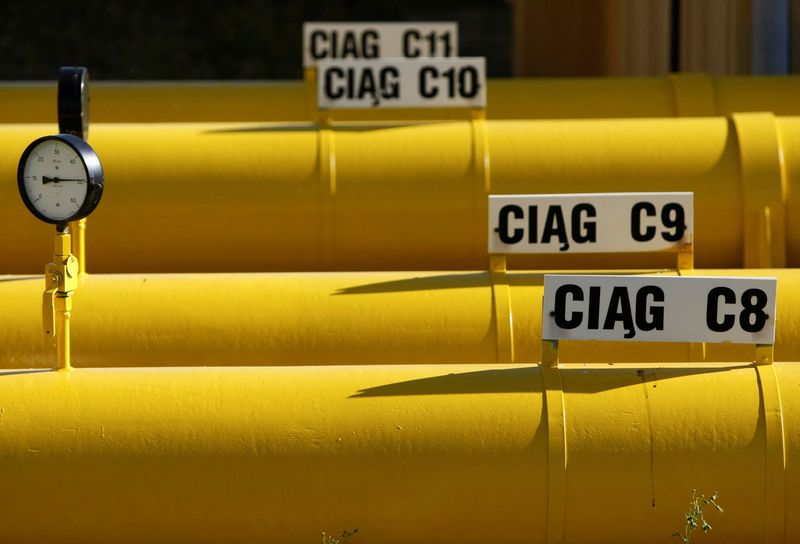