By Julie Gordon and Fergal Smith

OTTAWA – A commodities rally sparked by Russia’s invasion of Ukraine will push Canadian inflation higher for longer, with the headline rate now seen peaking at or above 6%, forcing the central bank to raise interest rates more aggressively, economists told Reuters.

Canada’s inflation rate has already surged well above the 5.1% that the Bank of Canada forecast for the first quarter in January, highlighting the tough road ahead to get price growth back down to the 2% target.

The central bank will have to balance efforts to tamp down on soaring prices against the risks that spiraling levels of mortgage debt could make Canada’s economy more sensitive to interest rate hikes than before the coronavirus pandemic.

Some investors worry that the BoC could cut short the economic expansion if it tightens too fast.

A Reuters survey of economists at five leading financial institutions and a consultancy showed that most now expect the Bank of Canada to hike borrowing costs four to five times in 2022, lifting its policy rate to 1.25% or 1.5% by the end of the year. Scotiabank is forecasting a year-end policy rate of 2.5%.

Canada’s latest inflation data on Wednesday surprised on the upside, with the Consumer Price Index hitting a new 30-year high of 5.7% in February. The jump was driven by broad gains across all sectors.

All six economists surveyed now see inflation peaking at or above 6% in the coming months, with their year-end forecasts ranging from 3.3% to 5.8%. The BoC in January forecast fourth-quarter inflation of 3.0%.

“The commodity price increases that we have seen in the past couple of weeks – that’s something that a central bank would normally want to look through,” said Josh Nye, a senior economist at RBC Capital Markets who was among those surveyed.

“But with inflation already so far above the Bank of Canada’s target, they’ve said they’re more concerned about upside surprises than they are about downside surprises on inflation.”

The central bank raised its policy rate to 0.50% from 0.25% this month, its first increase in three years. Bank of Canada Governor Tiff Macklem said more rate hikes were coming and he left the door open to a rare half-percentage-point increase.

Money markets see a roughly 50% chance of the larger rate increase when the central bank issues its next policy decision on April 13. It has been almost 22 years since Canada saw a 50-basis-point rate hike.

The conflict in Ukraine and ensuing sanctions on Russia have played havoc with global supply chains, sending prices of many key commodities higher. Russia is one of the world’s biggest energy producers, and both it and Ukraine are among the top exporters of grain.

Nye estimated the surge in oil prices since late February on its own will add about three-quarters of a percentage point to Canada’s CPI.

U.S. inflation is expected to average 7.7% this quarter, according to a Reuters poll of 69 economists last week, up from the 7.1% forecast in February.

“Given how far behind the inflation curve the Bank of Canada finds itself, they need to do something more convincing in order to demonstrate that they are serious about their inflation mandate,” said Holt, who also participated in the survey.

Still, the central bank will need to take into account the potential that war will slow global economic activity, while also balancing the inflationary pressures coming from supply shortages due to the latest COVID-19 restrictions in major Chinese manufacturing hubs.

“There is the probability of renewed supply chain issues in other goods that will also keep inflation more elevated than we previously anticipated,” said Andrew Grantham, a senior economist at CIBC Capital Markets who was among those surveyed.

(Reporting by Julie Gordon in Ottawa; Editing by Denny Thomas and Paul Simao) 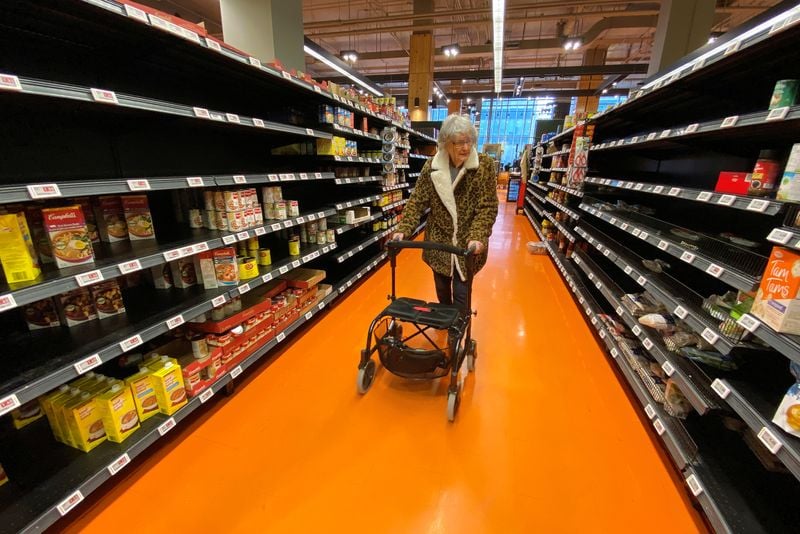