By Nivedita Balu and Praveen Paramasivam

-Impossible Foods founder Pat Brown will step down as chief executive and hand over the reins to Peter McGuinness, the former chief operating officer of Greek-yogurt maker Chobani, as the alternative meat producer expands rapidly and launches new products.

Brown, who founded the plant-based burger maker in 2011, will remain a director and take on the title “Chief Visionary Officer” to focus on research and technology and new initiatives, the company told Reuters.

McGuinness will be tasked with steering the company at a time when the plant-meat sector faces cooling demand after an investment frenzy in the past few years and launches by major fast food chains Burger King and McDonald’s.

McGuinness, who takes over on April 4, plans to announce new launches and make the company’s products available at more retail stores.

“We just need more people to try it,” McGuinness said in an interview, adding that he is “very bullish” about the plant-meat sector.

Impossible’s plans to launch new products and expand globally as well as the momentum in the brand mean “the leadership demands of the commercial business will inevitably continue to grow,” Brown wrote in a blog post on Thursday that confirmed the change in leadership.

Impossible launched a spate of products, including imitations of chicken nuggets,  sausages and  meatballs, last year as it looks to create more demand for its products. The company said its quarterly retail revenue at the close of 2021 jumped 85% year-over-year.

Rivals Maple Leaf Foods and Beyond Meat, however, flagged demand concerns in their latest quarterly results.

Reuters reported last year that Redwood City, California-based Impossible was exploring options for going public at a valuation of $10 billion or more.

McGuinness said there was no urgency as the company has enough capital to fuel its growth.

At Chobani, McGuinness also served as the company’s president and was in charge of research and development and the company’s expansion into new categories such as plant-based probiotic drinks, oat milks and coffees.

(Reporting by Nivedita Balu and Praveen Paramasivam in Bengaluru, Editing by Saumyadeb Chakrabarty) 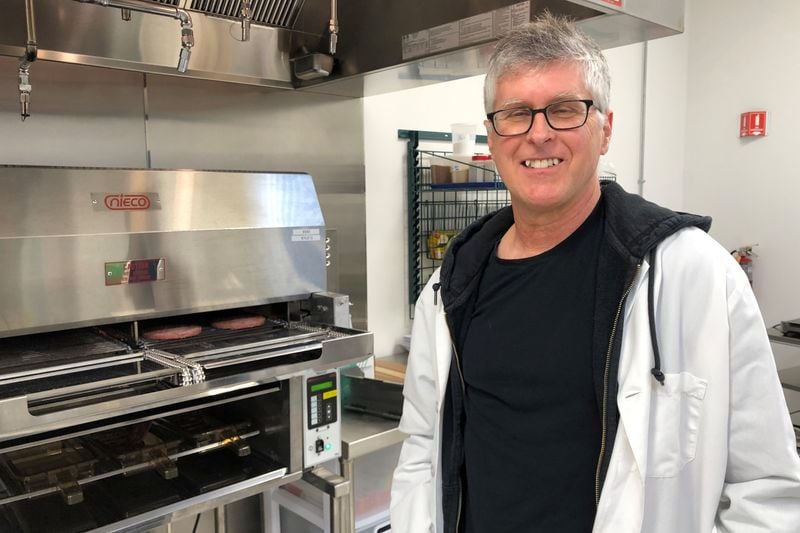