SHANGHAI – Chinese high-yield property issuers have by one measure defaulted on nearly a quarter of their outstanding bonds this year, Goldman Sachs analysts estimated, highlighting liquidity stress as Beijing looks to stabilise the battered sector.

Estimating the year-to-date default rate at 5.5%, Kenneth Ho and Chakki Ting said in a note Friday that this headline figure understated stress in a sector where developers have entered into bond exchanges to avoid triggering defaults.

“If we assume all the bonds from issuers that have entered into bond exchange or maturity extension transactions as being in default, the (year-to-date) default rate would rise to 23.4%,” they said.

“Whilst credit stresses have picked up, China policymakers have also reiterated their accommodative policy stance,” they said, adding that “risks are clearly tilted towards the downside case.”

Of bonds in the sector that have passed their final maturity dates so far this year, 31% have entered into bond exchange or maturity extension transactions, 26% have defaulted and 42% were fully repaid.

More bond exchanges and defaults are likely, with $2.3 billion maturing in April, and more than $3 billion each in June, July and August, they said.

Vice Premier Liu He, China’s economic tsar, said on Wednesday that the government needs to reduce risks in the property industry, and proposed measures to facilitate a new development model for the sector. 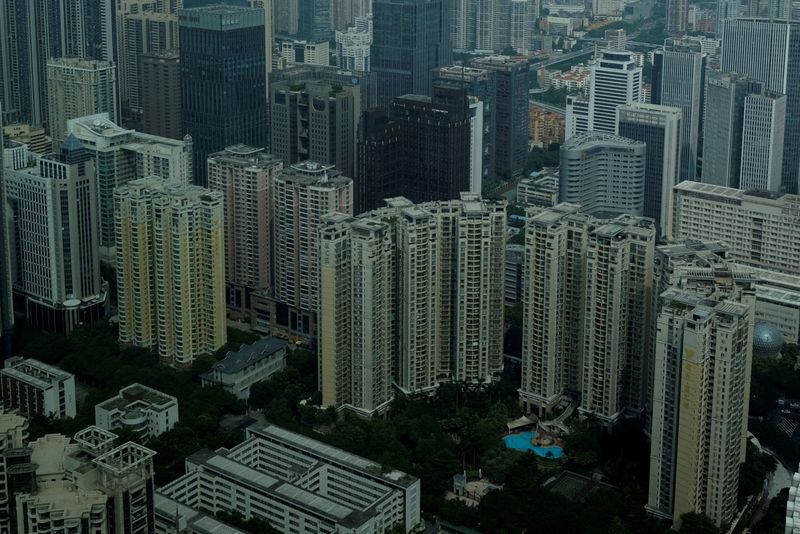