President Joe Biden ordered the withdrawal of U.S. troops from Ukraine prior to Russia’s invasion of the country as part of a broader effort to avoid a direct confrontation with the nuclear-armed adversary.

But the report published in Russia’s Pravda newspaper identified the Americans by name and gave military ranks for each of them, citing information from pro-Russian militia in Ukraine’s Donetsk.

The report even offered an intricate explanation for how the three were identified, using items from a backpack “near the remains of one of the militants” — including a Tennessee state flag.

“The Tennessee Guard is aware of the fake news coming out of Russia,” said Tracy O’Grady, a spokesperson for the larger U.S. National Guard.

The Tennessee Guard said in a statement: “They are accounted for, safe and not, as the article headline erroneously states, U.S. mercenaries killed in Donetsk People’s Republic.”

A U.S. official, speaking on condition of anonymity, said two of the men were still in the Tennessee National Guard and in Tennessee. The other man had left the service was but was alive and accounted for — and not in Ukraine, the official said.

The National Guard speculated the militia picked the three men while reviewing official imagery associated with a 2018 deployment by Tennessee’s 278th Armored Cavalry Regiment to Ukraine, suggesting all three had been in Ukraine.

“All members of the Tennessee National Guard returned safely to their home state in 2019 after a successful mission,” it said.

Russia on Sunday attacked the main base where, prior to Biden’s pullout, the U.S. military had long trained Ukrainian forces. It fired air-launched cruise missiles from Russian airspace at the Yavoriv International Centre for Peacekeeping and Security.

The base is located just 15 miles (25 km) from the Polish border. 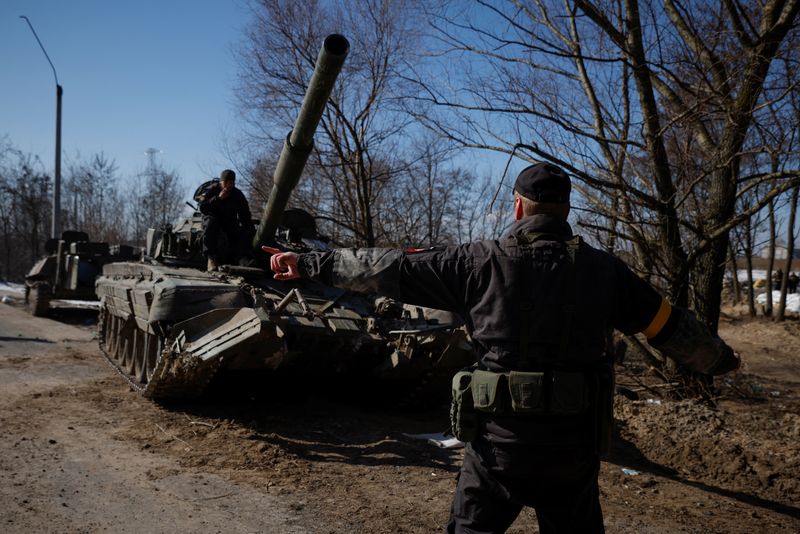