– Hong Kong startup Greater Bay Airlines has scaled back its initial growth ambitions due to tight pandemic-related quarantine restrictions and has yet to set a date for its first commercial flights, its chief executive said on Friday.

The carrier, which intends to compete against the financial centre’s dominant airline, Cathay Pacific Airways Ltd, was granted a licence last month to operate regular flights.

However, Chief Executive Algernon Yau said requirements for two weeks of hotel quarantine on arrival to the city would need to relax before Greater Bay would commit to a launch date and its first routes.

“I think we would need around three months in advance,” he said in a phone interview of the notice needed to gain traffic rights and airport slots.

The airline said in October it hoped to have seven jets in operation by the end of 2022, but Yau said growth plans had been scaled back due to setbacks in border openings as COVID-19 cases rose in its home city.

“I think we will operate three aircraft this year,” he said. “And maybe we will reach the level in the second half of 2023 where we are adding two more aircraft.”

The carrier is developing a longer-term growth plan that could involve a fleet of up to 30 Boeing 737 MAX 10 or Airbus SE A321neo planes flying to destinations in mainland China and around Asia over the next five years, Yau said.

Greater Bay has not yet decided if it will source the planes directly from manufacturers or from lessors or a mix of the two, he added.

The airline will have all economy class seats and a mid-market model similar to Virgin Australia and JetBlue, Yau said, positioning it between full-service Cathay Pacific and that airline’s budget offshoot Hong Kong Express.

(Reporting by Jamie Freed in Sydney; Editing by Stephen Coates) 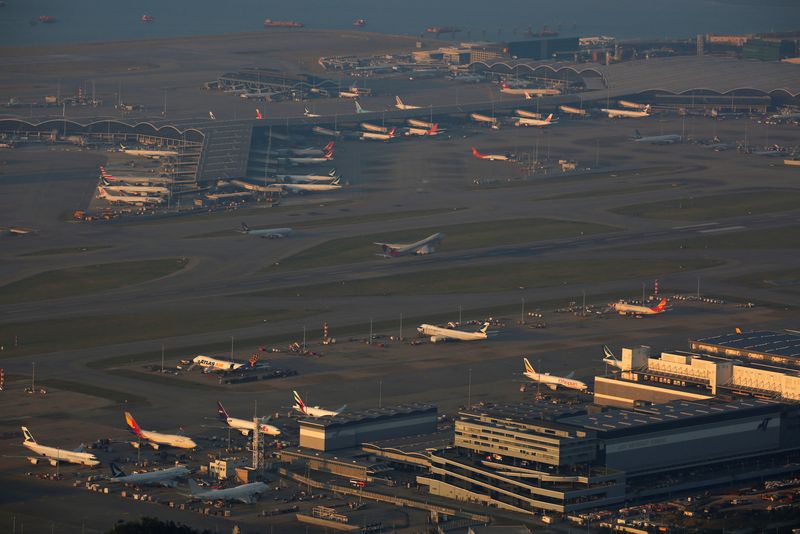