DUBAI -Syrian President Bashar al-Assad visited the United Arab Emirates on Friday in his first visit to an Arab state since the Syrian war began in 2011, underlining warming ties with a U.S.-allied country that once backed rebels who sought his ouster.

Assad met Abu Dhabi Crown Prince Sheikh Mohammed bin Zayed al-Nahyan who “stressed that Syria is a fundamental pillar of Arab security, and that the UAE is keen to strengthen cooperation with it”, Emirati state news agency (WAM) reported.

Assad’s only trips outside Syria during the war have been to Iran and Russia, close allies whose military support helped him turn the tide against opponents who had been backed by governments including U.S.-allied Gulf states.

A video posted by WAM showed Assad smiling as he stood alongside Sheikh Mohammed in front of the Syrian and Emirati flags, as well as gesticulating and smiling during talks.

The United States has opposed efforts to normalise ties with Assad or rehabilitate him until progress is made towards a political solution to the conflict, which has killed hundreds of thousands of people since spiralling out of an uprising against Assad.

But Washington has eroded its political capital with both Riyadh and Abu Dhabi by not heeding their concerns about regional rival Iran, ending its support for their war in Yemen and slapping conditions on U.S. weapons sales to the Gulf states.

WAM said the sides emphasized “the preservation of the territorial integrity of Syria and the withdrawal of foreign forces” from the fragmented country where Russia, Iran, Turkey and the United States all have a military presence.

They also discussed political and humanitarian support for Syria and its people to reach a peaceful solution to all the challenges it faces, WAM reported.


WAM said Sheikh Mohammed “expressed his wishes that this visit will pave the way for goodness, peace and stability to prevail in Syria and the entire region”. Assad briefed him on the latest developments in Syria, it said.

Assad was seen off by Sheikh Mohammed at the airport.

The meetings marked the latest in a series of diplomatic overtures that point to a shift underway in the Middle East where several Arab countries are reviving ties with Assad.

Signs of rapprochement between Assad and Arab states grew last year, including a phone call with King Abdullah of Jordan, another U.S. ally.

Analysts say political and economic considerations loom large for Arab states that are seeking closer ties with Assad, including how to counter the influence of Iran and Turkey. 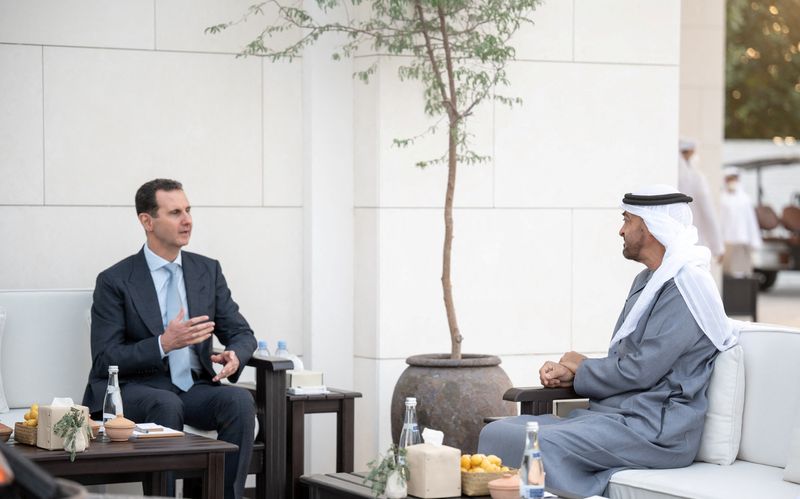 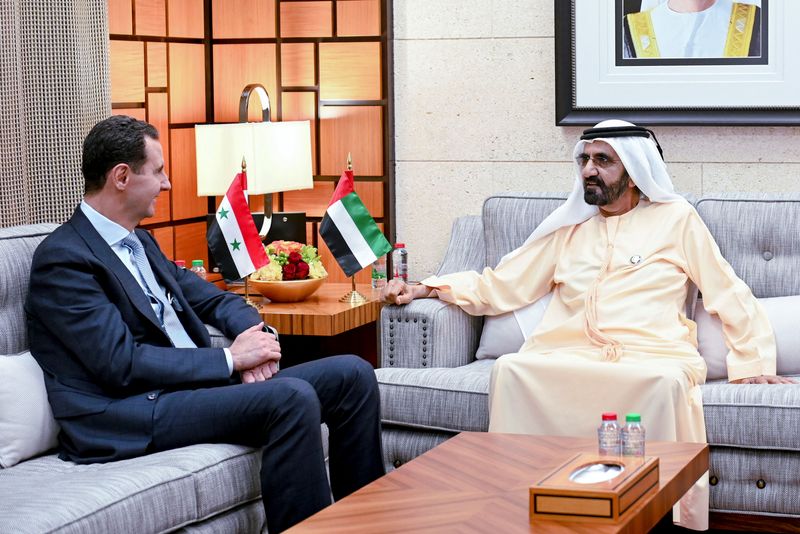