– Canadian Pacific Railway (CP) halted operations and locked out workers over a labor dispute early on Sunday, with each side blaming the other for a halt that will likely disrupt shipment of key commodities at a time of soaring prices.

“We are very disappointed with this turn of events,” said Teamsters Canada Rail Conference spokesperson Dave Fulton. The union said in a statement that it had begun to strike across the country in the dispute that it says affects 3,000 engineers, conductors and yard workers.

Canada’s second-biggest railroad operator accused the union of misrepresenting the company’s position, saying in a statement that the Teamsters were “well aware of the damage this reckless action will cause to the Canadian supply chain.”

Minister of Labour Seamus O’Regan Jr said CP and Teamsters were still at the table with federal mediators.

“We are monitoring the situation closely and expect the parties to keep working until they reach an agreement,” he said in a tweet just after midnight.

Canada, the largest country by area after Russia, depends heavily on rail to move commodities and manufactured goods to port. CP’s network runs across much of southern Canada and extends as far south as Kansas City in the United States.

The lockout is the latest blow to Canada’s battered supply chain, which last year weathered floods in British Columbia that washed out track and suspended access to Canada’s biggest port. CP has said a stoppage would disrupt the movement of grain, potash and coal.

CP had notified the union on Wednesday that it would lock out employees on Sunday, barring a breakthrough in talks on a deal covering pensions, pay and benefits.


It said the key bargaining issue is the union’s request for higher pension caps. Chief Financial Officer Nadeem Velani told a New York investor conference on Tuesday that the railway was unwilling to accept that demand.

Canada’s Nutrien said this week it may need to reduce potash production at its mines in the province of Saskatchewan if the shutdown lasts longer than a few days.

The country’s last major railway labor disruption was an eight-day Canadian National Railway Co strike in 2019. But in the past 12 years, there have been 12 stoppages due to poor weather, blockades or labor issues, according to the Western Canadian Wheat Growers Association.

(Reporting by Ann Maria Shibu in Bengaluru and Rod Nickel in Chicago; Editing by William Mallard and Muralikumar Anantharaman) 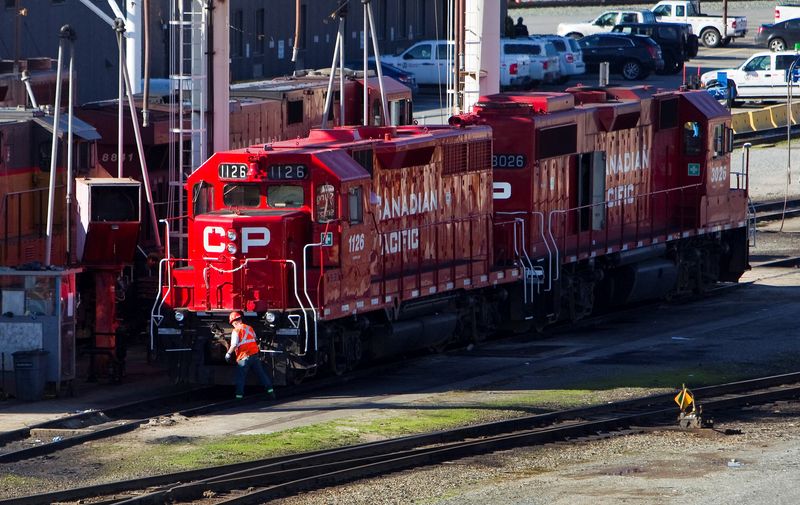