By Suleiman Al-Khalidi and Laila Bassam

AMMAN/BEIRUT – Some Syrian paramilitary fighters say they are ready to deploy to Ukraine to fight in support of their ally Russia but have not yet received instructions to go, two of their commanders told Reuters.

Nabil Abdallah, a commander in the paramilitary National Defence Forces (NDF), said he was ready to use expertise in urban combat gained during the Syrian war to aid Russia, speaking to Reuters by phone from the Syrian town of Suqaylabiyah.

“Once we get instructions from the Syrian and Russian leadership, we will fight this righteous war,” Abdallah said on March 14, four days after President Vladimir Putin gave a green light for 16,000 volunteers from the Middle East to deploy in Ukraine.

“We don’t fear this war and are ready for it once instructions come to go and join. We will show them what they never saw … We will wage street wars and (apply) tactics we acquired during our battles that defeated the terrorists in Syria,” he added.

The Kremlin referred Reuters’ requests for comment to the Russian Defence Ministry. The ministry did not respond to a request for comment on whether Russia intended to issue instructions for NDF fighters to deploy or whether any NDF fighters had been recruited so far.

Syria is Russia’s closest ally in the Middle East, and Moscow’s intervention in the Syrian war in 2015 proved decisive in helping President Bashar al-Assad defeat rebel forces in enclaves across much of the country.

The NDF emerged from pro-Assad militias early in the Syrian war and fought in offensives that captured some of the rebel held enclaves, with Russian air support.


Now largely demobilised, the NDF numbers in the tens of thousands, experts on Syria say, a potentially large pool of recruits for Russia if the Ukraine war drags on.

A second NDF commander, Simon Wakeel from the nearby town of Mharda, also told Reuters “a lot of our people want to enlist to join our Russian brothers (and) allies, but we have not received any instructions from the leadership”.

“We are auxiliary forces that fought alongside the army and with our Russian allies. We crushed the terrorists who waged the war in Syria,” added Wakeel, who has been decorated by Russia and whose Facebook page includes images of church gatherings, men in military fatigues, and Assad.

On March 11, Putin told a meeting of Russia’s Security Council that if people from the Middle East wanted to come to Ukraine of their own accord, and not for money, then Russia should help them “get to the conflict zone”.

Putin’s remarks came after Ukraine announced on March 3 that more than 16,000 foreigners had volunteered to fight on its side against Russia. Ukraine has established an “international legion” for people from abroad.

In Washington, U.S. Marine General Frank McKenzie, head of Central Command, which oversees U.S. forces in the Middle East, told a Senate hearing on March 15 the numbers of Syrians trying to head to Ukraine appeared to be a “trickle”.

“We believe that out of Syria there are perhaps small, small — very small — groups of people trying to make their way to Ukraine,” he said. “Right now it’s a very small, trickle.”

Two senior regional officials with close ties to the Syrian government and three sources close to the Syrian army have told Reuters that Russia has been seeking to tap Syrians with combat experience for Ukraine.


The effort is being run out of a Russian air base at Hmeimein in Syria’s Latakia province, they said, speaking on the condition of anonymity due to the sensitivity of the matter.

Ukrainian military intelligence said 150 mercenaries were sent from Russia’s Hmeimein air base in Syria to Russia on March 15 to take part in military actions against Ukraine, the Chief Directorate of Intelligence of the Ministry of Defence of Ukraine said in response to questions from Reuters.

It said more than 30 fighters had returned to Hmeimein from Russia “after being wounded in fighting with Ukrainian defenders”.

Ukrainian military intelligence said the recruits had been promised they would be used strictly in a policing role to maintain order in occupied territories, but recently information has begun to circulate among mercenaries about taking part directly in military actions against the Ukrainian army.

The Russian defence ministry and the Syrian information ministry didn’t comment on the account from Ukrainian intelligence.

In a video released on March 11, President Volodymyr Zelenskiy said Ukraine had “information that Russian forces are bringing in mercenaries from different countries”, warning “anyone who tries to join forces with the occupier in our Ukrainian lands — this will be the worst decision of your life”.

The senior regional officials said the salary on offer to an ordinary recruit was around $1,000 a month, some 30 times more than a Syrian soldier’s pay. Experienced fighters could get $2,000.


The Syrian Observatory for Human Rights, a UK-based organisation that reports on Syria using sources on all sides of the conflict, said a monthly salary of 1,000 euros is on offer, along with compensation of 7,000 euros for the wounded and 15,000 euros paid to the families of fighters who die. It cited Syrian military sources for the information.

No contracts had been issued, it said.

When asked by Reuters about reports of money being offered or paid to go to Ukraine, NDF commander Wakeel denied this and said “we are volunteers in a righteous case”.

Reuters could not independently verify the compensation details reported by the Observatory and the regional officials.

At the March 11 meeting of the Russian Security Council, Defence Minister Sergei Shoigu said the volunteers from the Middle East were ready to fight alongside Russian-backed forces in the breakaway Donbass region of eastern Ukraine.

“Many of them we know – they helped in the struggle with (Islamic State) in the most difficult time, in the past 10 years,” said Shoigu, in an apparent reference to the Syria conflict.

(Reporting by Suleiman al-Khalidi in Amman, Laila Bassam and Tom Perry in Beirut, Phil Stewart and Idrees Ali in Washington, Guy Faulconbridge and Mark Trevelyan in London, Natalia Zinets in Lviv, and by Ron Popeski; Writing by Tom Perry; Editing by William Maclean) 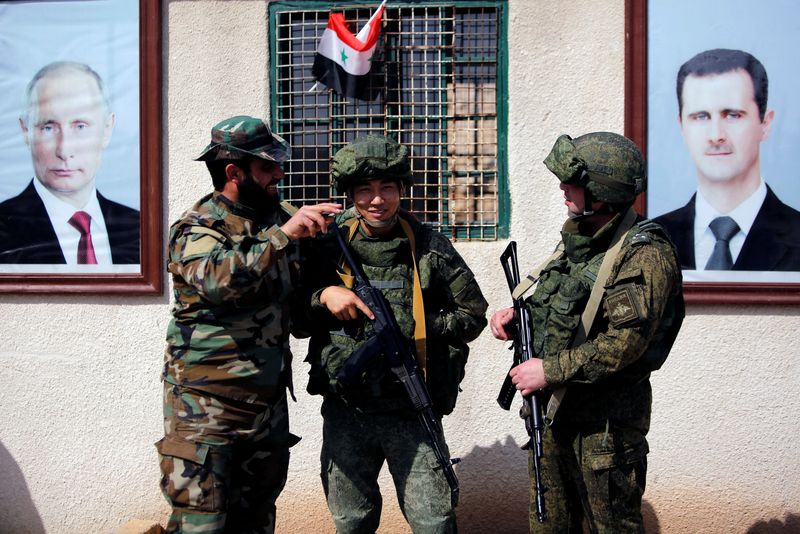 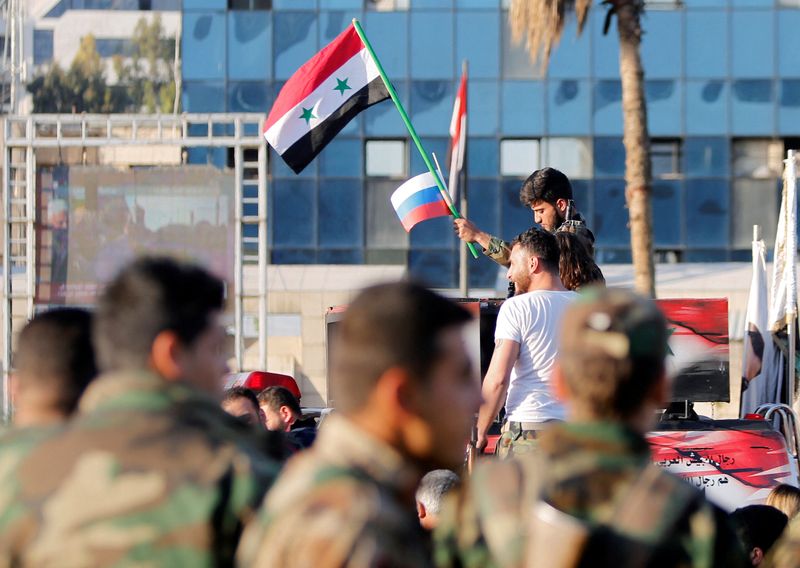 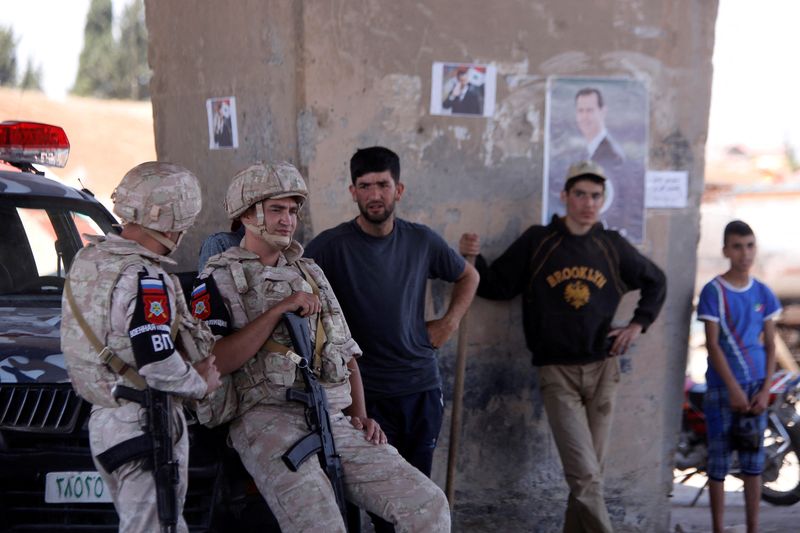 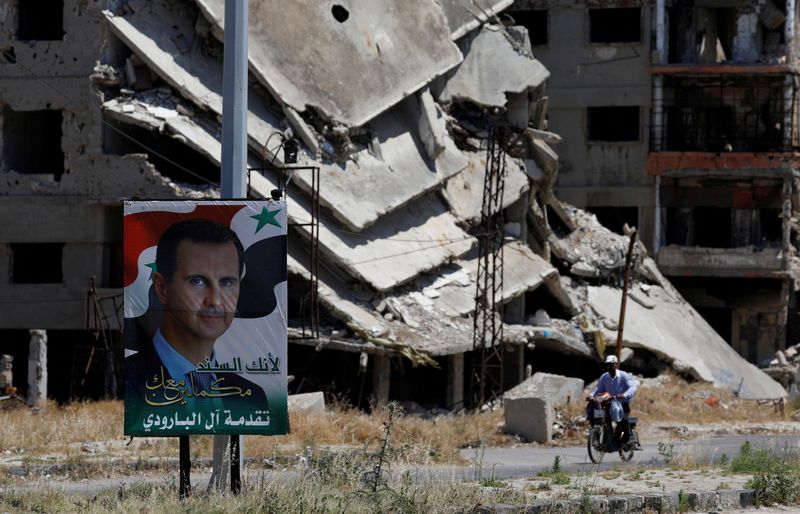 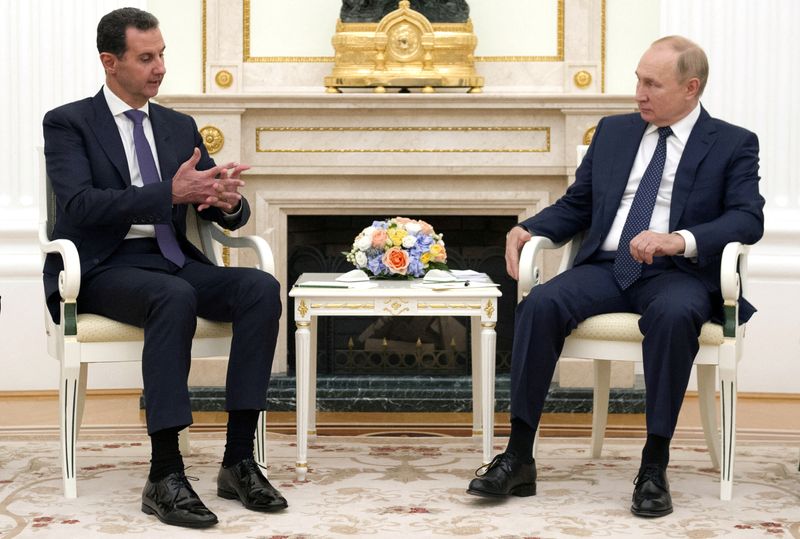