ORLANDO, Fla. – Hedge funds went into the Fed’s interest rate lift-off wagering on a stronger dollar and steeper U.S. yield curve, but have so far been wrong-footed as the dollar has since dipped slightly and the curve has flattened dramatically.

Futures market data for the week through March 15, the day before the first rise in U.S. interest rates since 2018, showed that speculators increased their net long dollar position by the largest amount this year.

The data also revealed the biggest shift in favor of two-year Treasuries futures in over a year, a reduction in net short positioning that was twice as aggressive as the scaling back of funds’ net short position in 10-year bonds.

Put together, that was effectively a bet that the two-year yield will fall faster than the 10-year yield, thereby ‘steepening’ the curve. The opposite happened.

The gap between two- and 10-year Treasury yields shrank by around 13 basis points to just 18 bps after the Fed’s rate hike. Inversion of this part of the yield curve, which has preceded every recession in the past 45 years, is close.

Funds had successfully bet on a flattening yield curve in the first two months of the year. But in recent weeks they have tried to position for a reversal that has yet to materialize.

The Federal Reserve’s quarter-percentage point rate hike on March 16 was expected, but policymakers’ punchy forecasts on how quickly and high rates will have to rise to quell inflation were not.

“The March FOMC meeting surprised with its hawkish tilt and now reflects a Fed that has caught up to the curve, recognizing the severity of the inflation/employment mismatch,” Bank of America’s U.S. rates strategists wrote on Friday.

This supports a higher terminal rate and overall level of interest rates, and a flatter curve, they added.

The CFTC data also show that funds made a big bet on the dollar strengthening. They increased their bullish dollar bets against a broad range of currencies by almost $4 billion, the biggest weekly increase since November.

But the dollar has struggled post-Fed. It has fallen 0.5% against a basket of currencies and almost 1% against the euro, in part because foreign exchange traders now believe maximum hawkishness on the U.S. rate outlook is in the dollar’s price.

A deeper dive into the latest CFTC report shows that the surge in net long dollar positions was driven by a historic wave of euro selling.


Net euro longs were slashed by over 40,000 contracts, the biggest weekly swing against the single currency since 2018 and the fourth largest ever.

Drilling even deeper, that was wholly down to funds liquidating long positions rather than opening new short positions. Longs were slashed by 40,643 contracts, the second most since CFTC contracts were launched in 1999.

Even though the European Central Bank is talking tough on inflation and traders are pricing in rate rises later this year, the Russia-Ukraine war has darkened the euro zone’s economic outlook and sentiment towards the euro.

“The history for the dollar is pretty good at this juncture for the 2s/10s curve spread. We wouldn’t expect the same extent of gains … but dollar strength looks likely,” they wrote on Friday. 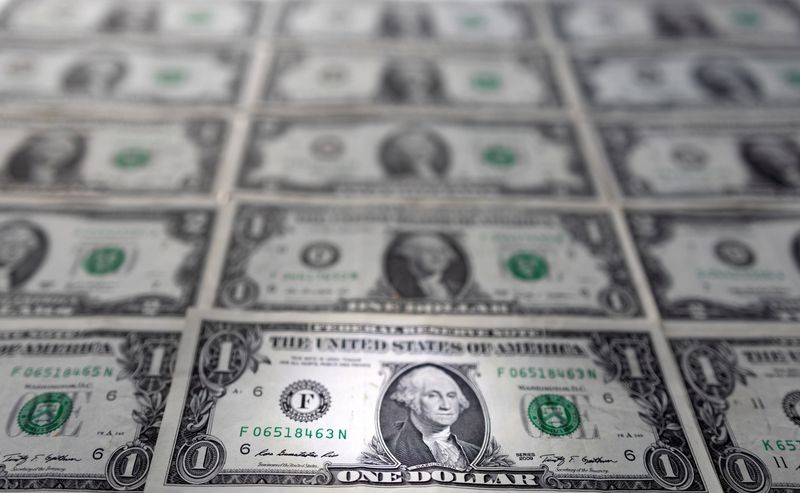