LONDON – Russia is due to make another dollar-denominated payment to bondholders on Monday after last week defying fears it might not be able or willing to do so, following Western countries’ unprecedented sanctions over Moscow’s actions in Ukraine.

Paying external holders last week means Russia swerved its first default, for now, since a 1998 financial crisis and its first on international bonds since the 1917 revolution, when the Bolsheviks repudiated obligations of the Tsarist government.

But with Russia due to repay another $66 million on Monday and a total of $4.7 billion between now and year end, there are further tests to come.

Russia has 15 international bonds outstanding with a face value of around $40 billion. Prior to the Ukraine crisis roughly $20 billion was held by investment funds and money managers outside Russia.

Last week’s drama centred on two bonds the government issued in 2013, for which coupon, or interest, payments with a combined value of just over $117 million were due on Wednesday.

Like many international bonds there was a 30-day grace period, meaning Moscow effectively had until April 15 to pay.

Initially, Russia seemed to balk at the prospect of sending scarce hard currency overseas, but on March 14 the finance ministry said https://minfin.gov.ru/ru/press-center/?id_4=37805-utverzhden_vremennyi_poryadok_ispolneniya_gosudarstvennykh_dolgovykh_obyazatelstv_rossiiskoi_federatsii_v_inostrannoi_valyute it had approved a temporary procedure to make the payments.

Under a temporary license issued by the U.S. Office of Foreign Assets Control (OFAC), Russia’s correspondent bank JPMorgan, was able to process the cash before crediting it to another U.S. bank, Citigroup, the paying agent.

Citi checked the details and distributed it to bondholders, who market sources said on Thursday and Friday had received the money.

Further tests come thick and fast. On Monday, Russia is due to make a $66 million payment although technically, under the terms of the issue it could make this payment – as well as a $102 million one on March 28 – in alternatives currencies, including roubles.

Gramercy, an emerging markets fund manager, noted on Friday that making use of the bond’s “alternative payment currency event” required a 15-day notice, which it said Russia’s finance ministry had not published.

After last week’s payment showed Russia had the ability and willingness to pay in dollars, Morgan Stanley analysts said there was no reason for Russia to be able to invoke the alternative rouble payment clause, but that “doesn’t guarantee that Russia won’t try”.

On March 31 there is a $447 million payment that must be made in dollars, while its biggest payment of the year — and its first full repayment of “principal”, of $2 billion — is due on April 4.

Foreign investors also owned about $38 billion-worth of rouble-denominated sovereign bonds known as OFZs before this crisis, JPMorgan estimates — nearly 20% of that market. Some of the payments due on those have not yet been made.

Even if Russia remains willing to pay, there may be complications, especially for bonds that must be serviced in dollars.

Western sanctions ban transactions with Russia’s finance ministry, central bank or national wealth fund, although the temporary general license 9A https://home.treasury.gov/system/files/126/russia_gl9a.pdf issued by OFAC on March 2 makes an exception for the purposes of “the receipt of interest, dividend, or maturity payments in connection with debt or equity”.

That license expires on May 25, however, after which Russia will still have almost $2 billion worth of external sovereign bond payments to make before the end of the year.

Morgan Stanley analysts say that after Monday’s test, the next crucial date is May 27, when the first payments come due after the licence has expired.

That could force Russia into making payments for a dollar 2026 bond and a euro 2036 bond in roubles to onshore accounts, which the finance ministry has said would be its fallback option.

That would trigger a default on the dollar bond, as only the euro bond allows for payment in roubles.

Morgan Stanley analysts say that the GL9A licence could be extended, “yet for this to happen it would need a significant move towards de-escalation”.

Some analysts suggest money frozen abroad under the sanctions may have been used for last week’s payments, although Russia has generally paid debt out of budget funds in the past.

WHAT WILL HAPPEN IF IT DOESN’T PAY?

If Russia fails to make any of its bond payments within their defined grace periods, or pays in roubles where dollars or euros are specified, it will be a historic default.

Such an event would have been unthinkable before the Feb. 24 invasion of Ukraine, which Moscow describes as a “special military operation”, and subsequent Western sanctions.

Russia has nearly $650 billion of central bank reserves, one of the lowest debt-to-GDP levels in the world and has been raking in money from soaring oil and gas prices.

A default would lock it out of the international borrowing markets until the sanctions were lifted and it repaid creditors for any losses they had suffered.

It would also depress its credit ratings for some time, pushing up the interest rates the government and big Russian companies can borrow at. 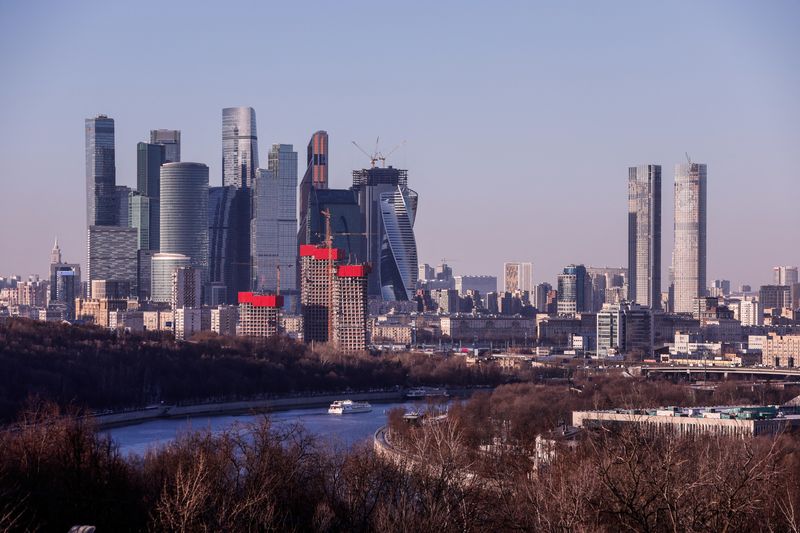