HAVANA – Hours-long lines formed at gas stations in Cuba´s capital Havana on Monday after local media reported rationing of fuel in at least one province amid a biting economic crisis that has already left food and medicine in short supply across the island.

Geobel Quintero, a program coordinator for the Matanzas provincial government, told local media that rationing had begun in that province on Sunday but downplayed the problem, blaming the shortfall primarily on distribution issues.

“This is not a consequence of a fuel deficit in the country,” Quintero told state-owned provincial newspaper Giron. “This is a temporary problem.”

Quintero said in the report that state-run company Transcupet, which provides fuel to the country´s service stations, was working with only 62% of its delivery trucks. Logistical issues had hampered distribution, the report said.

Word of the rationing spread quickly through the neighboring province of Havana, where the remaining fuel was quickly snapped up Sunday, leaving little gas and diesel available at stations in Havana on Monday.

“I´ve been here since 7 this morning and now its 11:30, four hours,” said Jorge Paez, 53, a self-employed worker waiting in a nearly kilometer-long line to fuel up his Soviet-era motorcycle and sidecar. “This is a situation that repeats itself every three months … and the problem is never resolved.”

The Cuban government did not immediately reply to a request for comment.

Officials in Cuba have previously blamed the decades-long U.S. embargo and more recent, severe sanctions under former U.S. president Donald Trump for complicating foreign imports of fuel to the island.


Cuba´s ailing fuel supply is also a function of declining domestic production, limited refining capacity and reliance on ally Venezuela, which is suffering production problems of its own, according to Jorge Piñon, a professor and energy policy expert at the University of Texas at Austin.

“Cuba’s current fuel challenge is as a result of low refinery production and their inability to purchase (with cash) gasoline and diesel in the international oil markets to supplement their Venezuelan oil deliveries, due to high oil prices,” Piñon said.

The long lines also reflect a deepening economic crisis that flared up with the fresh U.S. sanctions in 2019 and worsened with the coronavirus pandemic.

Tourism, a key driver of foreign exchange, has also struggled to recover, leaving the country without the cash it needs to purchase much-needed food, fuel, medicine, raw materials and spare parts.

“It´s getting ugly, very ugly. We don´t know how this will end,” said Jorge Luis Mendez, 55, a state worker who was waiting for a gas truck to arrive to replenish a station on Havana´s waterfront. “There are too many problems, but well, we carry on.” 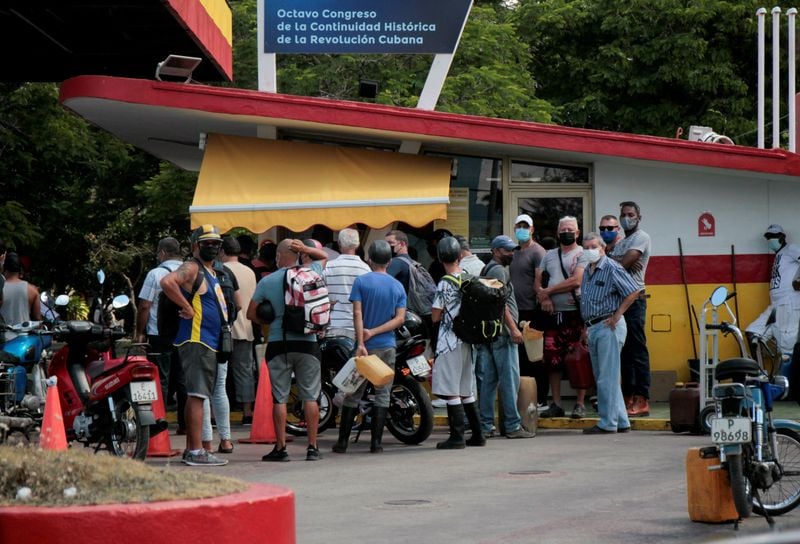 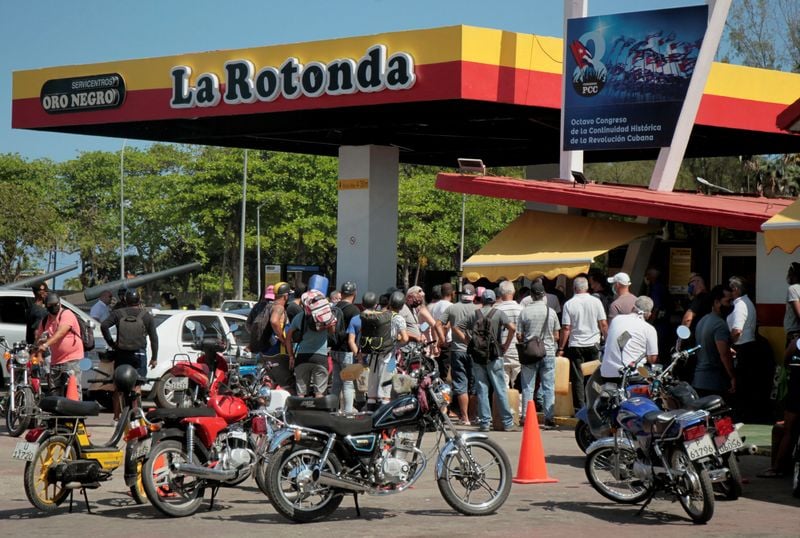 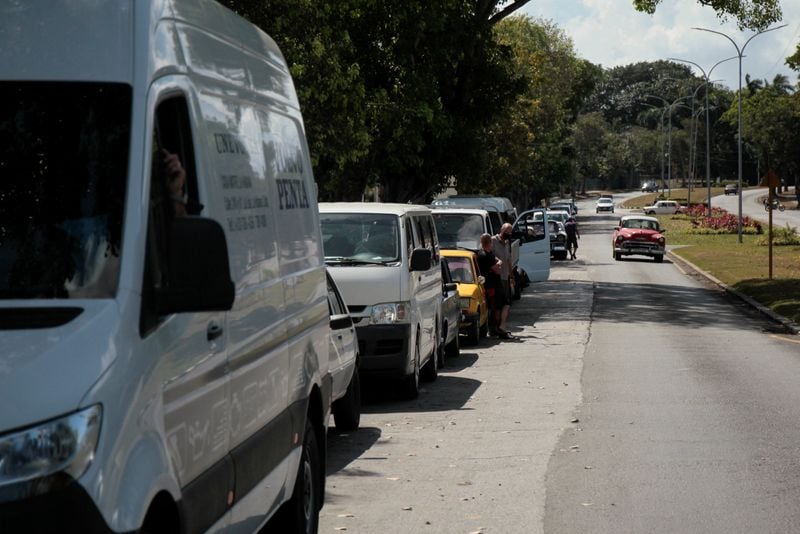 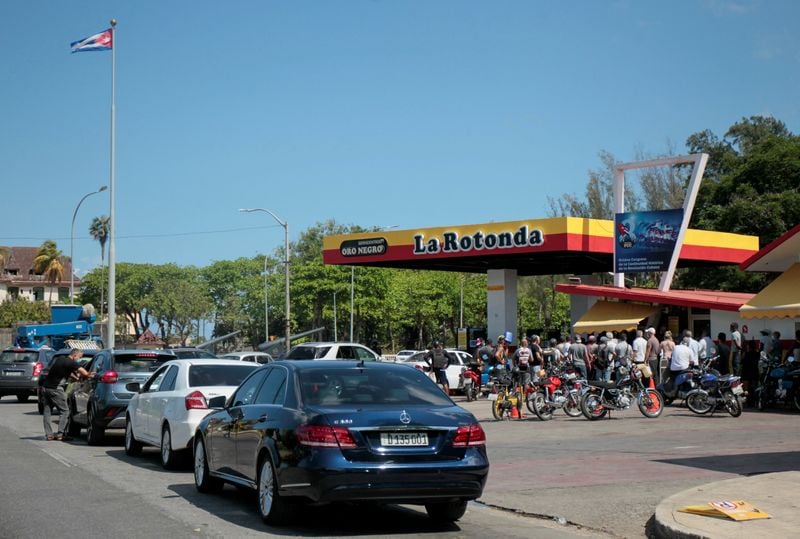 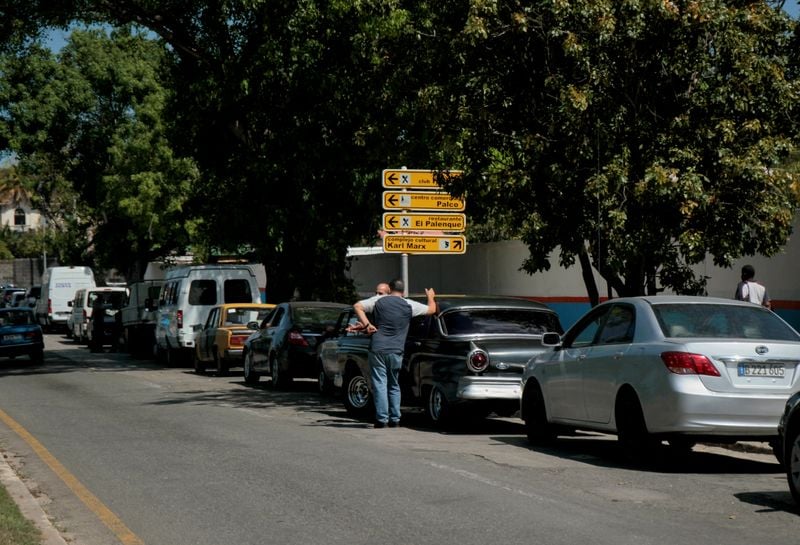