The decision on managing the fund, which tracks the benchmark Hang Seng index and is Hong Kong’s top exchange traded fund (ETF), is expected to be announced in the coming weeks, said the sources with direct knowledge of the matter.

HKMA and SSGA declined to comment on any change in the TraHK mandate, which was first reported by media outlet Caixin.

The HKMA’s move follows a review by the de-facto central bank and comes a year after a U-turn by SSGA, over an investment decision linked to U.S. sanctions on Chinese firms.

SSGA said in January 2021 that it would stop buying shares in China Mobile and China Unicom, two large constituents of the Hang Seng index, citing a decision to no longer invest in securities of U.S. sanctioned entities.

But three days later SSGA said it would resume investing in stocks denied to U.S. investors under an executive order by then U.S. President Donald Trump.

The initial TraHK decision to stop investing in the banned securities sparked anger from some investors, who called for SSGA to be replaced by a manager that could buy the stocks.

TraHK, which is popular among Hong Kong retail investors and pension funds, was set up in 1998 by Hong Kong’s government to offload shares it had bought during the Asian financial crisis.


Two local asset managers have emerged as possible contenders to replace SSGA, including Hang Seng Investment Managers, an investment arm of Hang Seng Bank, which is a unit of HSBC, said the sources, who requested anonymity.

CSOP Asset Management, a joint venture between one of China’s largest fund house China Southern and Hong Kong hedge fund OP investment, is the other candidate up for the top ETF job in Hong Kong, the sources said. 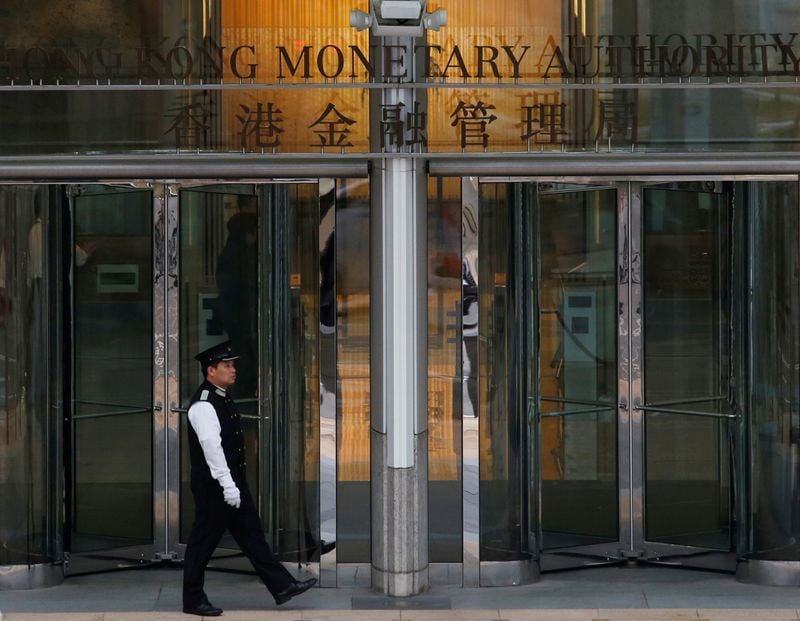