OTTAWA – Red-hot inflation has Canadians opening their wallets wider at the grocery store and gas pump, but that’s not stopping them from also spending on travel, new cars and home improvements as pent-up demand outweighs cost pressures, at least for now.

Household consumption was the top contributor to Canada’s economic growth last year, according to official data, as consumers embarked on a historic spending spree. The Bank of Canada sees the binge continuing to drive the economy in 2022 even as it kicked off a tightening cycle this month.

But record mortgage debt and higher interest rates, coupled with the prices of everyday essentials rising at their fastest pace in three decades, risk putting a damper on all this spending, and that could curb economic growth.

Consumers, however, have shrugged off the spiraling prices so far and once again are ramping up their discretionary spending, according to interviews with retailers, car dealers, real estate agents and economists.

“Canadians have solid balance sheets, they’ve racked up ample savings and, for the most part, confidence is holding up,” said Rannella Billy-Ochieng’, an economist at RBC Economics.

RBC has pegged excess savings in Canada as a result of the COVID-19 pandemic at more than C$300 billion ($238.5 billion), enough to help consumers hedge against the rising cost of living, said Billy-Ochieng’.

The Bank of Canada expects Canadians to draw down roughly C$40 billion of those excess savings through the end of 2023. Consumer spending intentions hit their highest level on record in the fourth quarter of 2021, the central bank said.

The result will be a tsunami of consumer activity unleashed on the Canadian economy, assuming inflation – currently running at 5.7% annually and set to go higher – is contained and geopolitical tensions do not broaden.

“Sometimes I have two or three people fighting over one car,” Liu said.

The car buying frenzy is fueled by pent-up demand after months of low inventory due to a global semi-conductor chip shortage, said Huw Williams of the Canadian Automobile Dealers Association. With car lots filling back up, Williams sees a surge in sales followed by more normal buying patterns.

Tourism has also benefited, with travel spending touching pre-pandemic levels for the first time in February, according to RBC’s consumer spending tracker.

“People are seizing the moment to travel,” said Susan Catto, head of publishing and production at Travelzoo Canada, adding that most of the would-be travelers are buying trips they can take right away.

Canadians took out record mortgage debt during the pandemic, sending house prices surging 52% in just two years. With interest rates now rising, some 73% of Canadians are concerned about the impact on their living expenses, according to an Angus Reid survey this month for accounting firm Grant Thornton.

Nearly half of respondents said they could not afford an extra C$100 of debt payments per month.

“Some people have absolutely no financial room to spare,” said Freida Richer, a partner at Grant Thornton.

Established homeowners, however, have more breathing room. Higher property prices mean they are willing to spend a lot more on renovating their homes than in pre-pandemic times, said Tim Priddle, co-owner of the WoodSource, a lumber and millwork shop in Ottawa.

“A lot of people in 2023 will probably say ‘let’s go on a holiday to Europe’ rather than renovate the backyard,” he said.

(Reporting by Julie Gordon in Ottawa; Editing by Paul Simao) 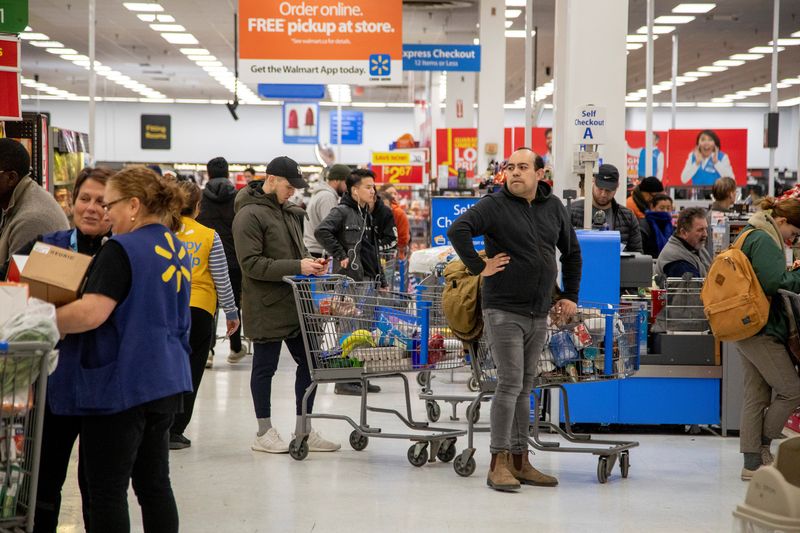