SHANGHAI – In footage shared on social media last week, a crowd of people in the northeastern Chinese city of Shenyang bang against the windows of a clothing market as they shout in frustration at the announcement of yet another round of COVID-19 tests.

Though the local government quickly urged people not to “spread rumours” about the incident, the response from netizens was immediate. “Refuse quarantine!” said one. “Many people have awoken to the truth,” said another.

“It’s actually over,” said a netizen posting on WeChat under the username “Jasmine Tea”. “The common cold is more serious than this… The testing agencies want this to go on. The vaccine companies want to inoculate forever.”

The comments reflect the growing frustrations throughout China as authorities use all the tactics in their “zero-COVID” playbook to grapple with the more infectious Omicron variant.

As case numbers surge, members of the public are wondering whether the government’s increasingly complex “dynamic clearance” methods – including the continuous testing of residents – still work.

“It shows that at the cost of the normal activities of very small numbers of people, and the control of movement in very small areas, what comes in exchange is normal production and normal life for the widest range of regions and people,” he said.

But there have been signs that a lack of clarity and consistency is exasperating the public, and China’s social media censors have been working overtime to try to clear the tide of complaints.

In Yanjiao in Hebei province, a dormitory town for workers in Beijing, residents have been struggling to get home amid stringent lockdowns.

Images shared online, many of which have already been deleted, showed residents queuing in heavy snow for test results to get out of the capital. The posts drew hundreds of comments.

“It’s been three years since the outbreak and the government is still so ineffective in handling it – lazy one-size-fits-all government in complete disregard for the life and death of the people,” said one netizen, posting on China’s Twitter-like Weibo platform under the username Aobei.

Economic hardships have also been mounting. A courier surnamed Mao in the badly hit city of Changchun in northeastern Jilin province told Reuters that 90% of the neighbourhoods have been shut down, and he couldn’t earn a living.

“I don’t have any choice, I can only wait for them to unseal the city – it’s hopeless,” he said.

Residents have also complained about the arbitrary nature of the rules as well as the unchecked power of the neighbourhood residential committees responsible for enforcing them.

In Beijing, one family said their residential committee was about to install a monitoring device on their apartment door to ensure they complied with an order to stay home for two weeks. The order came after a family member entered a supermarket that had been visited two days before by a confirmed COVID-19 case.

In Shanghai, residents were also bewildered by the uneven testing standards and lockdown thresholds imposed by apartment blocks and compounds across the city.

But China’s policies have caused more than mere inconvenience, with netizens increasingly willing to discuss how lockdowns led to tragedy.

A widely shared post on Weibo last week reported that a patient undergoing chemotherapy at the Shanghai Cancer Hospital died while locked down in her lodgings next to the hospital.

In posts since deleted, bereaved citizens also shared stories about the death of loved ones caused by COVID-related disruptions.

“My dad died of a stroke at the end of last year,” said one, posting under the name MaDDNa. “There was some hope of treatment. Unfortunately, we had to wait for a nucleic acid test report and missed the best treatment time.”

(Reporting by David Stanway; Additional reporting by the Beijing and Shanghai newsrooms. Editing by Gerry Doyle) 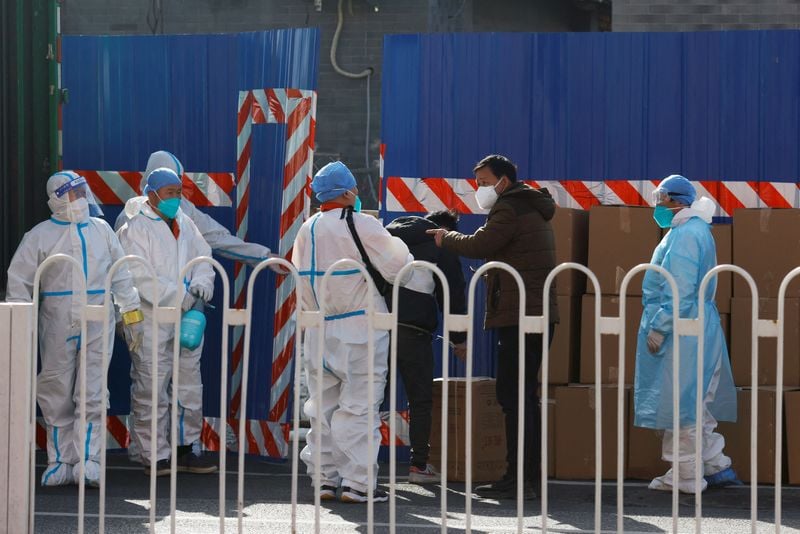 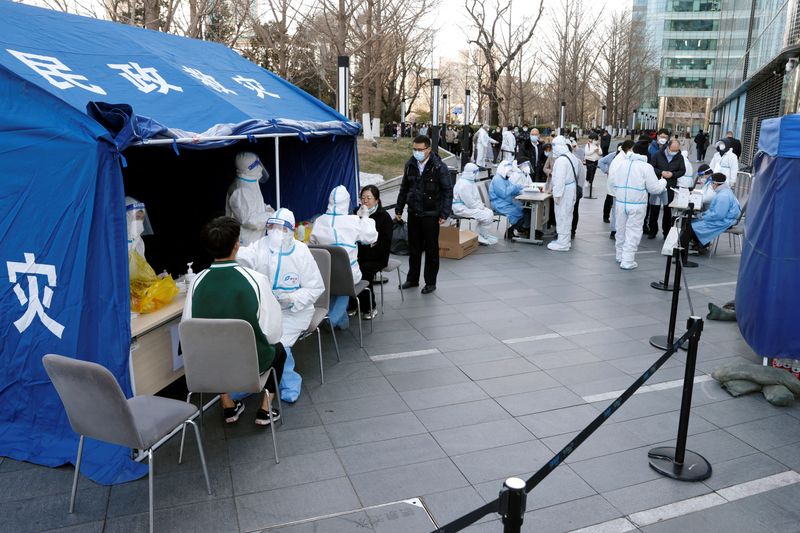 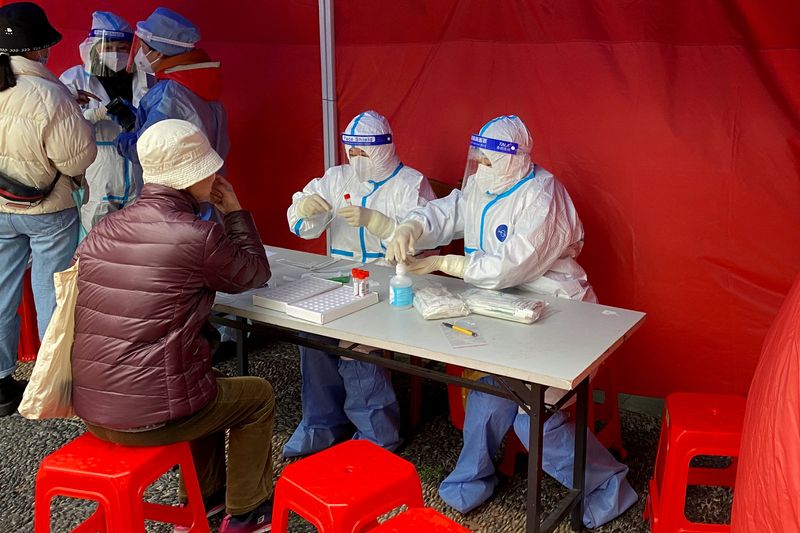