GENEVA – Western countries are refusing to engage with Russia at the World Trade Organization (WTO) in Geneva in a coordinated move that has already led to negotiations seizing up across a number of sectors, trade sources told Reuters.

Russia’s invasion of Ukraine and the ensuing economic isolation as a result of Western sanctions are the latest setback to WTO efforts to restore rules-based trade against a tide of growing protectionism.

Trade delegates now fear a June 13 meeting of trade ministers – originally slated for 2020 but twice delayed because of the coronavirus pandemic – will fail to yield deals.

“There are WTO members who do not want to negotiate with Russia,” said Hamid Mamdouh, an ex-WTO official and trade lawyer in Geneva. “The longer the war drags on, the more disruptive it will be to the work of the WTO.”

Washington and G7 partners have already announced they are revoking Russia’s “most favoured nation” status, under which countries agree to treat each other as equal trading partners, and are withdrawing support for the eventual accession of Belarus, Moscow’s close ally.

Russia in turn has accused the West of “a complete dismantling” of the world’s trading system.

Beneath the barbed exchanges, tensions have affected the trade watchdog’s nuts-and-bolts business.

One delegate from a Western country said those not engaging with Russia at the WTO included the European Union, the United States, Canada and Britain. Those missions did not respond to official requests for comment.

“We refuse to engage bilaterally or in the context of smaller groups,” the source said.

The policy has so far affected negotiations on fisheries, agriculture as well as e-commerce and investment facilitation, the trade sources said, saying meetings were either postponed or never scheduled.

“Many governments have raised objections to what is happening in Ukraine and these objections have manifested themselves in a lack of engagement with the member concerned,” WTO spokesperson Keith Rockwell said.

Well before Russia’s actions in Ukraine, the 27-year old body was already under pressure to prove its relevance.

With its top dispute settlement body paralysed since 2019 by the opposition of former U.S. President Donald Trump to its methods, and no major global trade deal in years, the June meeting is seen by some as a last chance to redeem itself.

WTO ministerials typically take place every two years but officials delayed the 2020 meeting by 18 months to Nov. 2021 due to COVID, only to have the plan scuppered by the Omicron wave.

The new date was fixed a day before Russia’s invasion.

“The cumulative effect (of the problems) could lead the WTO to a breaking point,” said Mamdouh. 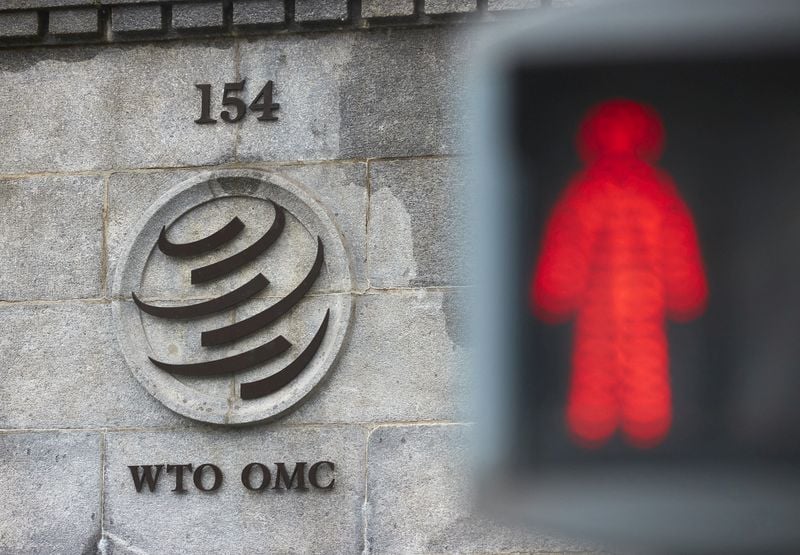