LONDON – “The longer the war goes on, the greater the chance of an economic recession,” the chief executive of commodity trader Vitol said on Tuesday at a business leaders’ conference organised by the Financial Times.

Recession risks were already elevated before Russia’s invasion of Ukraine and the subsequent surge in commodity prices and disruption of supply chains has worsened the adverse economic trends.

Recessions have proved notoriously difficult to predict, or identify when they first start, even for the most learned researchers of the business cycle.

For the most part, recessions are caused by a complex interaction of output, employment, prices, costs, productivity, interest rates and credit, among other variables, rather than a single external shock such as a spike in oil prices.

But a sudden rise in the price of oil, or some other shock, can act as the tipping point if the business cycle has already become susceptible to a downturn, as was probably the case at the start of 2022.

Prior to Russia’s invasion, the principal economic and financial indicators painted a mixed picture about the state of the U.S. business cycle (https://tmsnrt.rs/37U1EQs).

Production and employment indicators were strong, suggesting there was unlikely to be a recession for at least another six to 12 months, but prices and incomes indicators were more pessimistic.


U.S. manufacturing output had increased by almost 1.2% over the three months from November to February, according to the Federal Reserve, implying the economy had strong positive momentum.

Manufacturers reported a widespread improvement in business conditions, with the Institute for Supply Management’s (ISM) composite indicator at 58.6 in February.

The ISM index was well above the 50-point threshold signalling an expansion rather than a contraction, though it had already started to ease back from a peak in the summer of 2021.

The number of non-farm jobs had increased by more than 1.7 million between November and February as businesses reopened and rehired after the coronavirus recession and lockdowns.

But core consumer prices for items other than food and energy were rising at an annual rate of more than 6%, consistent with the onset of a recession in past business cycles.

The Treasury yield curve had flattened significantly and the spread between two-year and 10-year notes had narrowed to levels consistent in the past with the advent of a recession or at least a mid-cycle slowdown.

Real personal incomes less transfers (PILT) had fallen by 0.3% between October and January, according to data from the U.S. Bureau of Economic Analysis, as wages failed to keep up with the rise in prices.

PILT is one of a suite of indicators the National Bureau of Economic Research’s Business Cycle Dating Committee uses to identify peaks and troughs in the business cycle.

The three-month fall in PILT put the indicator in just the 14th percentile for all months since 1990, which helps explain why consumer sentiment has tumbled even as job growth has continued.

The contrast between strong manufacturing production and business surveys on the one hand and the weakness revealed by PILT on the other confirms the economy’s main problem is a cost of living crunch.

Russia’s invasion and the sanctions imposed in response have intensified this problem by sending oil and gas prices surging and disrupting other manufacturing and food supply chains.

Recessions are difficult to forecast in real time because by definition the onset of the recession is also the peak of the previous expansion.

Slowdowns in the business cycle always start when business conditions and employment have been relatively good until recently.

Recent buoyancy encourages forecasters to be over-optimistic that positive conditions will persist and they under-estimate the probability the economy is at a turning point.

“Many forecasts are overly influenced by the most recent events or developments; they rely on the persistence of local trends and are insufficiently cyclical,” he said. (“Business cycles: theory, history, indicators and forecasting”, 1992).


Forecasters also have professional reputational reasons for maintaining an optimistic outlook and predicting a soft landing for the economy.

“A forecaster is understandably anxious to avoid predicting a downturn spuriously or prematurely ahead of others, which explains why some indicators warnings are not heeded,” Zarnowitz wrote.

As a result, professional forecasters routinely fail to identify turning points until after they have happened, even when the data starts to become adverse.

The critical question is whether the invasion and sanctions will worsen the adverse trends in the economy enough to push it into a significant slowdown or even a full-blown recession.

The economic shock caused by Russia’s invasion is much smaller than the one created by the spread of the coronavirus epidemic around the world in the first quarter of 2020.

But it is at least as big as the shocks caused by Iraq’s invasion of Kuwait in 1990, the Iranian revolution in 1979 and the Arab oil embargo in 1973, all of which were followed by recessions.

The current shock is also propagating through multiple channels simultaneously, including the energy system, the food system, manufacturing supply chains, the international freight network, and the global payments system.

Complicating the picture, the U.S. Federal Reserve and other major central banks are trying to reduce inflation, limiting their room to cut interest rates or ease credit conditions to offset any negative impact on business activity.


Recessions usually occur when, like now, there is a contradiction between policy objectives, forcing central banks and governments to make an uncomfortable choice, prioritising other goals at the expense of a temporary slowdown in output growth and employment.

The scale and complexity of the current shock makes the business-cycle impact particularly hard to forecast but in the context of an already severe inflation problem it is likely to be large and negative.

Even if the United States successfully avoids a recession, Europe is much more integrated with the Russian economy, and the probability of a recession is therefore very much higher.

The more the conflict and sanctions escalate, and the longer they persist, the larger disturbance to the economy and the greater the probability of a recession ensuing. 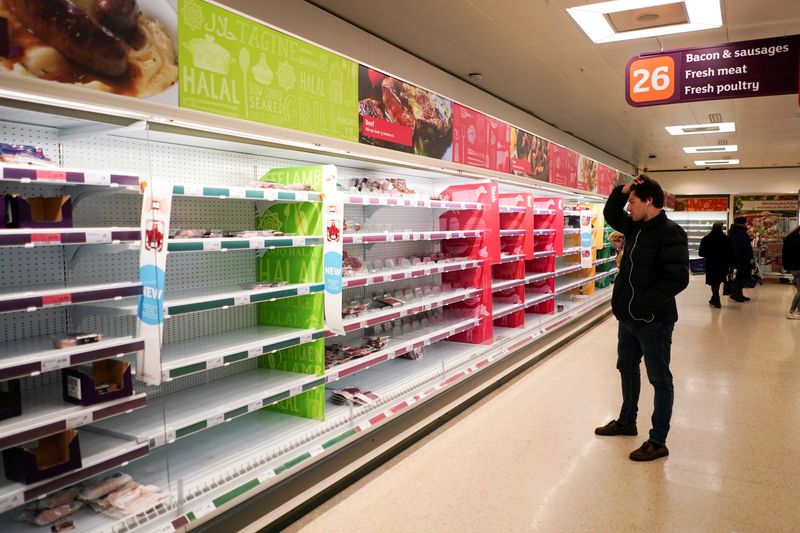