WASHINGTON – Legislation removing “most favored nation” trade status for Russia over the invasion of Ukraine hit a roadblock in the U.S. Senate on Wednesday, as Democrats and Republicans disagreed about whether it should also include a ban on energy imports.

Democratic Majority Leader Chuck Schumer asked for unanimous consent to quickly approve the measure overwhelmingly passed by the House of Representatives on Thursday. The bill would remove Permanent Normal trade Relations (PNTR) status for Russia and its ally Belarus, paving the way for higher tariffs on imports from the two countries.

“We should move the House bill ASAP,” Schumer said.

Republican Senator Mike Crapo objected, arguing that the Senate should not pass the trade bill without also approving a ban on energy imports from Russia that the House passed earlier this month.

Some Republicans also object to a reauthorization of the Global Magnitsky Human Rights Accountability Act, a law that makes it easier to impose sanctions on Russian officials for human rights violations, saying it would give too much power to the president.

Democrats said President Joe Biden had already issued an executive order covering the energy imports, so adding it would delay passage of the bill for a week or more.

Schumer said he planned to continue talking in order to resolve the issue and pass the legislation as quickly as possible. 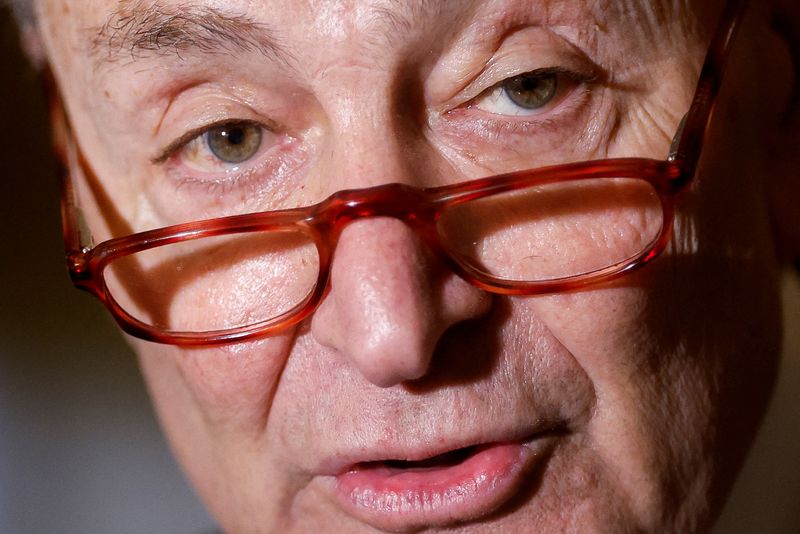